19 Things to Know Before Moving to Austin 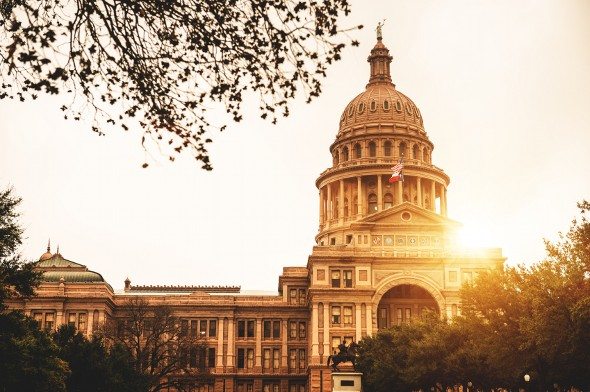 If you’re crazy about barbecue, live music and hot weather you may be weighing the pros and cons of moving to Austin. It’s an appealing city and the cost of living isn’t as high as it is in places like San Francisco and New York. Here are 19 things you should know before moving to Austin.

If you’re planning on moving to Austin, a financial advisor can help you put a financial plan.

By all means, move to Austin. Just know that there are plenty of Austinites who like to complain about the influx of new residents. You may even see people in tees that say things like “Welcome to Austin – Please Don’t Move Here” Like many residents of cities that get a lot of press for being great places to live, Austinites can come across as prickly and resistant to too much growth. But if you’re moving to Austin, you may find yourself whistling the same tune before too long.

Multi-hour lines at Franklin Barbecue? It’s not an urban legend. And Franklin is far from the only game in town. Austinites take barbecue seriously, whether they’re eating it in restaurants or cooking it up themselves. You’ll ruffle some feathers if you compare Austin’s BBQ to what you’ve had in other cities.

3. You Don’t Need a Friend With a Pool 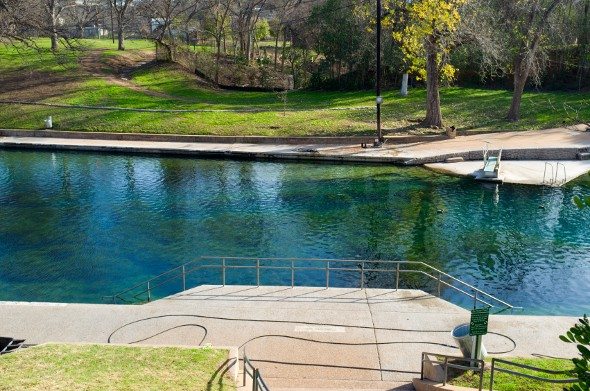 Austin’s hundred-degree temperatures in summer may seem like a good excuse to find a friend with a pool. But when the weather gets hot, Austinites flock to Barton Springs for some public outdoor swimming. It’s a pool of spring water that’s free to swimmers in the off hours and charges a small fee for supervised swimming between 8am and 8pm. It may not be the most pristine water but it’s easy on the budget.

4. But You Probably Need Air Conditioning

Austin continues to beat its own records for the years with the highest number of days when the temperature tops 100 degrees. Depending on your heat tolerance, you’ll probably want air conditioning to help you make it through Austin’s long hot summers. If you don’t have air conditioning at home, you can expect to spend a lot of time chasing air conditioning in public spaces when the weather heats up.

5. You Probably Need a Car

Unlike moving to SmartAsset’s hometown of New York, moving to Austin means you’re moving to a driving city. Sure there are people who get by without a car, either by choice or necessity, but in general Austinites are car dependent. There are public buses, but rail transit hasn’t been able to get off the ground, so to speak.

6. Get Your Live Music While You Can 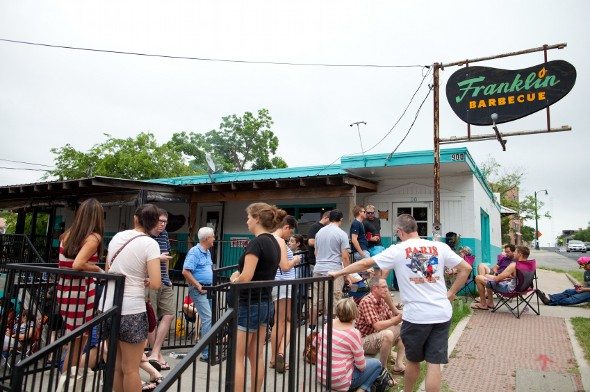 Live music is huge in Austin. You could go to a show every night if you wanted to. But recently, think pieces have cropped up bemoaning the high rents that are threatening Austin’s small music venues. If you want to see the funky, accessible Austin that people have been raving about for years, you’d better act fast.

7. It’s a Great Place to Get in Shape

Austinites are big on fitness. Whether you’re into jogging along the water, doing intervals in the park or hitting a gym, you’ll find plenty of exercise options in Austin. Just make sure you take it easy on the outdoor workouts when it’s 100+ degrees and the midday sun is shining.

One advantage of Austin’s low rainfall and warm weather is that conditions are perfect for food trucks. You can get your fill of tacos and other Austin delicacies from food trucks at festivals, in designated lots and along Austin’s streets. Of course, the city has plenty of chef-driven restaurants and brick-and-mortar establishments, too. But the food truck is a big part of Austin’s food scene.

Austinites tend to be casual dressers. Unless your job requires it or you attend a lot of formal weddings, you probably won’t get much use out of a suit. And with temperatures as high as they are, you’ll probably spend much of your time in shorts and sandals.

10. You Can Escape the Austin Bubble

Yes, Austin is a progressive and booming city, but it’s not the only place in Texas worth seeing. If you’re moving to Austin you’re well positioned to explore the rest of the Lone Star State. You can check out the arts scene in Marfa, go bird watching in Big Bend or head down to the coast.

11. Tech Is Booming in Austin

Austin has a thriving tech scene and many recent transplants to the city moved there to take tech jobs. The combination of job opportunities and entertainment options has spelled success for Austin. The city ranked first in our study of the top cities for recent college grads.

12. South by Southwest Is a Game-Changer

South by Southwest (SXSW) is a week-long music, art, film and tech festival that takes Austin by storm every year. Some Austin residents welcome the event, others flee it. You can always list your place on AirBnB during SXSW if you want to get out of town. If not, you can get in on the action by attending festival events. 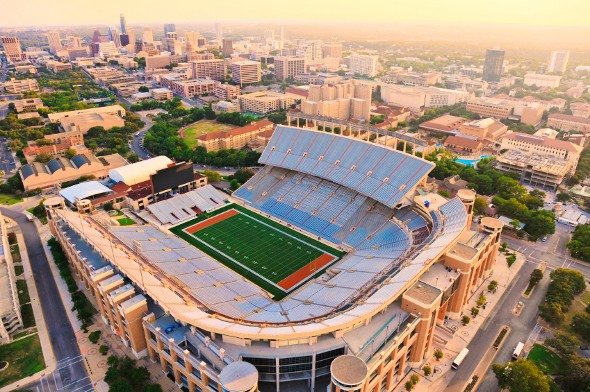 Austin is home to the mammoth campus of the University of Texas at Austin. If you live and work in neighborhoods that aren’t particularly student-y, you may forget from time to time that Austin a college town. But all you have to do is stroll down a frat-y stretch of Sixth Street to be reminded that you’re living in a city that’s home to a giant university.

When moving to Austin it’s easy to get caught up in the amazing barbecue, tacos and beer that surround you. If you’re not balancing that out with some healthy home cooking and a bit of exercise, you might not like the results when you get your next physical.

Austin’s infrastructure hasn’t quite caught up with the city’s population and job growth. The result? Traffic. Lots of it. And not just on I-35. Leave yourself plenty of time to get where you’re going, and be prepared to be flexible. Choose your neighborhood wisely so your commute doesn’t take up too much of our day. 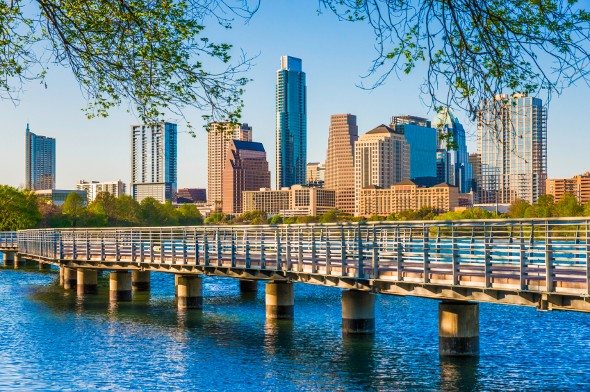 Austin isn’t a sprawling stretch of roads and buildings. It’s blessed with not one but three lakes that offer recreational activities and help make the city what it is. Lake Austin, Lake Walter E. Long and Lady Bird Lake are all at your fingertips when you’re in Texas’ capital city.

Austin gets plenty of press, but not usually for its sports or museum offerings. Austin has no professional sports teams, so if you’re hankering for a pro game you’ll have to visit another city. As far as museums, big offerings are relatively scarce given the city’s size and status as capital of Texas, but small galleries are plentiful. There’s no symphony orchestra or opera house, but plenty of other music options. 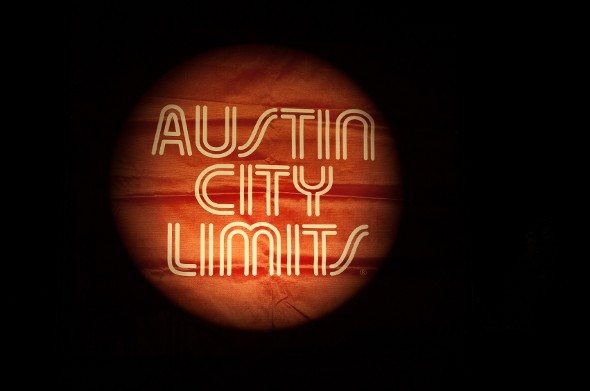 SXSW isn’t the only big festival in Austin. Austin City Limits is a giant music festival that, like SXSW, prompts some Austinites to celebrate and some to get out of town. There’s also Formula 1 Racing and the X Games, giving Austinites plenty of out-of-towners to grumble about.

Austin may seem like its own world, but it’s still in Texas. That means plenty of guns, no state income taxes and no buying liquor on Sundays. Also, sweet Texas tea and bluebonnets along the highway.

Tips to Finance a Move to Austin