15 Things to Know Before Moving to California 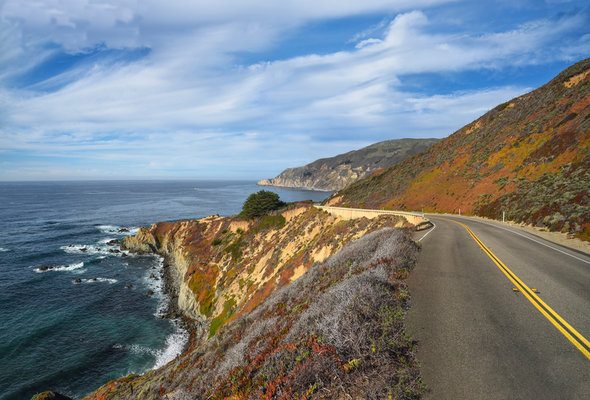 If the thought of enduring another snowy winter fills you with dread, you might consider a move to California. Millennials taking tech jobs in high-cost-of-living San Francisco aren’t the only ones heading for the Golden State. The state’s population has grown by quite a bit over the last decade or so. However, there are some things to be wary of.

Do you have questions about how to manage your money around a move? Speak to a financial advisor today.

Unless you live in San Francisco (hey, big spender!), you will probably need a car in California. It’s a big state, and most of the towns and cities are low-density communities with limited public transit options. Depending on where in California you call home, traffic might also be a fixture in your life. Don’t say we didn’t warn you.

2. Direct democracy is big in California.

Remember the controversy over Proposition 8 in California in 2008? The ballot initiative, spearheaded by opponents of same-sex marriage, sparked a fierce battle and heavy spending on both sides of the issue. Prop 8 is just one example of high-stakes direct-democracy in California. While there are other states that allow citizen-proposed ballot initiatives, California is famous for them. Any California resident can start a petition and gather the required signatures to put a proposal on the ballot.

3. The higher education in California is top notch. 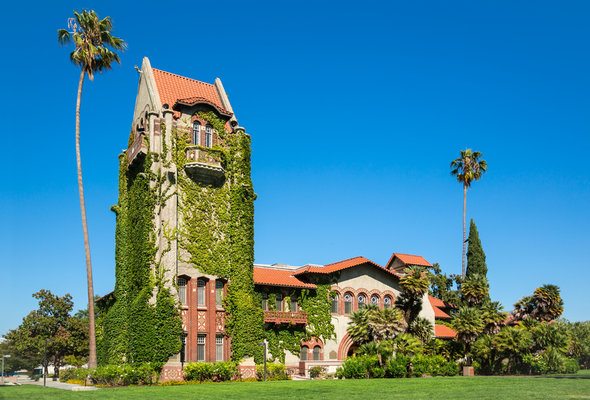 If you have kids or are thinking about going to school yourself, we’re guessing you’ll at least consider taking advantage of in-state tuition in California’s state university system. It’s the biggest public university system in the country. Though in-state tuition prices have risen over the years, they’re still discounted relative to what non-residents pay and still offer great value at some top-notch schools.

4. Moving to California probably won’t solve all your problems.

There’s a famous psychological study that looked at happiness differences between California residents and residents of the Midwest. The result? There were none. Folks living in California were no happier than those enduring harsh winters in the Midwest. So by all means, move to California, but don’t assume that doing so will magically produce a radical change in you.

If you need some help making your financial dreams come true in a place like Long Beach, check out our top financial advisor firms in the city.

Northern and Southern California have distinct cultures and residents of each like to rag on the other. If you’re moving to California, you’ll have to choose sides. One of the main factors you’ll want to consider is weather. There’s a big difference between what you can expect in San Francisco and what you can expect in San Diego. Are you looking for dry and sunny or rainy and atmospheric?

6. If you love nature you’ll love living in California. 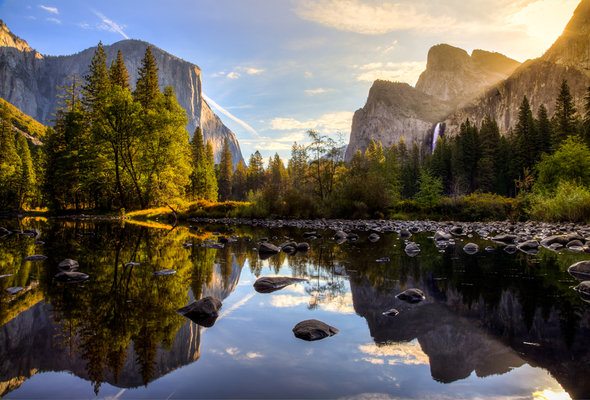 California is a great place to be a nature-lover and an outdoor enthusiast. You can visit a number of national and state parks, hike mountains, visit beaches, ski, surf, swim and camp. If you’re on a tight budget, getting into the great outdoors for a hike or a walk provides free entertainment in the Golden State.

7. It helps to speak some Spanish.

Like the other 49 states, California is multi-lingual. And if you don’t already know Spanish, you might want to pick up the language upon moving to California. You’ll expand your potential friend circle and have an easier time making yourself understood in the Golden State.

8. You’ll be living in an agricultural hub. 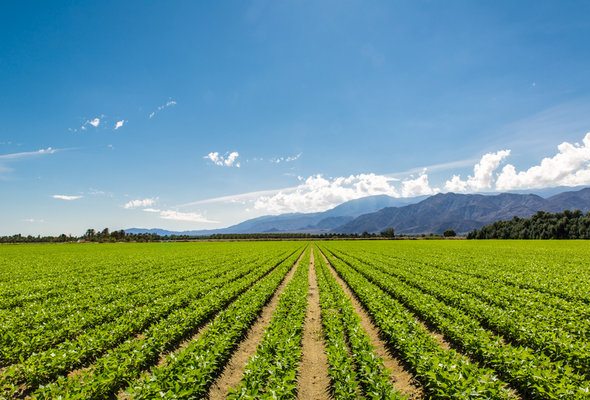 California produces a lot of the produce that the rest of the country – and many other countries – depend on. When you drive by farms in California or head to your local farmer’s market, remember all the hard-working men and women who grow and pick the produce that California is famous for.

9. It’s easy to maintain a healthy diet in California.

If you want a diet that’s heavy on fresh produce (and you can afford it), California is a great place to live. If you want fresh juice, ditto. And if you love eating out but you don’t eat meat, sugar, gluten or some other controversial ingredient, you should have an easier time of it in California than in other U.S. states. Healthy living is big in California and, at least in urban areas, it’s normal to be a little fussy about one’s diet. 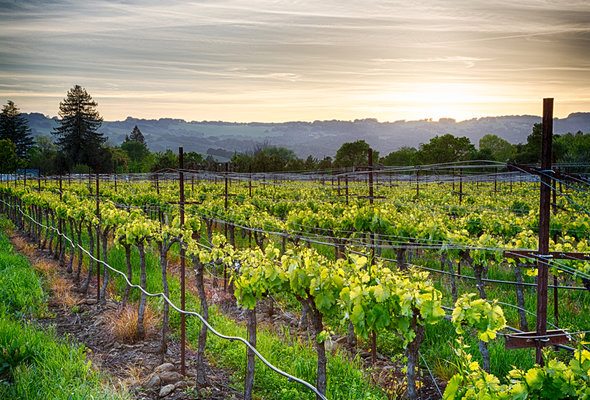 California is the country’s biggest producer of wine. Even if you don’t settle in California wine country after moving to the Golden State, you might want to take a trip there to see what all the fuss is about. Living in California could be the inspiration you need to explore the world of wine.

11. California is a high-tax state.

California income taxes are high – there’s no way around it. If you’re a high earner, you’ll pay a sizable chunk of your earnings to the state government. Of course, you get a lot for that money in California and property taxes are below average which can soften the blow.

In much of California, housing is a big topic of concern. In some cities, housing is out of reach for even upper-middle-class Californians and local zoning rules keep the housing supply low. Other parts of the state still haven’t recovered from the Great Recession and have homeowners who are underwater on their mortgages. If you’re lucky enough to have a house in California that you love and can comfortably afford, you’re doing well.

13. Living in California has its risks.

Wildfires, mudslides and earthquakes are all hazards of living in California. That doesn’t mean you’ll fall victim to one of those natural disasters, but it’s a possibility that’s worth knowing about. It may also affect how much you pay for homeowners insurance if you go from renting to buying in California.

14. California is a testing ground for renewable energy. 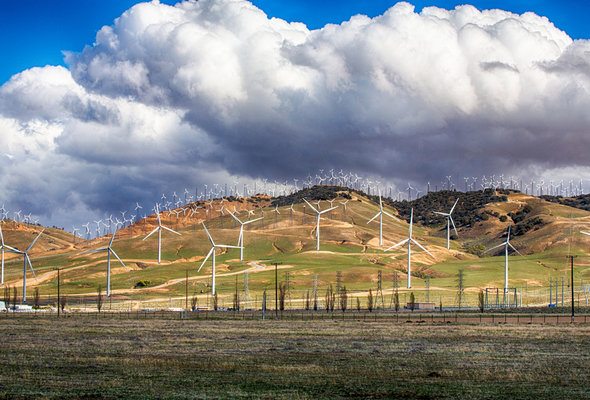 If you’ve always wanted to put solar panels on your home and sell energy back to the grid, California may seem like a great place to get started. And it’s true that solar energy is big in California. However, selling energy back to the grid isn’t as easy in California as you might think. California homeowners with rooftop solar systems face controversial fees as part of an ongoing battle between utility companies and advocates of solar power. It will be interesting to see how the battle plays out and how other forms of renewable energy take off in the state in the years to come.

15. Your friends will want to visit you.

California is a beautiful state that looms large in American culture. You can expect your friends and relatives to want to visit you if you’re moving to California. Your couch or guest bedroom will probably see a lot of use while you’re living in the Golden State.

Now that you’ve decided to move to California, one tip you may consider is funding your move with a 0% APR credit card. This will allow you to defer the cost of your move for 12, 15 or even up to 21 months.  (Just be sure to budget to pay off the expenses before the offer is over to avoid additional fees and interest.) You can check out the best 0% APR cards here.

Financial Planning Tips for Before a Move