A Recession May Be Coming. But Here’s a Silver Lining 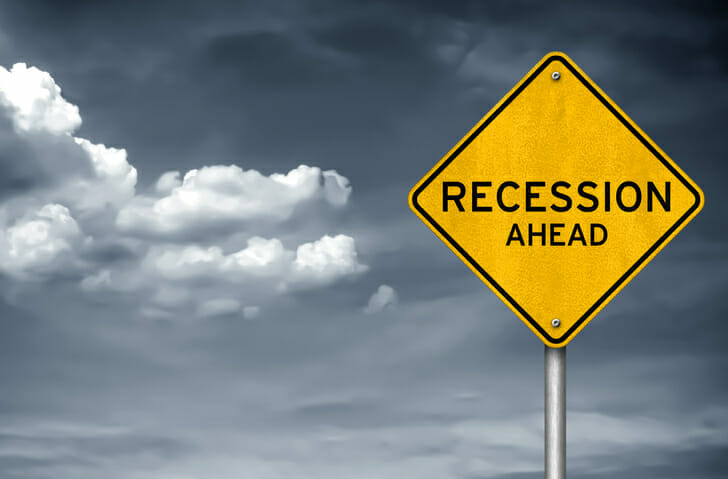 Past economic downturns have shown that we may already be in a recession even before economists can officially tell us. A stock market drop could be an early indicator of a recession. But don’t rush to sell your investments, says investment firm Dimensional. Data shows that five years after the S&P 500 crossed into a bear market, which is defined as a 20% decline when compared with its recent high, it averaged 70% in returns. Here’s what you need to know.

A financial advisor could help you in creating a recession-proof portfolio.

What Data Says About Investments During a Downturn

While a recession could be looming, the forecast for your portfolio doesn’t have to be so bleak. In fact, Dimensional gives you two reasons not to sell your investments during a market drop:

1. Upswings are likely. Dimensional says that for almost a century, from 1926 through 2021, U.S. stocks on average have gained positive returns over one-year, three-year and five-year periods following a steep decline. 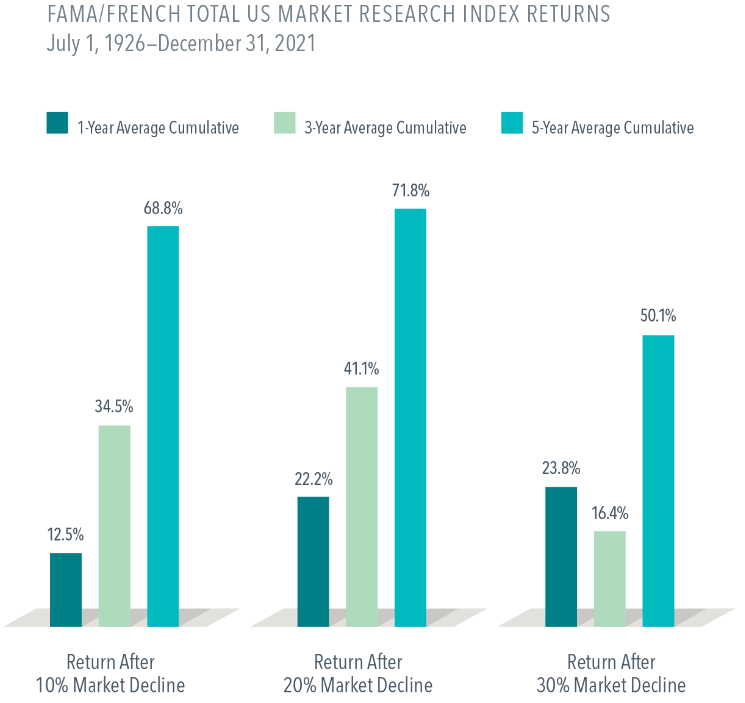 2. Selling during a downturn can backfire. Dimensional pointed out in the same study that if you invested $1,000 in the S&P 500 over three decades between 1990 and 2020 without interruption, your investment would be worth $20,451. 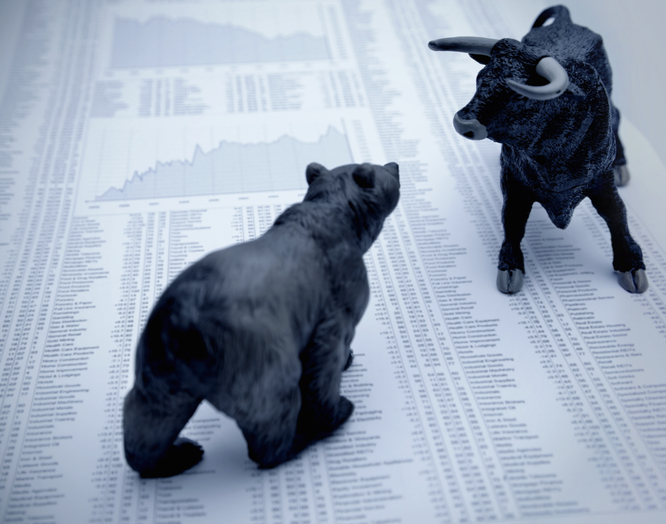 A recession is a major downturn in an economy that can last several months. The technical definition of a recession is a period that has at least two straight quarters of negative economic growth, which is reflected by the gross domestic product (GDP) and usually accompanied by a significant rise in unemployment.

The duration of a recession not only varies depending on how serious the downturn is but on what type of strategy the country’s government and central bank (Federal Reserve in the U.S.) take to limit the damage. On average, recessions typically can last between six and 18 months.

During a recession, businesses across a country lose money, which as a result can lead to a rise in unemployment, hiring freezes, company liquidations, bankruptcy filings and the closing of businesses.

The rise in unemployment could also compel consumers to save their money instead of allowing it to circulate within the economy.

Data shows that staying the course during a downturn like a recession can pay off in long-term gains. Dimensional says that investors who sold investments after the S&P 500 entered a bear market missed out on average returns of more than 70% over five years.

Investment Tips for a Recession