How to Invest in Esports 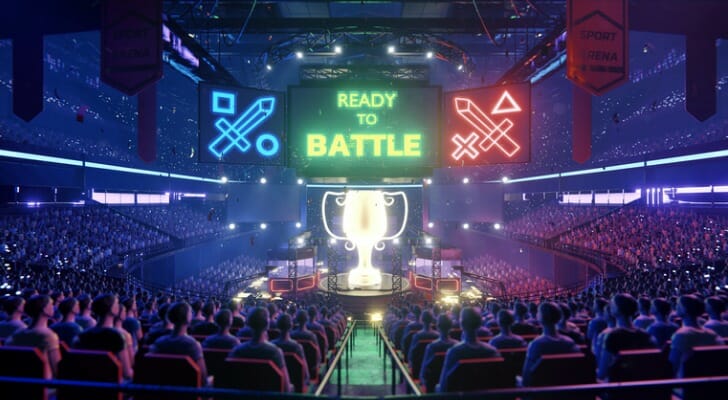 StarCraft changed the world. This computer game was arguably the first major esport, or electronic sport, with immense popularity and a professional circuit in many parts of the world, particularly the U.S. and East Asia. Today many games have a professional following, and it’s possible to invest in them.

Esports are professional video game tournaments. While StarCraft, the game that started it all, still commands a respectable following, team-based combat-style games dominate much of today’s market. Titles like Fortnite, League of Legends, Overwatch and Defense of the Ancients are some of the biggest games around. They are games of speed and skill that demand complete mastery of the rules along with extensive practice and the coordination of a well-functioning team.

As the defenders of esports will tell you, these games are no less a competition than football or baseball, even if the competitors don’t tend to break a sweat.

Esports have become major spectator and professional events. Most people stream their favorite matches, watching them at home, but they often fill arenas and conference centers as people watch teams on monitors sized for movie theater audiences. They also command very real money. In 2019 the winner of the Fortnite World Cup collected $3 million in prize money, while the world champion of Blizzard’s popular Hearthstone digital card game wins $1 million each year.

SmartAsset does not endorse gambling, will not recommend that you engage in such activity and does not provide advice on how to place bets on electronic sporting events. Gambling is not investing. It is a form of entertainment. If you wish to gamble legally on electronic sports we wish you good luck and recommend that you spend money from your consumption or entertainment budgets – not your investing budget.

There are two primary ways to invest in esports. 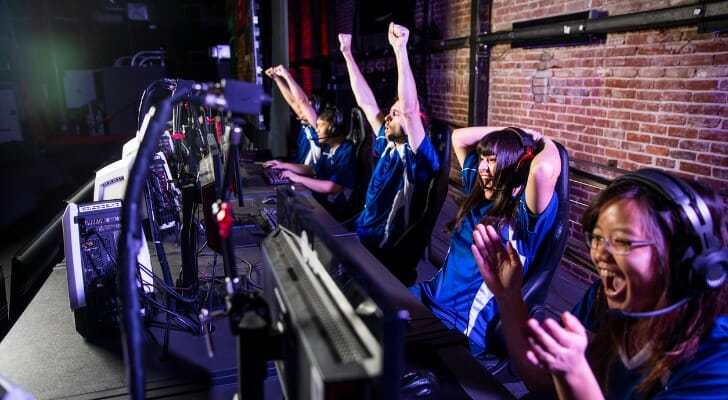 The most direct way to trade on this market is through mutual funds and exchange-traded funds. Several companies have set up funds tied into the esports world. Some build their funds around the specific companies that manufacture these games. These funds will invest heavily, for example, in software companies such as Activision Blizzard or the companies which manufacture the computer hardware to power high-end gaming machines. They anticipate that esport competitions will generate sales as spectators rush to try out their favorite games, in the same way that watching a basketball game might inspire someone to join a pickup match or a rec league.

Investing in one of these funds is like investing in the product placement around a sporting match, or in the vendors who run the concession stands. It is an investment in sales surrounding the competition as much as the competition itself. 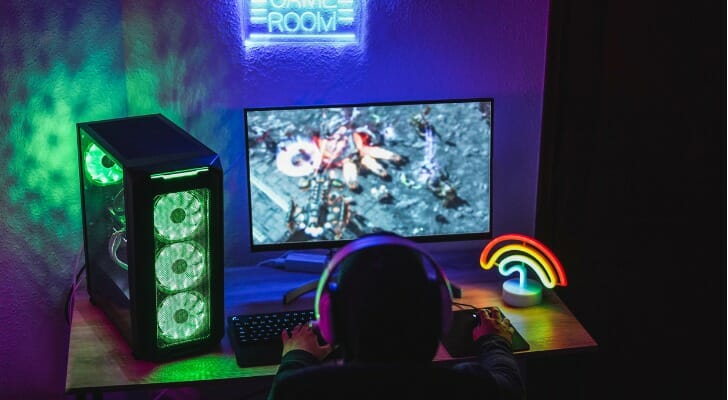 The other main way to invest in esports is by purchasing shares of related companies directly. For example, this would include software makers and hardware manufacturers, which could certainly do well by esports. Nintendo, Sony and Microsoft, to name three, all own the hardware behind their consoles and so will tend to profit off any rise in related sales. However, esports tend to focus more on computer games, that is, games played on a computer rather than on a dedicated video gaming console.

The computer hardware field is extremely diverse, and as an investor it may be difficult to identify one specific company that will benefit from game-related purchases. The one exception to this might be NVIDIA (NVDA), which arguably dominates the market for graphics-related processors, making them highly demanded for gaming machines.

Software companies, on the other hand, own their titles. Possibilities for investment include Activision Blizzard, Tencent Holdings or Electronic Arts, which make some of the most popular titles. You could also invest in companies with broad portfolios in computer gaming such as Paradox Interactive.

Esports have become a global experience. Competitive gamers have millions of fans and collect prizes equally as large. While entertainment stocks are usually highly speculative, as an investor this may be an industry well worth considering.