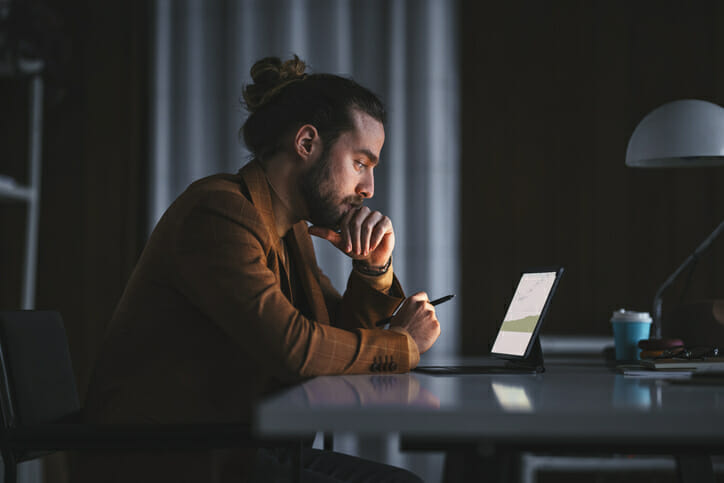 “Digital currency” and “cryptocurrency” might seem interchangeable, but they mean two different things. Digital currency refers to any currency that exists online. Cryptocurrency, on the other hand, refers to currency held as a record on a blockchain database. This distinction is important because it can have significant tax implications. If you hold traditional currency in digital form, the IRS taxes it as money and income. But, if you hold cryptocurrency or other purely digital assets, the IRS taxes it as property. Here’s what you need to know as an investor.

Whether you buy digital currency or cryptocurrency, a financial advisor could help minimize your tax liability.

What Is Digital Currency?

“Digital currency” can mean a few different things. In a nutshell, this term refers to money that exists online, though digital currency can have one of two broad definitions:

The difference is that under the more common definition, dollars, pounds and euros can exist as digital currencies when they’re held and moved online.

For example, say you open a bank account with $10,000 in it. You might find a bank that will literally keep a vault filled with cash on hand, with your $10,000 stored inside. In this case all of your money would be held in physical currency. But more likely you’ll find a bank that holds your cash as an entry in their database. They record your $10,000 and hold it in digital currency. You can spend it as a digital currency (for example, if you use your debit card to pay for things) or you can spend it as physical currency (for example, if you make a withdrawal from the ATM).

Your money can move back and forth between physical and digital form depending on how you hold it.

The second, more narrow, definition of digital currency refers to currency that has no physical notes or coins. Under this definition, a standard currency can’t take digital form.

This definition is more rarely used because few examples of pure digital currencies exist in the world. Some banks and governments have begun to explore creating digital currencies as a form of intermediary value to use when executing cross-border transactions. However, this writer is not aware of any organization that has actually launched a project like that, in part because the dollar continues to function as a stable, effective global store of value.

This is important to note because, while cryptocurrency is informally defined as a currency, legally it is not. As far as the IRS (and usually the SEC) is concerned, this is either a form of property or a financial product. It is not treated as money.

This distinction is also important because almost all money is functionally digital these days.

The M1 and M2 money supplies measure how much money is held in these physical assets, as well as how much money people hold in checking accounts, savings accounts and other cash-equivalent deposits. (A cash-equivalent deposit means that a defined amount of money is held on account. A good rule of thumb is that an account is cash equivalent if you can withdraw money directly. It is a liquid asset if you have to sell it first.)

The M2 money supply is considered the standard definition of how much money exists in the United States. At time of writing, it measured approximately $21.8 trillion moving in the U.S. economy. However the M0 money supply (otherwise known as the Total Monetary Base) measured $6.1 trillion worth of hard currency in circulation.

For every $1 in printed dollars, Americans hold an additional $3.5 in assets. That overage is held in bank accounts and ledgers, and in the 21st century it is almost (if not entirely) all held in digital currency. 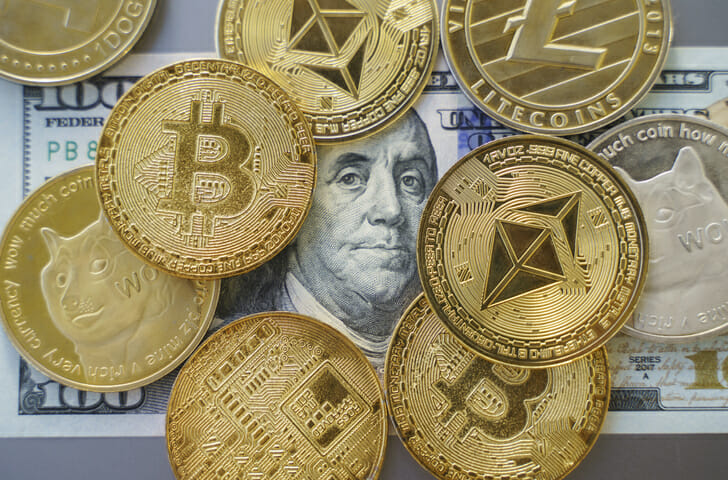 As with digital currency, cryptocurrency is defined in two ways:

Under the second definition, you can use any kind of digital security to create a cryptocurrency. This generally isn’t how people use the term for a number of reasons. Among others, according to this definition virtually any currency can be a cryptocurrency. But while your bank can use cryptography to secure the dollars in your account, that doesn’t make your dollars a cryptocurrency.

At the same time, cryptocurrencies and blockchain are largely inseparable. At time of writing all crypto projects used blockchain for their security and data storage.

When you own a cryptocurrency, you literally own an entry in a database. The ledger will record, for example, that Bitcoin ABC123 belongs to you. When you spend it, the ledger will update that entry to reflect the bitcoin’s new owner. There is no other asset or physical entity that “is” a single bitcoin.

Digital currency is any currency held in digital form. While sometimes the term can be used to refer to currency that has no physical form and only exists online, this is not the preferred use of that term.

Cryptocurrency refers to exclusively digital currency that is based on the blockchain storage format. Although sometimes the term can be used to refer to any currency secured with cryptography, this is not the preferred use of that term.