The Reality (and Cost) of Running a Renaissance Fair 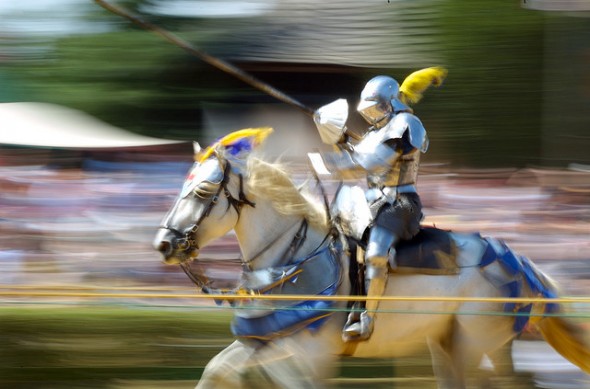 As the last traces of the long and brutal winter disappear across the country and the weekends start to get warmer and sunnier, people of a certain mindset – let’s call them history nerds – start to get the idea to recreate centuries past, even if only for a few days and only within the confines of a local park or field. Yes, late spring and summer are prime renaissance fair season, when organizations like the Society for Creative Anachronism put on reenactments of royal courts, jousts, feasting, bards’ performances, and other aspects of medieval life for the entertainment of all and sundry… often at a cost of upwards of $10,000.

The staging of a renaissance fair is something of a heroic feat unto itself. There are a lot of elements to be accounted for if you’re trying to make an authentic medieval town come to life – almost everything in that town’s day-to-day existence, from the food to the entertainment to the politics, takes a lot of time, effort, and money to replicate.

The first thing to take care of is the venue. Unless the event’s organizers own a large plot of open land, they’ll likely need to rent park space for the duration of the fair. The cost to do this varies from city to city, but municipal parks and recreation departments typically only charge a nominal hourly fee of $20-30. Still, this adds up when an event is held for two, three, or more days from dawn to dusk. On the low end, Chester County, PA charges $90 a day for a large park pavilion, while on the high end New York City charges anywhere from $600-2,600 a day for “general events” in outer borough parks, depending on the amount of the park used.

And getting the permit takes some explaining, as well as a lot of red tape and forms to fill out. “I’ve had city officials look at me askance and have no idea what I wanted to rent their park for,” says Pennsylvania SCA member Branwen Molloy. “Admittedly, it all does sound a little crazy, when you bring up archery and sword fights.” 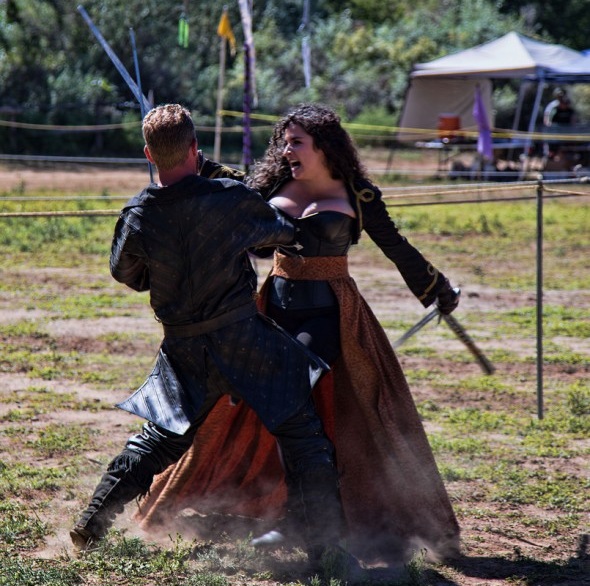 Any good renaissance fair has real, or at least realistic, combat, except unlike in the chaotic melees of medieval war, the goal is to minimize the chance of injury, not to maximize it. The tournaments are typically the big draw for the public (one does not pay the bills, or even break even, on turkey drumsticks alone), and if the fair has a storyline that’s played out in audience-participation scenes, the climax usually comes in the form of a big fight in front of some dramatic set piece or other.

The SCA has a whole list of requirements for staging tournaments with medieval weapons, and if these aren’t followed to the letter one little mishap could result in gashes, bruises, or worse. The regulations include weight and size restrictions on weaponry, from sword length and lance weight to exactly how many flanges you’re allowed to have on the head of your mace.

The fighters themselves have to be trained, by an organization like the Society of American Fight Directors, a governing body for theatrical stage combat, because, according to Molloy, “There are few things scarier than a reckless amateur swinging around fifteen pounds of tempered steel.” The SAFD charges $1,350 for its introductory courses, and $1,850 and $2,400 for proficiency and advanced-level classes, respectively, so renaissance fair organizers need to make sure their fighting cast is trained months in advance and, possibly, pony up for the fees. And if those fighters can’t all provide their own weapons, stage combat-quality weapon replicas run from about $60-300 each on eBay. 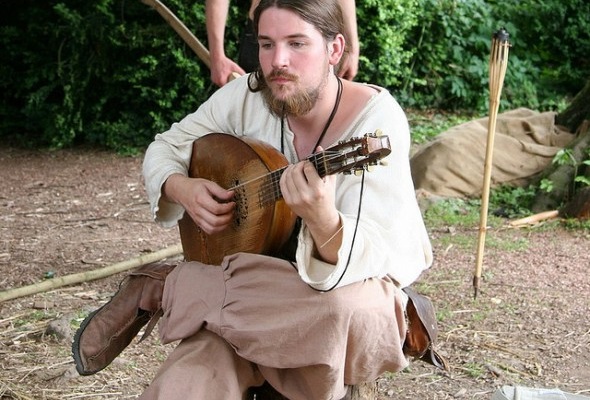 The performances aren’t all battle cries and ringing metal, however – when one thinks of a stereotypical Middle Ages castle, jesters and troubadours hired by the nobles come to mind. So a renaissance fair has got to have something along those lines, whether in the name of authenticity or just as an excuse to play bawdy drinking songs like “The Wild Rover” and “Alan-a-Dale.” Although these singers, actors, jugglers, and lute players may be volunteers, they still need to rehearse, get outfitted in costumes, and have a performance space on the days of the fair.

Even if they can supply their instruments, outfits, sheet music, and rehearsal space all by themselves, there’s still the matter of setting up an outdoor stage. Roadway Productions offers a basic outdoor concert stage setup for $2,100 for one day, plus $500 per additional day of use, meaning a three-day renaissance fair would result in about $3,000 in stage costs. “In terms of courtesy it’s best to give the musicians each a $50 stipend for all their time, so with a couple of dozen performers that’s $1,200 in extra cost,” Molloy says.

To Feast in Glory 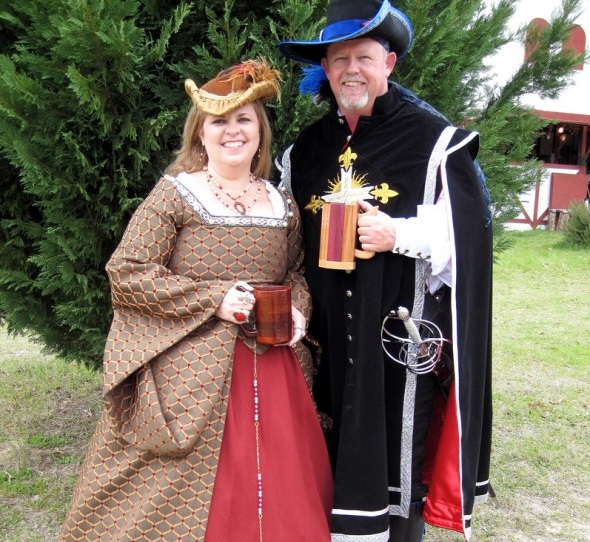 Of course, crowds and cast members get hungry, so a proper renaissance fair will have stands selling (an approximation of) period-appropriate food – think lots of grilled meat, hot bread, and beer, wine, and whiskey for those over 21. This requires a food-handling license for everyone involved, which runs $114 plus a five-day safety course in New York. Some jurisdictions may also require a permit in order to serve alcohol. Of course, since the food is sold and not given away, except perhaps to the performers who get complimentary meals for their troubles, the proceeds cover the ingredient expenses; but there’s still considerable overhead just to buy what’s needed to feed hundreds of people.

Assuming a renaissance fair can be put on by a staff of fifty, which Molloy calls a benchmark number, compensating ten combat performers, twenty musicians and other cast members, and twenty people to handle food and general provisions for their time alone would cost $2,500. If half the fighters need training and half of them need weapons, and half the food handlers need to be licensed, that’s an extra $8,200 in costs for the staff. If a stage and an open space also need to be rented for three days, that’s $3,500 total. All told, the basics for running this hypothetical fair come to $11,700.

Unfortunately, since it’s hard to commercialize such an event, unless a particularly popular folk band is playing, the organizers have to eat any of the cost that isn’t recouped by ticket, food, or merchandise sales. Molloy says that renaissance fairs are meant for everyone, and the ticket fee is deliberately kept pretty low – from $10-15 a day. This means there have to be from 800 to 1,200 tickets sold over the course of a fair’s weekend run in order for the event to pay for itself in tickets, which can be easy or difficult depending on the population of the surrounding area and the enthusiasm that such an event can muster up.

Merchandise can be profitable, but there’s overhead involved – t-shirts, probably the most commonly sold merchandise item, are typically ordered from a screen-printing company, and CustomInk quotes about $5,800 for 1,000 adult-sized shirts, with a monochrome image, running from small to 3XL. These are usually sold at $10 at renaissance fairs, which means about sixty percent of them must sell in order to break even on the order.

Molloy says she’s been involved with organizing fairs that have failed to break even, and has had to chip in her own money to cover the remaining expenses. But even though this meant having to pay to work on a weekend for her, she says she rarely if ever has regrets. “Nobody’s in [renaissance fairs] for the money, and nobody should be because it’d be impractical. The experience, though, is priceless. You wouldn’t get to do this stuff at any other type of event. You get to be a knight or a bard or a royal for a few days – it’s glorious.”