Fast Food Advertising, Obesity and the Cost to Everyone 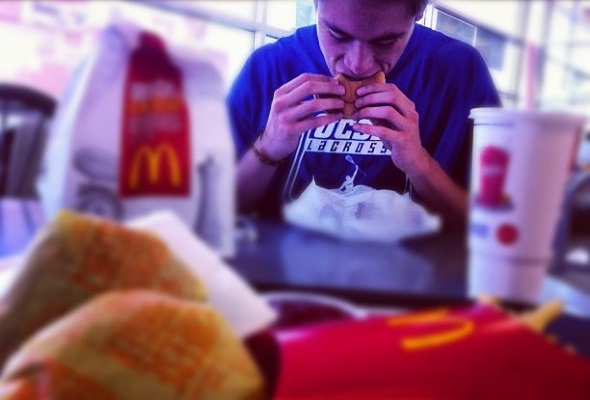 In the U.S., there is growing national concern over the obesity epidemic. According to public health workers, anyone with a body mass index (BMI) over 30 is considered obese. Nearly, one-third of Americans are obese today, and it is estimated that by 2030, 42% of Americans will be obese. Obesity is a major concern for a number of reasons, many of which center around the healthcare costs associated with obesity.

Those who are obese are more likely to develop what is often referred to as obesity-related ailments, which include type 2 diabetes, heart disease, kidney failure and more. Given the already escalating nature of healthcare costs, there is great concern over what the growing obesity epidemic means not only for health, but for finances. At the center of the discussion on obesity, are fast food restaurants, particularly fast food advertisements.

When it comes to advertisements by fast food chains such as McDonalds and Burger King, researchers found there was a major difference in the way the ads were presented to children and adults. Katy Bachman of Adweek, writes that while 23% of the adult advertisements surveyed, contained food packaging, 88% of the children’s advertisements placed an emphasis on food packaging. Furthermore, 68% used premiums such as kids’ toys and 55% of children’s advertisements contained movie-tie ins. This research is poignant because it points out that for children it is difficult to distinguish between the premiums and the product that is actually being advertised. Of course, this type of advertising is more likely to allure children and make them want to purchase from these chains, which can have dangerous health consequences.

A study published on the Healthychildren.org website found that youths who were able to identify a large percent of 20 stills from fast food ads, were twice as likely to be obese than those who did not have as much familiarity with the ads. This correlation demonstrates that these fast food advertisements are hitting their intended market, but the overall health of these children is suffering for it. This leads many to question what are the implications on the overall health of today’s children and adolescents, along with the monetary costs of this issue?

Obesity is not just a health problem, but is also an economic problem. Due to the ongoing issues with the cost of healthcare, legislation has been proposed to raise health insurance premiums for those who are obese, similar to the way premiums are raised for smokers. Obesity has also been linked to decreased worker productivity and increased employee absenteeism. It is estimated that obese men take 5.9 sick days per year, while obese women take 9.4 more sick days per year. The decreased productivity, higher insurance costs, and higher absenteeism, make obese individuals often costly for businesses. This can impact hiring decisions, which can obviously impact personal finances.

All businesses should have the right to advertise their products to their target market. However, when your product can have a major impact on the health and financial well-being of this market, your advertising strategies deserve to be called into question. Fast food chains advertising to children have been demonstrated to be directly correlated with obesity in children, and this obesity can have serious physical and financial health consequences down the line. This information reveals just how important it is to be aware of the impact of advertising can have on all aspects of our lives.