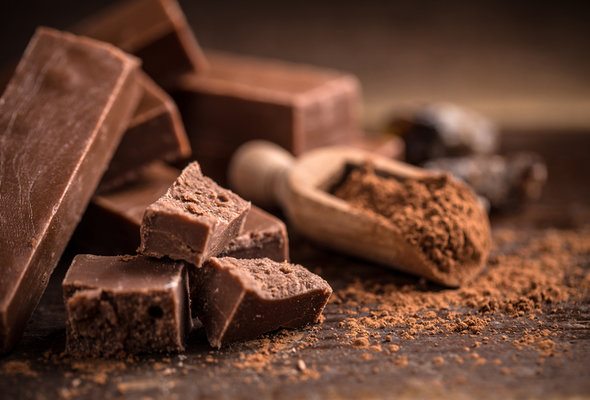 Once upon a time, chocolate was unheard of across most of the world. From the 1800s BCE to the 16th century CE or so, it was exclusively consumed by a small group of people – Aztec nobles in what is now Mexico. Nowadays, $20.6 billion worth of chocolate is sold in the United States each year alone, and the worldwide market is projected to approach $100 billion annually in two years. And indeed, Americans love their chocolate fix, as they have for decades. But the ways we’re getting our dose of chocolate are becoming more diverse.

For decades, the United States candy landscape was entirely dominated by large, monolithic chocolate companies, such as Mars, Nestle, and Hershey’s, which continue to be the number one, three, and six producers of chocolate in the world in terms of revenue, respectively. And almost all the chocolate they sold in previous decades was milk. The more bitter dark chocolate was thought not to match consumers’ tastes.

While that may have been true, once, and milk chocolate may still reign supreme – with 51 percent of adults listing it as their favorite type – dark chocolate is gaining. Sales of the dark stuff grew 9 percent last year, as opposed to milk chocolate growth of just 6 percent.

“Dark chocolate has health benefits, and that is a source of appeal, but also I believe people’s palates are really becoming more sophisticated,” said Katrina Markoff of artisan chocolatier Vosges Chocolate. “My culinary school instructors said they were once taught that it would be impossible to make most Americans like dark chocolate. But there is more awareness and curiosity about milk and dark and even different specific varietals.”

The “health benefits” that Markoff cites as driving the sales of dark chocolate are a relatively new discovery in medicine whose mechanisms are still not fully understood. Studies point to dark chocolate having antioxidant properties that make it beneficial for heart health, and it is now thought that its chemical components can be processed into anti-inflammatory compounds by specific bacteria in the human gut. One food industry analyst has said that dark chocolate’s lower levels of sugar and fat also make it appealing in an environment where people are concerned about obesity.

Related Article: Valentine’s Day Substitutes That Will Save You Money 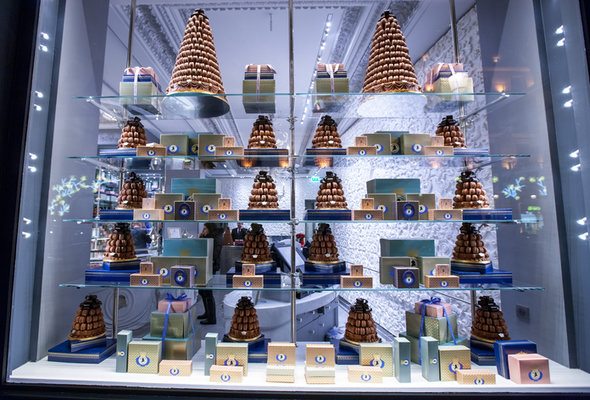 Alongside the rise of dark chocolate, there has also been a perceptible growth in the market share of boutique chocolate firms, otherwise known as those chocolate makers other than the major corporations. The Fine Chocolate Industry Association, which has only been in existence for seven years, calls fine, premium, or boutique chocolate the fastest-growing segment of the confection market, with a 17 percent revenue increase from 2006 to 2011.

It was historically hard for small businesses to break into chocolate manufacturing because of how involved the processes for turning cacao into chocolate are. After cacao pods are ripe, the beans must be extracted from the fruit (there may be up to fifty in one pod), fermented for a week, then dried for a week.

It is the dried beans that manufacturers purchase, but even these refined beans must be roasted a precise amount, depending upon the type of chocolate being produced. At this point they’re broken into cacao nibs, slowly ground into a powder and heated to release the oils in the nibs, which separates it out into the substances called cocoa mass and cocoa butter.

The mass and the butter are then recombined before the chocolate is finished and allowed to solidify. All of this requires specialized equipment and constant monitoring, making it labor-intensive.

But while making chocolate is time consuming, companies are able to charge an impressive markup for the final product. Raw cocoa currently costs $2,358.11 a metric ton, which means about $1.05 a pound. Cacao can also be pretty efficiently converted into chocolate – it takes 500 grams, or 1.1025 pounds, of dried beans to make a pound of chocolate. Meanwhile, Vosges sells its Barcelona 3 ounce chocolate bar, which also contains fleur de sel and almonds, for $7.50. Diced almonds can be had at wholesale for $5.50 a pound from JustAlmonds, and fleur de sel for $178.49 for 13.2 pounds, or $13.52 a pound, at Saltworks.

Assuming the bar contains one-tenth of an ounce of almonds and one-fiftieth of an ounce of salt, the materials cost for that chocolate bar amounts to $0.22 of chocolate, $0.03 of almonds, and $0.02 of salt. That $0.27 is marked up close to 2,800 percent for the $7.50 finished bar, though that doesn’t account for labor or equipment.

This kind of profit margin means that entrepreneurs in the chocolate field can raise the overhead necessary for chocolate-making machines from their investors. In a healthy market for small-producer chocolate, this means that the initial risk of buying the many necessary supplies is both lessened and promises greater reward.

As a consequence, the chocolate industry is no longer relegated to locations like the headquarters of the largest companies, like Hackettstown, NJ for Mars and Hershey, PA. The Deseret News reports that there are major “craft chocolate” makers headquartered in California, which has fourteen such companies, along with eight in New York, seven in Hawaii, four each in North Carolina, Oregon, and Texas, and three in Utah. That’s a much greater coverage of geographical area than just the East Coast locations where the major corporations operate.

A World of Growth 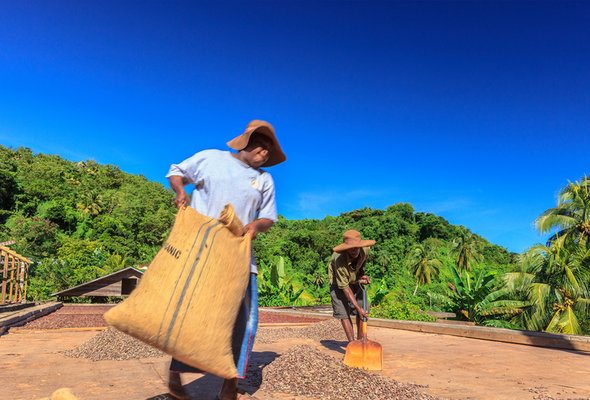 And the demand from these artisan companies for exotic strains of chocolate has spurred the growing of cocoa beans in countries other than the traditional producers in West Africa and South America. Vietnam, for example, had fewer than 2,000 hectares (roughly 4,900 acres) of chocolate plantings ten years ago, and now boasts about 54,000 acres, NPR reports. That’s a gain of more than 1,000 percent in a decade! Though cacao still isn’t one of the country’s major cash crops, more boutique chocolate producers cropping up means greater demand for this country’s “bold, characterful” beans.

“Single origin chocolate is still a small sector of the market, but customers are willing to pay a very high premium for it,” Markoff said. “Just like a drinker can detect the terroir of a wine, the qualities imparted to it by its native soil, the same is true for the chocolates of a country. It is a one-of-a-kind experience, something you cannot taste except by having a piece of single origin chocolate.”

The large candymakers were once able to control the market because of a lack of interest and knowledge about chocolate alternatives. But now that the public is aware, the genie seems impossible to bottle back up – artisan chocolatiers are able to offer a range of taste, variety, and quality, thanks to the small size of their operations, that the larger producers can’t match.

And so far it appears a public that has tasted the “food of the gods” (that’s what chocolate’s scientific name, Theobroma cacao, means, after all) prepared with artistry will continue to demand that same kind of quality. While companies like Hershey’s and Mars will still sell chocolate bars by the millions, the growth of boutique chocolatiers doesn’t show any signs of stopping, and sweet-toothed entrepreneurs will continue to start small chocolate businesses in locales across the nation, which will import their raw materials from all around the world.

Update: Have financial questions beyond the economics of chocolate?  SmartAsset can help. So many people reached out to us looking for tax and long-term financial planning help, we started our own matching service to help you find a financial advisor. The SmartAdvisor matching tool can help you find a person to work with to meet your needs. First you’ll answer a series of questions about your situation and goals. Then the program will narrow down your options from thousands of advisors to up to three fiduciaries who suit your needs. You can then read their profiles to learn more about them, interview them on the phone or in person and choose who to work with in the future. This allows you to find a good fit while the program does much of the hard work for you.