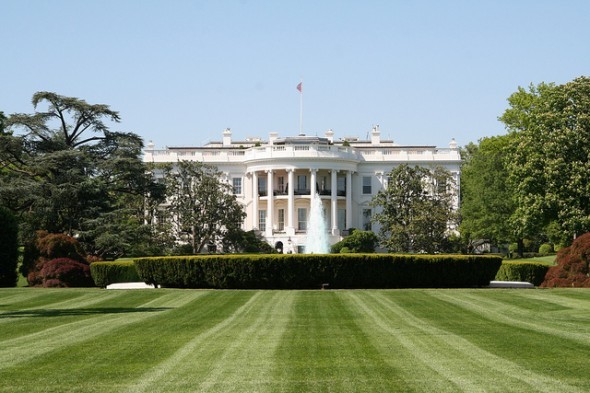 The new plan arrives as the debate surrounding America’s debt approach the five year mark.  The White House’s new strategy appears to be an  attempt to satisfy both Democrats and Republicans as it will avoid raising taxes and cutting spending, while simultaneously creating private sector jobs.

An official statement released by the President’s office stated,“The White House, like many American households, is under increasing pressure to meet its financial obligations. After investigating numerous options proposed by members of Congress, the Federal Reserve and policy centers, the Office of the President has concluded that the best way forward is to finance its most valued collateral .”

The statement continued, “This proposed solution has the intention of satisfying all parties currently invested in America’s future. The increase in liquidity will  go towards reducing the national debt, and creating a special branch within the participating banks. These departments will be responsible for processing, funding and monitoring the status of these loans.”

President Obama’s new fiscal policy is historical in many ways. It is the first time an official government property has been financed through consumer products in the nation’s history. Early speculation suggests that the policy is driven by historically low mortgage interest rates, and anticipated growth in the housing market. The White House was unavailable to comment on how it plans to evaluate the true market value of the properties, or the terms of the loans.

However, third party valuations of the White House do exist. A 2012 analysis of the 55,000 square foot mansion by Zillow valued the property at $294.9 million. The estimated value takes into consideration public data, and recent sales in the Washington D.C. area.

The 2012 estimate is up 7% since the start of President Obama’s first term. Suggesting that Mrs. Obama’s keen eye for interior design, and her support of the President’s decision to replace the bowling alley with a basketball court will be well received by the marketplace.

A quick glance at the numbers suggests that there shouldn’t be any issues with the President’s plan, as the U.S. economy generates more than enough income to support a loans monthly payments.  Official GDP numbers for 2012 totaled in excess of $15.864 trillion thanks to steady growth in business investment, residential fixed investment and home improvement investment.

However, the United States treasury is running a $1.09 trillion deficit as the national debt creeps towards $17 trillion. Official estimates of the debt to income (GDP) ratio are around 107%-110%, approximately five times what any mortgage lender would consider high risk. Which begs the question did the White House even do the math before they formulated this plan, and if so what numbers are they using?

That’s right the United States is too broke to afford a loan on it’s own house. Why? Too much debt and not enough cash savings.

Click through the slideshow to see how the SmartAsset calculator grapples with the insanity of government debt (we found similar symptoms to the government’s behavior on  Schiz Life, shocking)