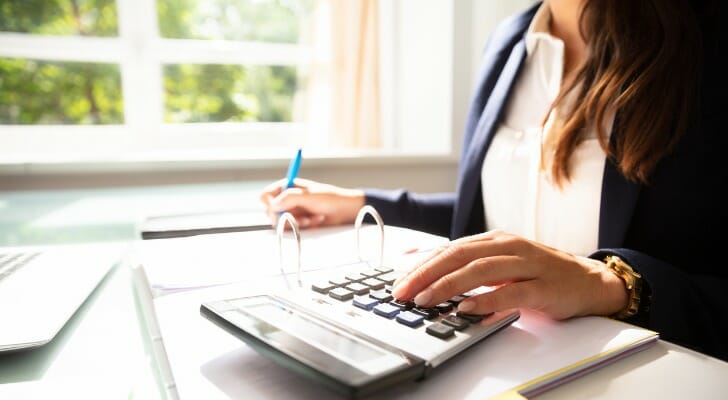 If you’re expecting a big refund, tax season can be a pleasant time of the year. There is always a chance, though, that you could end up actually owing the government money. Some taxpayers are able to cover those costs, while others have to turn to alternatives like payment via installment plan. With taxpayers meeting with their financial advisor or accountant to get prepared for tax season, SmartAsset decided to analyze the data and see which states have the biggest average tax debt among those taxpayers who do owe money to the government.

To find the states with the biggest tax bill in the U.S., we analyzed two metrics at the state level: the number of tax returns with underpayments and the total amount of underpaid taxes. For details on our data sources and how we put all the information together to create our final rankings, check out the Data and Methodology section below.

This is SmartAsset’s second study on the states with the largest tax bills. Check out the 2019 version here. 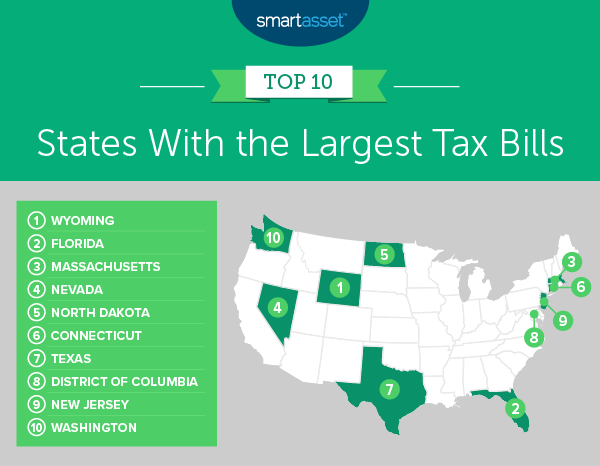 Wyoming has the highest average amount owed in taxes across all 50 states and the District of Columbia, at $8,077. The total amount underpaid in the state, according to 2017 data, was $442,198,000 spread out across 54,750 tax returns with underpayments.

The average amount owed at tax time in Florida is $7,197, almost $900 less than our highest-ranking state for this metric, Wyoming. This is the result of a total underpayment amount in the state of $14,797,608,000 – the third-largest amount for this metric in the study overall – spread out across 2,056,190 tax returns with underpayments.

According to IRS data from 2017, there were 736,170 tax returns with underpayments in Massachusetts. The total amount underpaid was $5,192,037,000, and the average amount a Massachusetts taxpayer owed was $7,053. Those looking tackle their taxes in the Bay State should check out the top financial advisor firms in Massachusetts.

To find the states with the largest tax bills, we looked at data for all 50 states and the District of Columbia. We focused on the following two metrics:

We then divided the amount of total underpaid tax (the money taxpayers owed) in each state by the number of tax underpayments in that state. The result represents the average underpayment amount for taxpayers who underpaid on taxes throughout the year. We used this dollar figure of the average in taxes owed by state to rank the entire list from highest to lowest. All data comes from the IRS and is for 2017.

Tips for Dealing with Taxes