What Is a Sinking Fund? 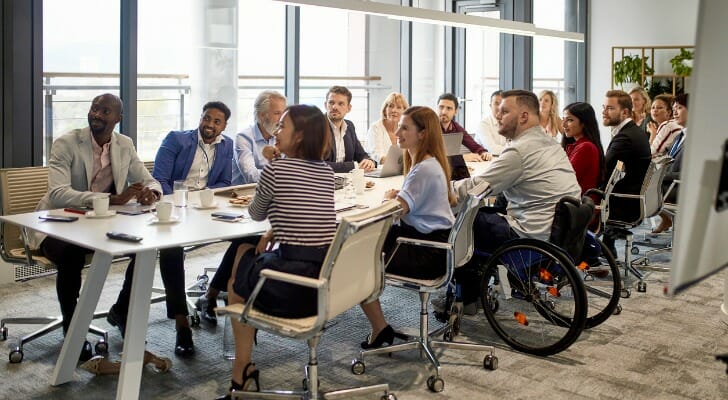 Say you have a $10,000 loan and are considering how to pay for it. You have two choices to make. One way would be to increase the amount you pay or the frequency of your payments. However, a second way would be to place your payments into a fund dedicated to paying off the debt once the fund is full. The latter is called a “sinking fund.” Here’s how it works.

What Is a Sinking Fund?

A sinking fund is a type of fund, account or investment set up to repay a loan. It is often used by corporations preparing to pay a bond or in advance of a major purchase like a stock buyback or a strategic acquisition. Sinking funds are also used by individuals preparing to pay off significant debts, such as university loans, or to make large purchases.

The structure of sinking funds can differ. At all times, though, they are funds that the corporation or individual sets up in advance of paying off a debt or making a significant purchase. In some cases the nature of this fund can be a simple depository account. A company looking to pay a debt may set aside money on a periodic basis in an account specifically designated for that purpose.

In other cases a sinking fund can be an investment account. An individual looking to pay a debt, for example, may put money into a series of mutual funds. As a sinking fund, this portfolio would be specifically designated for paying off a given debt with the proceeds of its investments.

Any fifth-grader who has ever held a bake sale to raise money for a class trip or any couple who has ever set aside money each month to pay down the credit card has experience with a sinking fund.

Examples of a Sinking Fund

Say that XYZ Corp. has a $100 million bond issuance. The bonds pay a 1% biannual interest rate and mature in 20 years.

As a standard bond, XYZ Corp. cannot pay this debt off early. It can only do so after 20 years when the bonds mature. (The alternative is what’s known as a “callable” structure. Under this format a company can pay bonds early much like an individual can pay off a private loan.) This can create a potential cash flow problem in 20 years when XYZ Corp. has to pay back the full $100 million all at once.

To avoid this problem, XYZ Corp. sets up a sinking fund in the form of a designated account at its bank. In addition to the interest payments it makes, the company puts $5 million each year into this fund. At the end of 20 years, all $100 million has been gradually deposited into the sinking fund and is available to pay off the bond.

These $5 million deposits act as debt payments, at least from an accounting standpoint, because the money is taken from XYZ Corp.’s general fund and set aside into a long-term dedicated account. The effect is as if XYZ Corp. had paid off the bond in installments, even though the structure of a standard bond doesn’t allow for that.

Richard and Alice would like to buy their first home. To do this, they will need a $20,000 down payment.

To prepare for this the couple opens up a portfolio in which they buy a series of market-indexed mutual funds. They invest in this portfolio regularly, putting in $300 every month. In addition to their own deposits the fund grows with the market, compounding any gains.

Once their portfolio hits $20,000, the couple closes it down and withdraws the entire sum. (This scenario, obviously, ignores tax concerns.) They now have the deposit for their first home, developed over time through steady investments and growth.

Purpose of a Sinking Fund 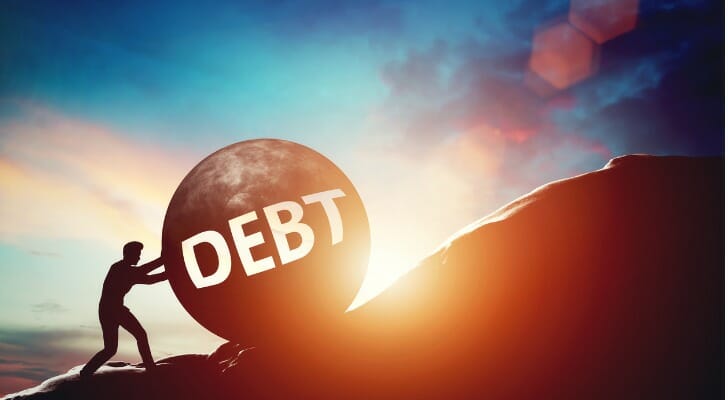 A sinking fund has many purposes. Whether used for personal or corporate finance, arguably the most important use is simply to prevent sudden shocks. Paying a large debt all at once is a potentially disruptive financial event. Whether it’s $10,000 on a student loan or $10 million on a bond, spending a large amount of money at once can create problems. A sinking fund solves that be functionally removing this money in installments. Often the difference is only one of accounting, but that can make a significant difference in terms of financial planning.

This is particularly true for personal finance, where margins of error can be far thinner than in a well-funded corporate entity.

Sinking funds are also popular for individuals even though, aside from some mortgages, few forms of individual debt penalize early payment. This is because accelerated payment can simply create cash flow problems. Paying an additional $1,000 per year to the Department of Education might make sound financial sense, but it can leave personal finances far tighter than many people prefer. As a result it’s common to keep current with interest payments and put that money into a sinking fund. The cash is there in case of an emergency, but is otherwise walled off and set aside for a specific debt payment.

Corporate entities will also use sinking funds, often, to enhance the creditworthiness of a bond issuance. In this case the sinking fund is often included as part of the bond contract. The company will notify investors of the nature of the fund and their financing commitments toward it in hopes that this will get them better terms on the bond. For investors, seeing a contracted sinking fund makes it less likely that the bond will default as they can track the money set aside for repayment year to year. 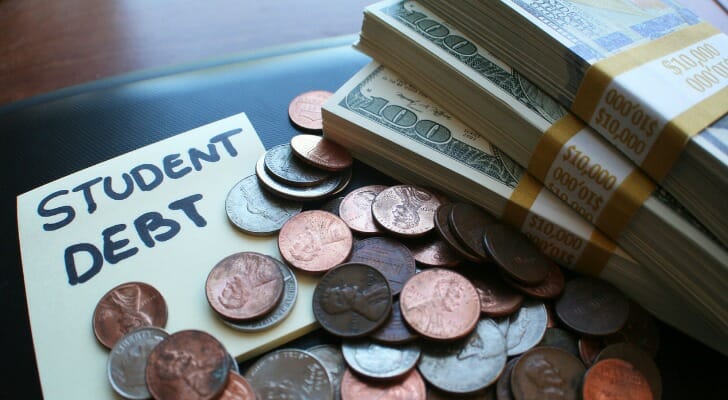 A sinking fund is an account set up in order to pay off a debt or large purchase. They are popular with both private individuals (for example, to pay off a student loan or handle big unexpected expenses) and corporations (for example, to pay a bond or in advance of a major purchase like a stock buyback or a strategic acquisition) to help stabilize cash flows and make sure that debts get paid.