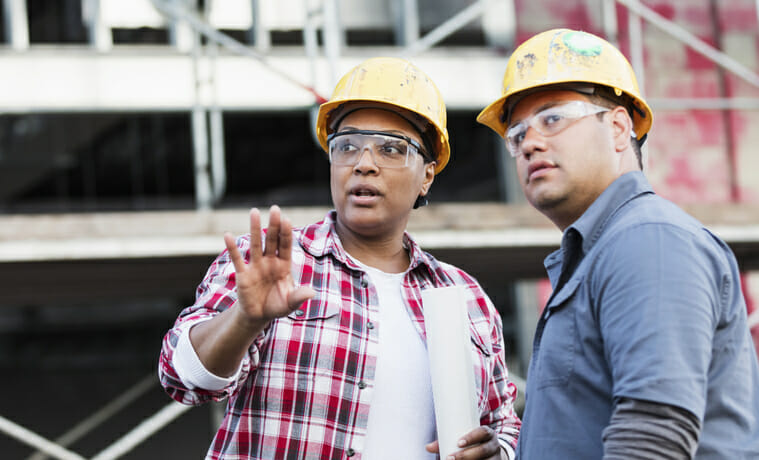 The $1.2 trillion Infrastructure Investment and Jobs Act was signed into law on November 15. This is the first part of President Joe Biden’s infrastructure plan, which combined with the $1.85 trillion Build Back Better Act, will call on Congress to invest almost $3 trillion in national infrastructure and social programs. Let’s break down what’s inside the bill and what it could mean for you.

Roads and Bridges. The White House says that one in five miles (173,000 miles of highways and major roads and 45,000 bridges) are in “poor condition.” The infrastructure bill proposes investing $110 billion in bridge and road repairs. These projects will focus on mitigating climate change, resilience, equity and safety for drivers, pedestrians and cyclists.

The proposal specifically includes $40 billion for bridge repair, replacement and rehabilitation; and $16 billion from this budget will be invested in other major projects.

Specifically, the deal will spend $39 billion on new investments to modernize transit, improve accessibility for elderly and people with disabilities, repair and modernize bus and rail fleets, provide greater station accessibility for all users and extend transit service to new communities.

The bill will also invest a total of $66 billion from this budget in rail to catch up on Amtrak maintenance backlog ($22 billion), upgrade the northeast corridor ($24 billion) and bring quality services to communities outside of the northeast and mid-Atlantic through intercity rail service grants ($12 billion), rail improvement and safety grants ($5 billion) and grade crossing safety improvements ($3 billion).

Upgrade Power Systems. The infrastructure bill proposes investing $73 billion to upgrade power infrastructure and build thousands of miles of new and resilient transmission lines that can facilitate the expansion of renewable energy.

High-Speed Internet. The White House says that 30 million Americans live in areas that do not have adequate broadband infrastructure. And the bill proposes investing $65 billion to ensure that access to high-speed internet is available nationwide.

Funding will also replace lead pipes and service lines, in addition to the dangerous chemical PFAS (per- and polyfluoralkyl).

Invest in Resilience. The White House says that the U.S. faced almost $100 billion in climate disaster losses in 2020. The infrastructure deal proposes investing $50 billion in weatherization projects that aim to protect against droughts and floods, and prepare infrastructure for other climate changes, as well as extreme weather conditions and cyber attacks.

Airports, Ports and Waterways.  The infrastructure bill proposes investing a total of $42 billion in repairing, maintaining and modernizing nationwide airports, ports and waterways. Specifically, legislation will spend $25 billion in airports and $17 billion in ports and waterways to make repairs and catch up on airport maintenance backlogs, reduce congestion and emissions, and upgrade with electric and other low-carbon technologies.

What Was Left Out of the $2.3 American Jobs Plan? 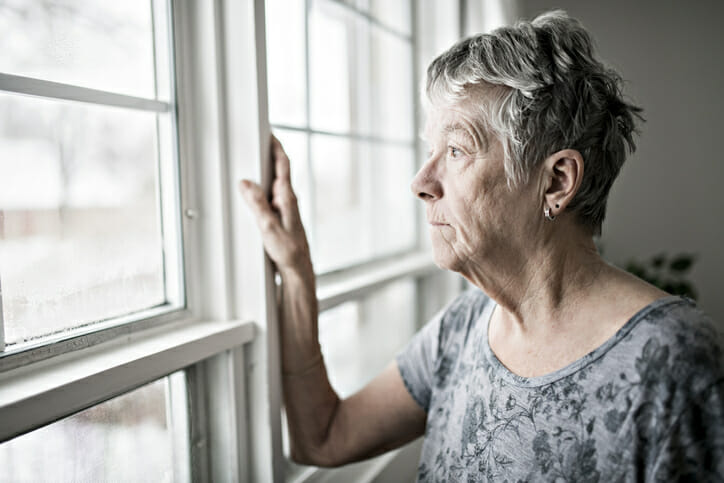 More than half of that plan targeted transportation, elderly and disabled care, and manufacturing, which added up to $1.321 trillion. It invested specifically $213 billion in housing; $180 billion in tech research and development; $311 billion in water, clean-energy and internet systems; $100 billion in schools and child care centers and $100 billion in workforce training over eight years.

How Will Congress Pay for the Infrastructure Bill? 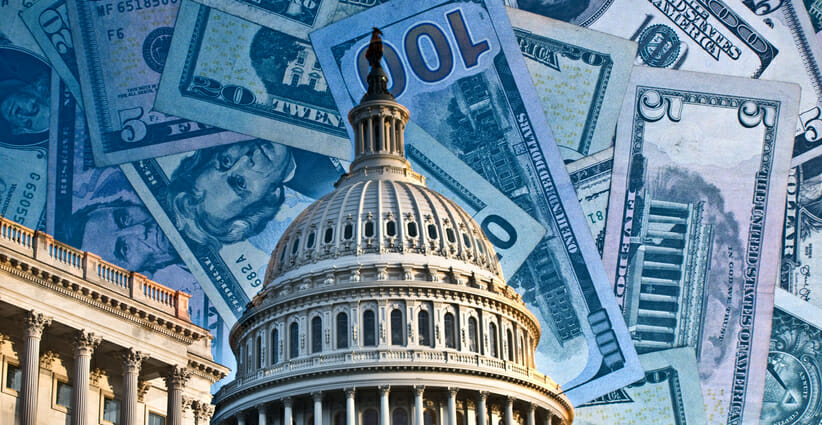 In order to pay for the infrastructure bill, Democratic legislators initially proposed raising taxes. These included rolling back President Trump’s 2017 corporate tax reduction (currently set at 21%) and increasing it to 28%.

In addition to corporate tax hikes, Biden supports raising the top individual income rate from 37% to 39.6% for incomes above $400,000 and double the capital gains tax from 20% to 39.6% for investment gains over $1 million.

The White House fact sheet from July 28 says that infrastructure legislation will be financed through “revenue generated from higher economic growth as a result of the investments” and a combination of bipartisan measures that include:

How the Infrastructure Bill Passed in the House

House Republicans joined Democrats to pass the $1.2 trillion infrastructure bill with a 228 to 206 vote on November 5. Progressive Democrats delayed voting on the bipartisan legislation until Congress agreed to move the $1.85 trillion Build Back Better Act forward.

This infrastructure legislation had also pitted moderate Democrats against progressives, who asked for a nonpartisan cost estimate score on the $1.85 trillion Build Back Better Act. Though moderates ultimately pledged to support the social spending legislation as long as it doesn’t add to the deficit.

The speaker initially imposed a September 30 deadline to pass the $1.2 trillion bipartisan bill, which was when the extension for the Surface Transportation Reauthorization Act was set to expire. But Democrats failed to meet this self-imposed deadline after progressives and moderates could not reach an agreement.

House Speaker Nancy Pelosi (D-CA) then announced a new October 31 deadline in a letter to colleagues after a 30-day extension was passed for the Surface Transportation Reauthorization Act.

For the final House vote on November 5, 13 Republicans crossed party lines to support the bill, while six progressive Democrats voted against it.

How Was the Infrastructure Bill Passed in the Senate?

Nineteen Republican Senators joined Democrats on August 10 to pass the $1.2 trillion bipartisan infrastructure bill with a 69 to 30 vote. The 2,702-page bill was introduced in the chamber on August 1, and it combines $550 billion in new spending from the bipartisan deal with previously approved funds for a total of $1.2 trillion.

Initially, seventeen Senators joined Democrats in a 67 to 32 vote to open the debate process for the infrastructure bill on July 28. The Senate must obtain at least 60 votes to close the process and advance legislation for final approval. One Senator did not vote and two Republicans switched sides to support the bill in the final vote.

For reference, data from SmartAsset’s 2021 study on the best states with infrastructure shows that five midwestern states rank in the top 10. Kansas, Minnesota, Nebraska, North Dakota and Wisconsin lead with more than 94% of bridges and 83% of roads in good or fair condition. Additionally, power outages are relatively uncommon in all five states.

Delaware, Maryland, Nevada, Oregon and Utah round out the top 10 in SmartAsset’s study. And Senator Mike Lee (R-UT) was the only legislator out of all 10 in those five states to vote against the new bipartisan deal.

For states with the most infrastructure needs at the bottom of the 2021 study (these include Louisiana, Michigan, Mississippi, Oklahoma and West Virginia), Senators were mostly divided along party lines in favor and against it. You should note, however, that Republican Senators Bill Cassidy (R-LA) and Roger Wicker (R-MS) supported the bill.

To see how your Senator voted on August 10, the Senate roll call is broken down alphabetically by state in the table below. The votes of the nineteen Republicans who supported the final vote for the bipartisan bill are highlighted in bold.

Tips to Invest in Infrastructure