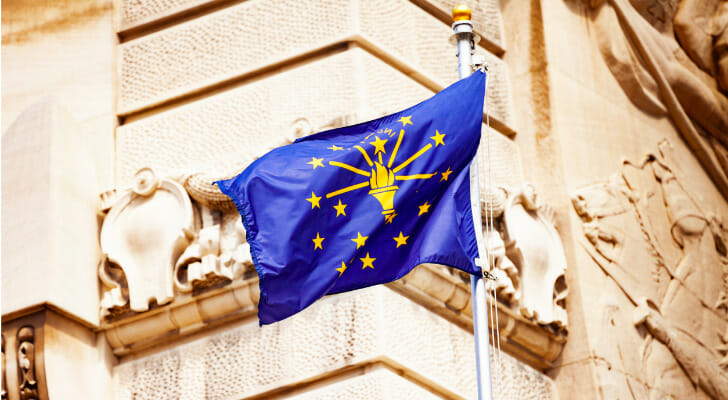 Even with everyone’s best efforts, sometimes a marriage doesn’t last and it ends in divorce. If you’re careful, though, a divorce doesn’t have to bring financial ruin. You just have to make sure you understand the laws of your state, plan accordingly and follow the proper procedures. By doing this, you can minimize the financial impact of a divorce. A divorce is difficult enough as it is, so don’t make things any worse. If you’re getting a divorce or just want to protect your assets, a financial advisor can help.

How to File for Divorce in Indiana

The only eligibility requirement for an Indiana divorce is that at least one spouse is a resident of the state for at least six months prior to filing.

Grounds for Divorce in Indiana

Indiana offers both fault and no-fault divorces. A no-fault divorce doesn’t legally place any blame for the dissolution of the union. A couple is eligible for a no-fault divorce for the basic reason of an irretrievable breakdown of the marriage. This can be contested by the other spouse. However, if one spouse claims he or she will not go back to the marriage, the judge is likely to grant the divorce. This can happen at least 60 days from the date of the petition’s filing.

A fault divorce, on the other hand, can only be take place in three cases: conviction of a felony after the marriage, impotency existing at the time of the marriage and incurable insanity of either party for at least two years. Note that some common causes for divorce — such as adultery and other forms of marital misconduct — are not part of Indiana law. So in those cases, a no-fault divorce is necessary.

A third option is an uncontested or bifurcated divorce. This is for cases where both spouses agree to a split and work out an agreement for all issues around property, child custody and other family matters together. This is the cheapest and least stressful option for a divorce, so it is the best option if the couple can be civil while working on the agreement.

A petition for dissolution must set forth the following:

If the divorce is uncontested, the spouses need first come to an agreement for all relevant issues including splitting up of assets, including pension assets, alimony, child support and child custody. From there, one spouse will petition the court for a divorce and have the other served. 60 days later, the petitioner can submit the final paperwork and the judge can complete the divorce.

If the couple can’t come to an agreement, though, a contested divorce is necessary. This starts with the filing of a petition, which leads to the legal serving of the other spouse. You’ll also need to fill out forms that detail specifics of the case, like whether you have children and, if so, what happens to them should one of the spouses remarry.

Next, there will be financial disclosures by both parties, and then a provisional hearing with the judge. At that point, the parties will work with their lawyers to try to come to an agreement around all relevant issues. If an agreement doesn’t happen, the case goes to court, and the judge will hear arguments and witnesses before making a legally binding judgment. This judgment will apply to the disposition of assets, custody issues and any alimony and child support matters.

How to Split Up Assets During a Divorce in Indiana

There are two types of property in Indiana for the purpose of a divorce: marital and separate.

How to Divide Property in Indiana After a Divorce 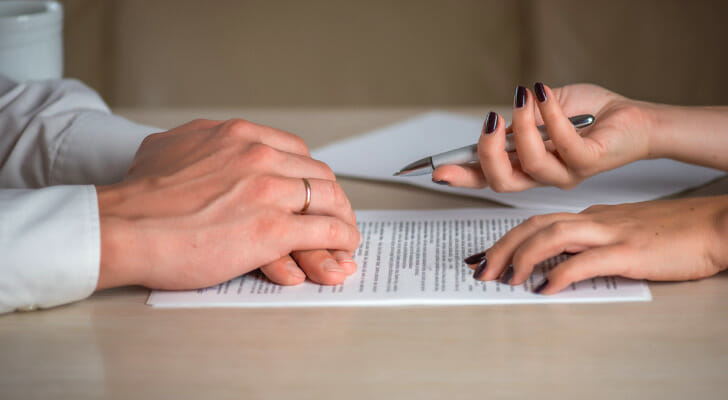 Indiana is an equitable division state. This means the court does not have to divide property equally between the spouses. Instead, it aims to divide things up more fairly. When dividing property, the first step is to assign value to each piece of property. If the spouses can’t agree on the value of property, the county will do so.

An appraiser or a certified public accountant (CPA) can help evaluate complicated assets, such as retirement accounts. This can also help expedite the divorce process.

How to Manage Child Support and Alimony Under Indiana Divorce Laws

To qualify for alimony in Indiana, the spouse seeking support must meet one of the following conditions:

In some cases, the judge will grant temporary support to one spouse during the trial. After the trial, the most common type of support is rehabilitative support. This is only awarded for the time it takes the supported spouse to become self-supporting. Rehabilitative alimony can last up to three years. There is no formula to determine alimony payments, and the judge has ultimate discretion.

Child support, on the other hand, follows a formula based on the grossly weekly income of both parents. The formula is complex, but you can use an official government calculator to get a sense of what payments might look like.

401(k) and IRA and Divorce in Indiana

There are several key things you should know about splitting up a 401(k) in a divorce. First, the judge will determine which portion of the plan assets is marital property. In a general sense, the court defines the dollar amount of a retirement account accumulated between the marriage and divorce as marital property. It defines the dollar amount accumulated before the date of the marriage as private property.

If the spouses agree or the judge orders that part of a 401(k) or other workplace retirement plan be split up, a qualified domestic relations order (QDRO) will be issued by the court for the plan administrators. This QDRO will allow for assets to move from the plan without the usual taxes and penalties that accompany a premature withdrawal.

Moving forward, recipients of funds have a few choices when it comes to taking their shares from a 401(k). The QDRO may direct immediate distribution. In this scenario, neither spouse would owe the 10% early withdrawal penalty if one applies at all. However, recipients would owe regular income tax on the amount they receive. This may not apply when dealing with a Roth 401(k), as these contain post-tax dollars. Both spouses can avoid either tax by setting up 401(k) rollovers into their own accounts.

The process for dividing an individual retirement account (IRA) is a bit different. A QDRO does not apply in this case. However, the couple should wait until the judge finalizes the divorce to avoid penalties and taxes. The IRA administrator will receive the divorce decree, which indicates where the assets in the account should go. Either party would also benefit from transferring the right share directly to a personal IRA, which is a trustee-to-trustee transfer. This would steer both parties clear from potential penalties and taxes.

As you can see, splitting retirement plan assets can be particularly tough, especially when you consider the tax consequences and the true value of retirement savings. When analyzing these situations, it’s important for either spouse to find a financial advisor and divorce lawyer who can offer the guidance necessary to make this process run as smoothly as possible.

Divorce and Estate Planning in Indiana 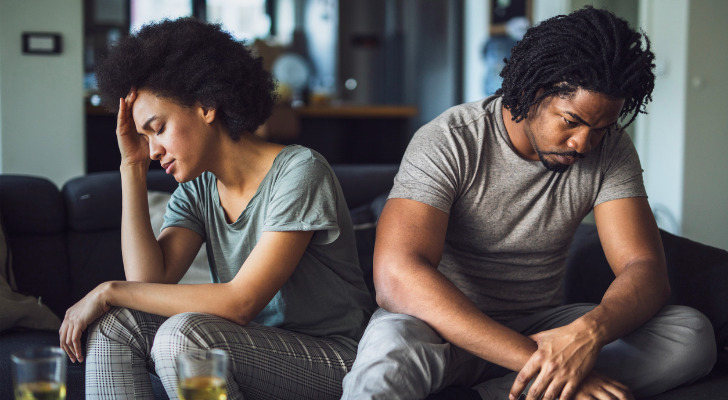 Even if you drew up an estate plan while married, with the divorce it will likely make sense for you to start fresh on a new estate plan. Before, your spouse would likely have inherited your property if you were to die. You might want to change that so your children or another family member become your inheritor.

Be sure to also change your designated inheritor on retirement accounts and other financial instruments. Also, make sure to talk with your spouse about custody arrangements for your children if both of you are to die.

Indiana offers both fault and no-fault divorces, though the grounds for fault divorces are fairly basic. A divorce can go through mediation, or it can go to trial. At the trial, a judge will make decisions that are legally binding regarding property, child custody and any other divorce issues.