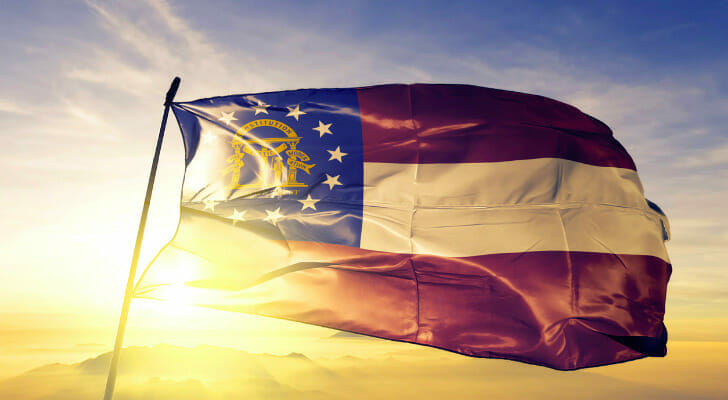 Divorce is an unfortunate reality for many people, as marriages sometimes just don’t work out for the long run. A marriage falling apart, though, doesn’t have to spell financial ruin for those involved. If you educate yourself on the divorce process and make sure you follow all the relevant laws as you plan the divorce, you can come through it ready to start a new life. The laws in each state are different, and this guide focuses on how divorce works in Georgia. To ensure you remain on track with your financial goals, consider working with a financial advisor.

How to File for Divorce in Georgia

To get a divorce in Georgia, one spouse must have been living in the state for at least six months.

Grounds for a Divorce in Georgia

The divorce laws of the Peach State make provision for both fault and no-fault divorces. There are a few key differences between these opposing types of divorce.

No-fault divorces are the most common and least costly type of divorce proceeding. The only legal grounds for a no-fault divorce in Georgia is that the marriage has been hit with an irretrievable breakdown and there is no chance for reconciliation. This divorce works if neither side did anything specific to bring about the divorce, but both parties simply want to end the union.

A fault divorce is less common and must be proven in court. Acceptable grounds for a fault divorce in Georgia are adultery, desertion for at least a year, conviction of certain crimes (including murder and manslaughter) along with a sentence of at least two years in prison, drug addiction and cruel treatment.

Georgia also offers total divorce, which is a form of an annulment in which the marriage is void. This is only available if the marriage wasn’t valid to begin with, though. Grounds include one spouse being mentally incompetent at the time of the marriage, if one spouse was under the legal age, spouses being too closely related, one spouse already being married and either spouse using fraud to get married.

The first step in a divorce is to file at the court in the county where you live. The complaint should also include a list of issues you want the court to decide on, including assets, child custody and alimony. The spouse who files for divorce is the plaintiff. The other spouse (known legally as the defendant) is then served papers, either through their attorney or a process server.

If both parties can agree to a divorce agreement, an uncontested divorce is possible. You can bring an agreement to the court. This should address issues around division of property, child custody, alimony and anything other relevant items. After it’s approved, it is simply a matter of a 31-day waiting period after filing.

If the parties can’t come to an agreement, there will be a contested divorce. First there will be a discovery process, where both parties gather financial information, take statements and gather other evidence. Both parties then come together to try to work on a settlement, sometimes with the help of an outside mediator.

If a settlement can’t be reached, though, a trial will be scheduled. The judge will hear testimony and review evidence. Afterward, they will make a final judgement on all relevant facts.

How to Split Up Assets During a Divorce in Georgia 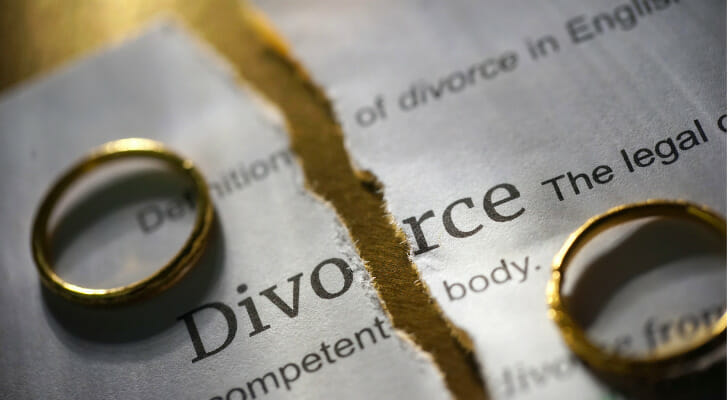 In Georgia, marital property encompasses everything obtained by either spouse during the marriage. This can include homes, cash, cars, retirement accounts and any other assets or debts.

Separate property, which is not part of the divorce settlement or judgment, is anything either spouse obtained before the marriage. Property obtained via a gift or inheritance is also considered separate property, along with anything delineated through a prenuptial agreement.

How to Divide Property in Georgia After a Divorce

Georgia is not a community property state, so the pool of marital property, which can include pension assets, does not have to be divided evenly. Rather, the judge will divide it based on what they deem fair based on certain factors. These includes each spouse’s separate assets, alimony awards, income and earning potential, conduct during the marriage, their future needs and debts.

How to Manage Child Support and Alimony Under Georgia Divorce Laws

Child support in Georgia is governed by a specific formula known as the “income shares model.” This works by taking the total amount of money needed to raise the couple’s children and dividing that between the parents based on their personal incomes. For the purposes of which parent pays support to the other, it also matters who the custodial parent is. This is defined as the parent the kids spend most of their time with.

There is no set formula for alimony payments. The judge can consider the standard of living, length of the marriage, health, financial resources, contribution to the marriage and anything else deemed relevant, including conduct.

401(k) and IRA and Divorce in Georgia

Retirement accounts may be impacted by a divorce settlement or judgement. In fact, some of the money may have to be taken out and given to the other spouse. First, the court will determine what money in the account is marital property. Essentially, any money put into the account during the marriage, along with any investment gains from that money, is considered marital property and could be split as part of a divorce decision. Money put in before the marriage is separate property and is not part of it.

Normally, taking money out of a 401(k) before 59.5 results in fines and taxes. The judge, however, can issue a Qualified Domestic Relations Order (QDRO) to avoid that. An IRA doesn’t require a QDRO, but the divorce settlement or decision must include specific language regarding taking money out to have the fees and taxes waived. The IRA administrator will get a copy of the divorce decree and follow its instructions.

Once the money is removed from the account, there are a few options. The funds could go directly into the bank account of either spouse. While you’ll avoid penalties for early withdrawals, this is seen as regular income and taxed as such. That is, unless it is a Roth account. A rollover account can also be set up to take the money and reinvest it for retirement. The QDRO or judge’s order may include specific information about where the money should go.

Divorce and Estate Planning in Georgia 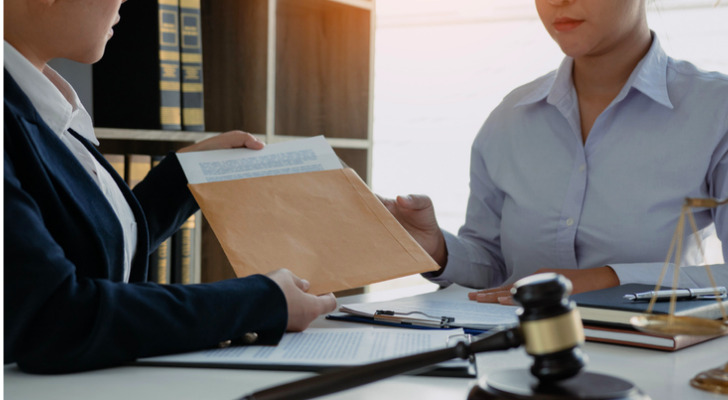 If you and your spouse had an estate plan during your marriage, it makes sense to revisit it after a divorce. For instance, it’s likely that during your marriage your assets would go to your now ex-spouse. If you now want assets to pass to your children, you’ll need to set up a trust. Also, check the beneficiary for all financial accounts, including retirement and bank accounts.

Lastly, if you and your spouse have a plan for what should happen to your children if both of you were to die, check in to make sure that plan still works for everyone. This should be a major consideration.