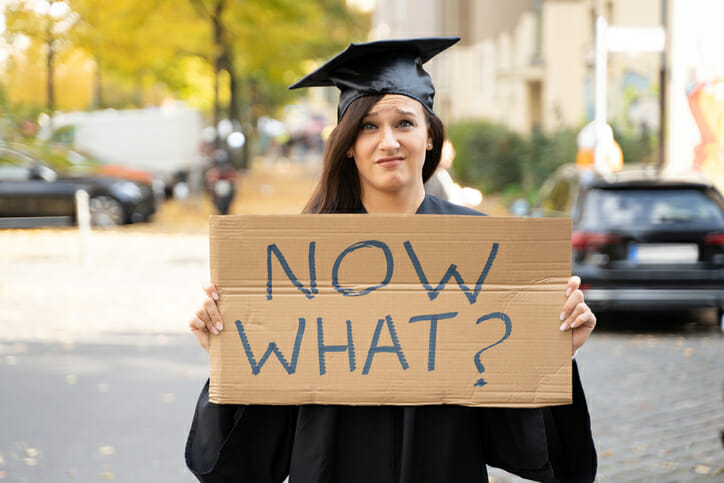 The U.S. Department of Education has canceled almost $3 billion in student loans since President Joe Biden entered office in January 2021. The department forgave another $55.6 million in July for 1,800 borrowers who attended Westwood College, Marinello Schools of Beauty and the Court Reporting Institute. Secretary of Education Miguel Cardona says that this is part of an ongoing “commitment to standing up for students whose colleges took advantage of them.” Now, as almost one in eight Americans owe a record high of $1.73 trillion in college loans, many are hoping to get broader loan forgiveness to help manage or eliminate debt. Let’s break down what a Biden loan forgiveness plan could look like, and how it could benefit you. (Note: This is a developing story, and we will continue to update the article as more information becomes available.)

Consider working with a financial advisor to ensure that financing college or paying off college debt is handled in the best possible way.

The $1.73 trillion student loan debt held by roughly 43 million borrowers is now the second-largest debt category in the U.S. after mortgage debt (worth $10.16 trillion in March 2021). And the average student loan debt is over $39,300 for each borrower in 2021.

The Federal Reserve’s Report on the Economic Well-Being of U.S. Households says that more than four in 10 adults who went to college took on some debt to pay for their education, and those who were under 30 were more likely to take out college loans than older adults.

Federal data from 2020 also shows that not all education debt comes from student loans. The Federal Reserve says that while 95% of those with outstanding debt hold loans, 21% borrowed with credit cards, 4% owed money on a home equity line of credit and 12% borrowed through other methods.

For comparison, 86% of adults with outstanding education debt for children or grandchildren borrowed money through student loans, 14% owed money on credit cards, 9% were paying debt from home equity loans and another 9% financed their family’s education needs in other ways.

Collectively, the Federal Reserve’s report shows that 26% of “borrowers had at least one form of education debt besides student loans.” And the median amount of education debt (including other methods outside of student loans) was between $20,000 and $24,999 in 2020, with 20% of adults behind on their payments.

What Biden Has Promised for Student Loan Forgiveness 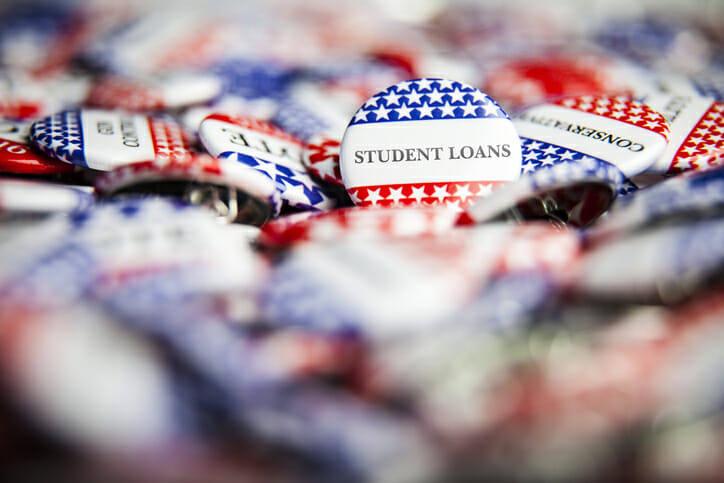 During his presidential campaign in 2020, Biden targeted his agenda for students as a “reliable pathway to the middle class.” The soon-to-be-elected president then described an education crisis where earning a degree and other credentials beyond high school has become unaffordable for many Americans.

For others, Biden said during his campaign, a college degree has also saddled young adults with so much debt that it prevents them from reaching important financial milestones like buying a home or saving for retirement. And in other cases, student loan debt could even burden multiple generations in a family, with parents and grandparents having to step up and shoulder a significant part of the education costs for their children and grandchildren.

On November 16, 2020, the president promised in a campaign speech to cancel $10,000 in student loan debt for each borrower. For reference, federal data from the Department of Education shows that if Congress approves this relief initiative, it would completely eliminate student loan debt for 14.8 million borrowers who in the second quarter of 2021 owe less than $10,000. The table below breaks down student loans by debt size and borrowers.

The president also presented the groundwork for some of the educational proposals that would later influence the $1.8 trillion American Families Plan. These include initiatives that support tuition-free community college and training, halve undergraduate federal student loan payments, double awards for Pell Grants and expand student loan debt forgiveness.

While no legislation for student debt relief has been passed by Congress, Democrats and the Biden administration have taken some steps towards helping Americans manage or get out of student loan debt during the COVID pandemic. Here’s a breakdown of important student loan events in 2021: 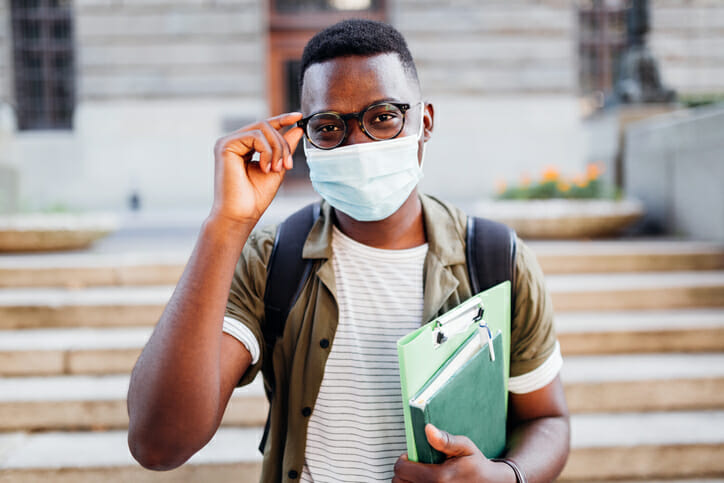 Broaden student loan forgiveness: While progressive legislators are pushing for a student loan forgiveness plan that could cancel up to $50,000 for each borrower (this would wipe out immediately the entire debt for roughly 34 million people who in the second quarter of 2021 owe less than $50,000), Biden’s administration has reaffirmed its commitment to cancelling $10,000 for each federal student loan borrower. This initiative would cancel completely at least $73.8 million in loans, which is the combined amount owed by almost 15 million borrowers with less than $10,000 in debt in the second quarter of 2021.

Revise income-driven repayments: During his 2020 presidential campaign, Biden proposed to “halve payments on undergraduate federal student loans” so borrowers would pay 5% of discretionary income (this is your income after deducting taxes and essential expenses like food and housing) over $25,000 on loans. The president’s income-driven repayment plan would also forgive federal student loan debt after 20 years for borrowers who have made consistent payments. And individuals making under $25,000 annually would “not owe any payments on their undergraduate federal student loans and also won’t accrue any interest on those loans.”

Bring back borrower defense payment rules: The Department of Education overturned 2019 Trump administration rules that scaled back loan forgiveness opportunities for borrowers who had been defrauded by their colleges, universities and career schools. The department said in a press release on March 18 that this was the “first step in addressing borrower defense claims as well as the underlying regulations,” and it “will be pursuing additional actions, including re-regulation, in the future.” Current guidelines mandate that borrowers prove that their school acted fraudulently, which limits eligibility for student loan forgiveness.

For future students and the families of those intending to go to college, here are two additional initiatives included in the American Families Plan that could help minimize debt:

Increase Pell Grants: Biden said during his presidential campaign that he wanted to increase the maximum value of Pell Grants so that more middle-class Americans could participate. Later in April, he called for an $85 billion investment in the award as part of the American Families Plan to “help students seeking a certificate or a two- or four-year degree.” The president’s proposal adds $1,400 in additional Pell Grant assistance (the maximum award for the 2021-2022 school year is $6,495). The White House said that roughly seven million students depend on Pell Grants to help pay for college, but the value of these grants has fallen from covering nearly 80% of the cost of a four-year college degree to under 30%.

Free college tuition: While on the campaign, Biden also said that he wants to “make four-year public colleges and universities tuition-free for all students whose family incomes are below $125,000.” As part of the American Families Plan, the president has already called for $109 billion to “ensure that first-time students and workers wanting to reskill can enroll in a community college to earn a degree or credential for free.” Under this proposal, the federal government would team up with states, territories and Tribes to provide a free college education for roughly 5.5 million students. Biden is also asking Congress to fund a $39 billion program that offers two years of subsidized tuition for four-year HBCU, TCU or MSI students in families earning less than $125,000; and another $5 billion to expand existing institutional aid grants to those schools.

Bottom Line: What Does This Mean for You?

With almost one in eight Americans owing a record-high of $1.73 trillion in college loans, and the extension on student loan forbearance set to expire at the end of September, many are looking for government help to manage or eliminate their student loan debt.

Biden’s administration has already rolled back Trump administration rules to cancel roughly $3 billion in student loans, some from fraudulent colleges, universities and career schools. The president has also said that he supports broader forgiveness for federal student loan borrowers up to $10,000, which would eliminate at least $73.8 million in loans from almost 15 million people who owe less than that amount in 2021.

Other initiatives in Biden’s student loan plan could include revising income-driven payments and restoring borrower defense payment rules. Keep in mind that no student loan forgiveness legislation has been officially presented yet, and Congress needs to approve it before Biden can sign it into law.

We will continue to update this article as soon as more information becomes available.