Alpha vs. Beta: A Guide for Investors 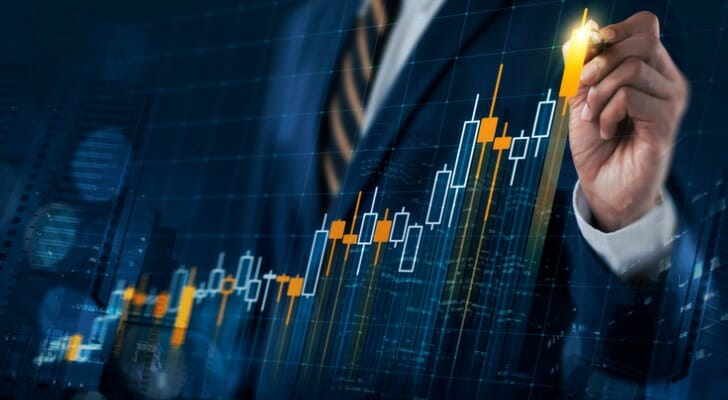 Business students call them the “quants.” They’re the people who can look at the world through a complex frame of numbers. They make investment choices based on reams of data that spin most people’s heads. And they make an absolute fortune in the process.

It’s not necessary, though, to be a quant to invest successfully. Retail investors can understand key stock performance data to help build a portfolio and boost total returns. Perhaps the best place to start is with a security’s alpha and its beta, two ways of measuring the risk of an investment.

A stock’s alpha is how it has historically performed relative to an objective, benchmark index.

For example, say over the past 12 months a stock has gone up by 5 percent while the S&P 500 increased by 10 percent. In this case the stock’s alpha would be -5; it grew five points slower than the market at large. If the reverse held true, the stock’s price increased by 10 percent while the S&P 500 grew by 5 percent, this stock’s alpha would be +5.

Note that two important pieces to an alpha calculation:

It is most common to measure a stock’s performance over a 12-month period. So, in our example above, we said that the stock has gone up by 5 percent over the past 12 months. This means that if you had invested in it 12 months prior, your investment would now be worth 5 percent more than you put in.

While 12 months is the standard analysis, you can measure an alpha over any time frame you choose.

The S&P 500 is by far the most common benchmark to use, but it isn’t required. An analyst can use the Nasdaq, the Dow Jones Industrial Average or any other data set they choose. 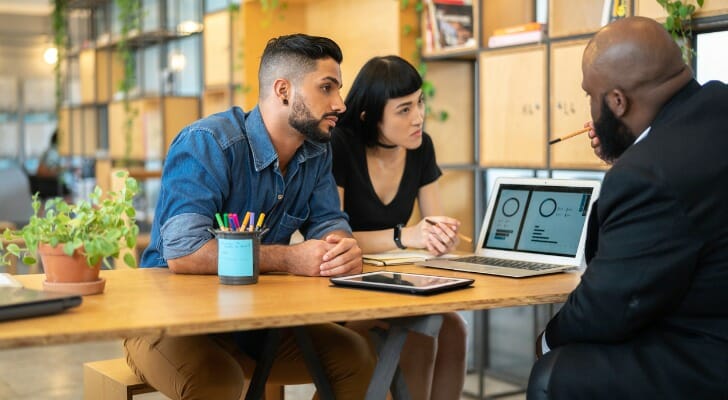 It is important to understand that alpha does not tell you if an investment was profitable. An investment can grow but still have a negative alpha and vice versa.

What an alpha measures is how well this investment performed compared with putting that same amount of money in an index fund. For example, say that Stock A has an alpha of 10 relative to the S&P 500 over a 12-month period. This means that if you had put your money in Stock A 12 months ago, you have made 10 points more than if you put that same amount of money in an S&P 500 index fund.

A negative alpha means that the investment wasn’t worth its risk. Even if you made money, you would have made more money with an index fund.

An alpha of zero means that the investment performed at the level of the market. You made the same amount of money you would have with an index fund.

A positive alpha means that the investment has outperformed the market. You made more money than you would have by investing with an index fund.

With a positive and a neutral alpha, the stock is considered worth its risk.

A stock’s beta measures its risk. It expresses how much the stock’s price tends to change compared with the market overall. As with alpha, a stock’s beta is measured against a benchmark index. Generally speaking, an analyst will select one of two indices for a stock’s beta: the S&P 500 or the market on which the stock is listed.

For example, a company listed on the Nasdaq might have its beta compared with the Nasdaq or the S&P 500.

Beta is expressed as a multiplicative:

An asset can also have a negative beta. This means that the stock is negatively correlated with the market overall. For example, a beta of -1 means that if the market goes up by $1, the stock’s price declines by $1 and vice versa. This is very rare.

Note that aside from negative values, beta does not measure the direction of a stock’s change. If Stock A has a beta of 1.5, this means that its price has historically changed by $1.50 for every $1 worth of changes in the market. This change could happen in any direction. Beta does not tell you whether Stock A tended to outperform the market, underperform it or both. 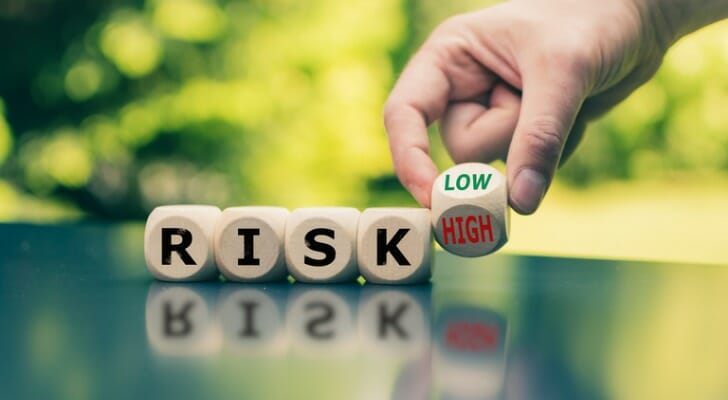 Beta is considered a measure of systemic vs. unsystemic risk in an asset.

Systemic risk measures the risk that all assets in a marketplace share. This includes factors such as taxes and interest rates. Low beta means that the asset has very little risk outside of those shared by all the other stocks on the market. By adding it to your portfolio, you’re not adding any new elements of risk that weren’t already present.

Unsystemic risk measures aspects of risk particular to that specific asset. A high beta means that this stock’s price has fluctuated more than the market at large, meaning that there are factors affecting its price that don’t affect other stocks. This can include factors such as a company’s leadership, its business plan, local geography or other issues. By adding this stock to your portfolio, you are introducing new elements of risk that weren’t already present.