Where Gas Prices Are Highest Going Into the Holidays – 2022 Study 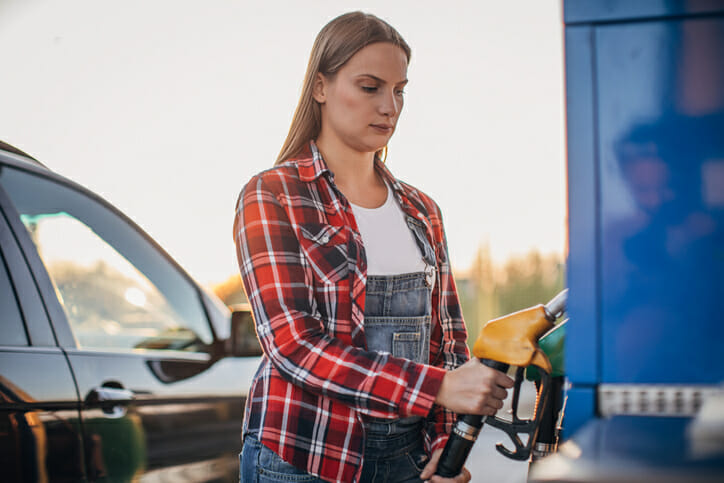 With many Americans driving around winter holidays, average gas prices will be at their highest seasonal level ever, according to new data from GasBuddy (a website that tracks local gas prices). The national average is projected to stand at $3.68 per gallon on Thanksgiving Day, which is $0.30 higher than last year and $0.20 higher than the previous record of $3.44 set in 2012.

As Americans continue to cope with higher than usual gas prices, SmartAsset set out to determine where costs will most affect individuals going into the holidays. To do this, we examined data for all 50 states and the District of Columbia across six metrics: estimated gas spending as a percentage of income, average gas price, one-year change in average gas prices, percentage of households with at least one car, percentage of households with two or more cars and average annual vehicle miles traveled per capita. For more information on our data sources and how we created the final rankings, read our Data and Methodology section below.

Indiana ranks as the state where gas prices are highest going into the holidays. Data from AAA shows that the average price of regular gas at the beginning of November was $4.16 per gallon, 11th-highest in our study. Using that figure, we estimate that average gas spending for one car in Indiana makes 3.72% of the median household income, the fourth-highest percentage across our study. Additionally, the most recently available data from the Federal Highway Administration (FHWA) shows that Indiana has the sixth-highest average vehicle miles traveled per capita, at 11,341.

Drivers in Idaho currently spend the eighth-highest percentage of their income on gas (3.63%). The state also has the seventh-highest average gas price ($4.29 per gallon) and the 12th-largest one-year increase in the average price of gas ($0.59).

In neighboring Montana, more than 96% of households own one or more cars, which is the highest rate in the country. The state also has the eighth-highest average annual vehicle miles traveled per capita (11,202) and the 19th-largest one-year increase in average gas prices ($0.47).

Average gas prices in Oregon rose $1.05 over the past year, which is more than all other states and the District of Columbia. A gallon of regular gas now costs drivers an average of about $4.83, fourth-highest overall. As a result, we estimate that drivers in Oregon spend the third-highest percentage of income on gas (3.79%) in our study.

Arizona ranks in the bottom 10 states for three metrics. It has the ninth-highest average price of gas ($4.26), which is $0.64 more than it was a year ago (marking the 1oth-largest increase). Additionally, almost 95% of households in the state own at least one car, the 1oth-highest rate of vehicle ownership in our study.

Nevada drivers have also seen a gallon of gas become $1.03 more expensive in the last year. This is second only to Oregon, where average gas prices have risen $1.05. That means drivers are spending more of their income at the pump (4.22%), the highest in the country.

In New Mexico, gas expenditures account for 3.69% of drivers’ incomes, the sixth-most across the country. The state also has the seventh-highest vehicle miles traveled per capita, according to the most recently available FHWA data. And almost 94% of households in New Mexico have at least one vehicle, which is the 24th-highest rate for that metric.

Drivers in Mississippi currently spend 3.72% of their income at the pump, the fifth-highest rate in our study. Mississippi drivers also typically travel far distances. Data form the FHWA shows that the state has the third-highest average annual vehicle miles traveled per capita, at 13,370.

Only five states have a higher percentage of households with vehicles than Alabama. In fact, about 95% of households in Alabama have at least one vehicle, while roughly 63% of households have two or more. Additionally, drivers here spend an average of 3.46% of their income on gas, 15th-most across our study.

California ties with Alabama as the 10th state where gas prices are highest going into the holidays. California ranks in the bottom 10 states for three metrics: Estimated gas spending as a percentage of income (3.61%), average gas price ($5.45) and one-year change in average price of gas ($0.83).

To rank where higher gas prices will most affect individuals, we looked at data for all 50 states and the District of Columbia and compared them across six metrics:

We ranked each state in every metric, giving a double weight to estimated gas spending as a percentage of income and a single weight to average annual vehicle miles traveled per capita. The remaining metrics were assigned a half weight. Using those rankings, we found each state’s average ranking and used the average to determine a final score.

Tips for Saving Money on Gas