States With the Strongest Unions – 2022 Edition 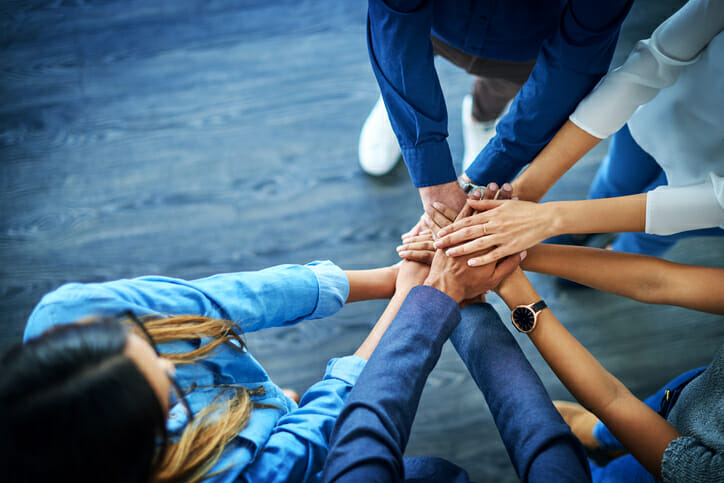 Union members tend to earn more than their non-union peers. Data from the Bureau of Labor Statistics (BLS) shows that non-union workers have median weekly earnings that are only 83% of the earnings for union workers. And while union membership is declining nationally – declining by 241,000 workers from 2020 to 2021 – unions in some states are more robust than in others.

SmartAsset examined data from both the BLS and UnionStats.com to identify and rank the states with the strongest unions in 2022. Data points include the total union membership percentage by state and the change in membership over the last four years. Additionally, we compared wages for highly unionized jobs with those from the total workforce in each state. For more details on our data sources and how we put all of the information together, read our Data and Methodology section below.

This is SmartAsset’s 2022 study on the states with the strongest unions. You can read the 2021 edition here.

Washington climbed from third place in last year’s study to claim the top spot as the state with the strongest unions in 2022. It ranked in the top five states of all of our categories and was one of only a handful of states that continues to climb in its overall union membership. The state has the third-highest average wage for all workers ($68,740), but occupations with large numbers of union workers are outpacing the overall number. In one example, the overall salary for middle school teachers is 121.41% higher ($83,460 vs. $68,740) when compared with all wages.

Oregon drops one spot this year with a dip in rankings across different metrics. However, the state does still place in the top 10 for average union-worker wages when compared with overall wages. Overall union membership also grew the third-most over the past four years (21.23%), with only Georgia and Arizona beating it out.

Across all 50 states, union membership is the seventh-highest in California, with almost 16% of workers being part of a union. Moreover, California has strong salaries for both teachers and firefighters - two of the occupations with the highest union member rates. BLS data shows that in 2021 the average annual wage for middle school teachers and firefighters was $92,350 and $80,990, respectively.

New Jersey has climbed into the top five of our rankings from 11th place in 2021. While the union membership slid over 3% from four years ago, the state now ranks first in the metric for the average wage of firefighters when compared with average wages for all workers. The state also ranks in the top 10 for both overall wages and the comparison of middle school teacher wages. It also has a higher percentage of union workers than most states, at 16.19%.

Though union membership is on the decline nationally, Pennsylvania is one of the few states where it is rising. From 2017 to 2021, the number of union members grew by 4.15% - the ninth-highest increase in our study. Pennsylvania also ranks in the top 15 for both firefighter ($58,400) and middle school teacher ($68,850) salaries.

In Massachusetts, close to 13% of workers belong to a union. This is the 14th-highest rate in our study. Beyond that, Massachusetts ranks in the top 10 for all wage-related categories, including being ranked first for total wages across all occupations ($72,940) and third for middle school teacher wages ($85,740).

Hawaii ranks best for its union membership rate, which is highest in our study, at 22.36%. Additionally, it has the 21st-highest average annual wage for middle school teachers ($63,100) and seventh-highest average annual wage for fighters ($67,540). Salaries for all workers - both unionized and not - are also high. BLS data shows that in 2021, the average wage for all workers was $59,760.

To find the states with the strongest unions, SmartAsset compared all 50 states across the following seven metrics:

Jeff White Jeff is a Writer/Editor for SmartAsset. He's an expert in a variety of personal finance topics, such as investing, banking and retirement. Jeff has received his JD and MBA and has been featured in a number of publications, such as Investopedia, The Street, Forbes, Yahoo! Finance and more. He currently resides in Utah with his wife and five children, where they cheer for the Denver Broncos and make it to the water to sail whenever given the chance.
Share Tweet
Related Posts
Read next article