States With the Strongest Unions – 2021 Edition 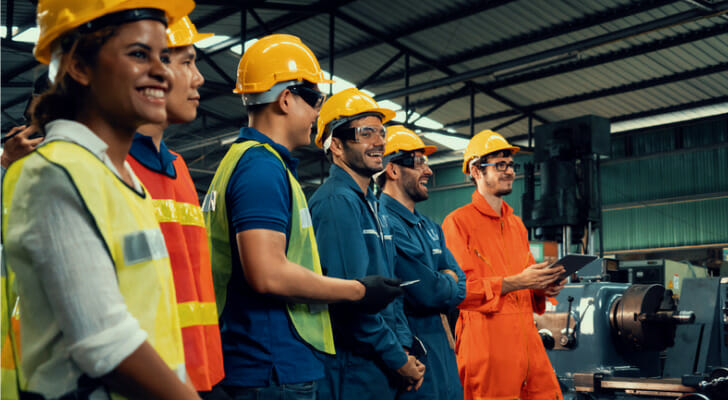 The U.S. Bureau of Labor Statistics says that roughly one out of 10 workers in 2020 were union members (10.8%). Membership has gone up 0.5% since 2019, but has decreased by more than half since 1983, when approximately one out of five workers were union members (20.1%). Historically, organized labor has played an influential role in the U.S. workforce, establishing and defending employee rights since the first union was founded by Philadelphia shoemakers in 1794. Keeping this in mind, SmartAsset crunched the numbers to see where unions are strongest nationwide.

You can read the 2020 edition of SmartAsset’s study on the states with the strongest unions here. 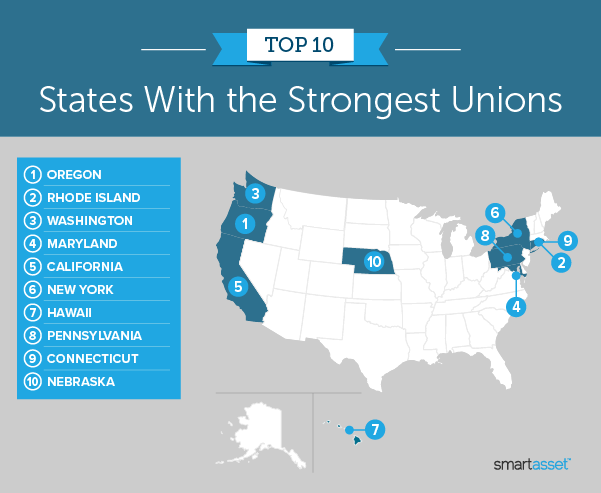 Oregon ranks in the top 20 for every one of the metrics we measured. The state has the seventh-highest percentage of both workers in unions (16.20%) and four-year change in union membership (an increase of 20.34%). Oregon also places ninth for the salary ratio of firefighters to all occupations – firefighters earn 111.95% of the average salary of all workers.

Rhode Island places in the top 10 for three different metrics. It has the third-highest percentage of workers who are union members (17.79%), fifth-highest salary ratio of teachers to all occupations (126.25%) and eighth-highest average annual wage of middle school teachers ($76,050).

The average annual wage for all workers in Washington State is $66,870, the third-highest average salary out of all the states in this study. Washington also places third in terms of salary for firefighters ($77,700). Approximately 17.38% of all workers are in unions, the fifth-highest rate for this metric in this study.

Middle school teachers in Maryland earn an average annual salary of $77,770, the sixth-highest annual earnings on this list. The average annual wage for all workers is $63,610, seventh-highest out of all the states studied. Firefighters, meanwhile, earn $64,490 each year on average, the eighth-highest salary for this metric across the study.

The Empire State has a 22.01% rate of union membership, the second-highest in the nation. New York places first in both of the metrics we used involving teachers – middle school teachers earn $89,150 on average, which is 131.39% of the average annual salary of all workers.

Hawaii has the highest rate of union membership in the country, with 23.63%. Firefighters in the state earn $68,590 on average each year, which is 117.87% of the average salary for all workers. Those figures rank fifth and fourth in this study, respectively.

The average annual wage for all workers in Connecticut is $65,450 – the fifth-highest in this study. Middle school teachers earn $81,140 and firefighters earn $67,630, ranking fourth- and sixth-highest, respectively. Union membership sits at 17.10%, sixth-highest out of all the states we studied.

Nebraska wraps up the top 10 with a union membership increase of 32.31% in the four-year period from 2016 to 2020, the second-highest jump for this metric in the study. Overall, union membership makes up 9.58% of the state workforce, ranking near the middle of the study at 23rd-highest. Additionally, median salary places 31st-highest, at $50,260.

To find the states with the strongest unions, SmartAsset considered data from 49 states (Vermont had insufficient data) across the following seven metrics: