Cities With the Most Financial Stress – 2022 Edition 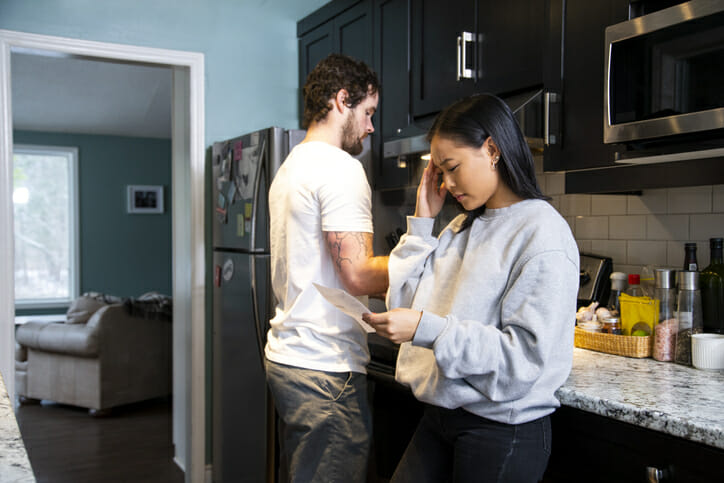 Stubborn inflation, a sliding stock market and ongoing layoffs in recent months have many Americans on edge. However, financial stress was at a record high even before the market made headlines. Data from an American Psychological Association survey shows that in February 2022, 65% of Americans were stressed about money and the economy – the highest percentage recorded since 2015. And while it’s clear that nationwide financial stress has been high for months, people in some cities are in worse shape than others.

In a new study, SmartAsset analyzed the 150 largest U.S. cities to uncover the cities with the most financial stress. We compared data across eight metrics, spanning topics such as unemployment, poverty rates, and housing and food concerns. For more details about each metric and how data sources were used to create final rankings, read the Data and Methodology section below.

This is SmartAsset’s 2022 study on the cities with the most financial stress. Check out the 2021 version here.

Augusta, located along the Georgia and South Carolina border, tops the 2022 study with a June 2022 unemployment rate 0f 4.6%. Almost one in four residents live in poverty and 16.50% of adults are experiencing recent food insufficiency. The city also had the fourth-lowest median household income change over a four-year period, at 6.02%.

New Orleans, Louisiana has the third-highest June 2022 unemployment rate (6.5%) and ranks sixth-worst for the percentage of severely housing cost-burdened households (23.62%). In Louisiana, almost one in five adults have experienced recent food insufficiency (19.0%).

Many residents in Alabama are experiencing recent food insufficiency (18.3%) and housing insecurity (7.8%). Additionally, Birmingham ranks 11th-worst for its four-year change in median household income, with an increase of only 7.15%.

About one in five residents in Mobile, Alabama live in poverty. Additionally, Mobile has a relatively high divorce rate (12.7%), which is a life event that can often increase financial stress.

Tallahassee - Florida's capital - is the only city in the Sunshine State that ranks in the top 10 cities with the most financial stress. Across all 150 cities in our study, Tallahassee has the eighth-highest poverty rate (25.0%) and the 10th-highest percentage of severely housing cost-burdened households (22.46%).

Lubbock, Texas ranks as the nation’s sixth-most financially stressed city. Across all 50 states, Texas ranks worst for its percentage of adults who report not visiting a doctor due to cost (14.30%) and 12th-worst for the percentage of adults experiencing recent food insufficiency (14.6%). In Lubbock, the median household income grew by only 7.32% over the past four years, the 12th-lowest rate in our study.

Corpus Christi, Texas has a June 2022 unemployment rate of 5.5% and more than one in seven residents fall below the federal poverty level. From 2016 to 2020, the median household income in the city grew by less than 6%, the fourth-lowest rate in our study.

San Antonio is the third Texas city in the top 10. With many residents in the state struggling with healthcare and food costs, the city also ranks poorly for its divorce rate and stagnant incomes. Census Bureau data shows that the divorce rate is 12.5% (45th-highest) and the four-year change in median household income is 8.43% (21st-lowest).

Shreveport is the second Louisiana city in our list. As previously noted, food scarcity in the Louisiana is high, with 19.0% of adults reporting recent insufficiencies. The city of Shreveport also has the ninth-highest poverty rate in our study, at 24.9%.

Memphis, Tennessee rounds out our top 10. The June 2022 unemployment rate was 6.1% and 24.6% of the population is below federal the poverty level. That is the sixth- and 11th-worst rates for those two metrics, respectively. Additionally, almost one in five households are severely housing cost burdened (19.60%).

To find the cities with the most financial stress, we compared the 150 largest U.S. cities across the following eight metrics:

In order to determine the final rankings, we first ranked each city for each individual metric above. We then found the average ranking for each city, with each metric getting equal weight.

Jeff White Jeff is a Writer/Editor for SmartAsset. He's an expert in a variety of personal finance topics, such as investing, banking and retirement. Jeff has received his JD and MBA and has been featured in a number of publications, such as Investopedia, The Street, Forbes, Yahoo! Finance and more. He currently resides in Utah with his wife and five children, where they cheer for the Denver Broncos and make it to the water to sail whenever given the chance.
Share Tweet
Related Posts
Read next article