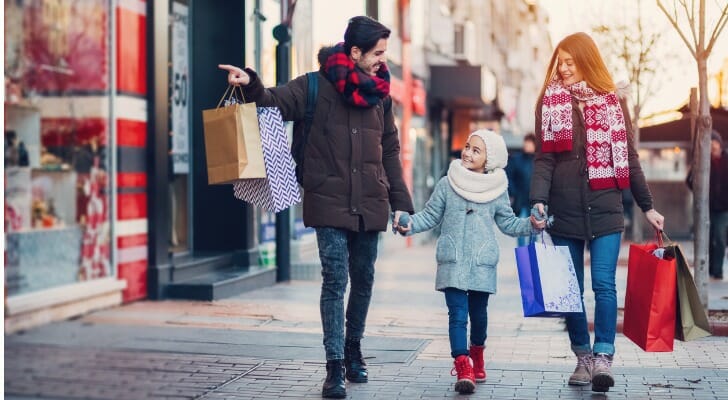 Whether they’ll use savings, tax refunds or credit cards, Americans are poised to spend big once again this holiday season. According to an annual survey conducted by the National Retail Federation, consumers anticipate spending nearly $1,000 on gifts, holiday items and other non-gift purchases. Despite supply chain challenges that continue to plague the economy, the $997.73 that American adults will drop on the holidays this year is on par with last year’s average. 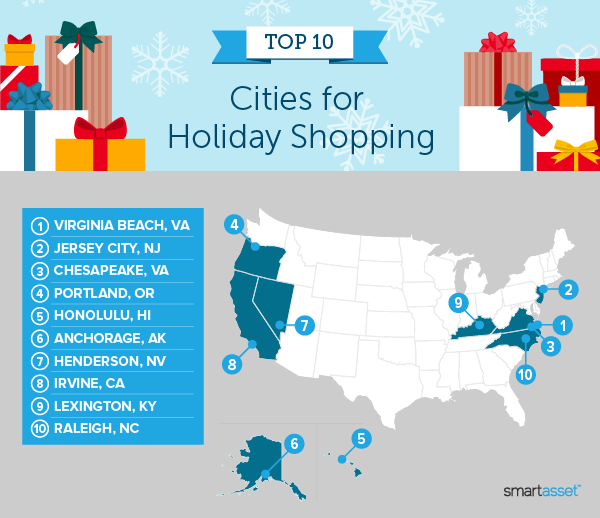 While Jersey City’s sales tax is 6.63%, shoppers in the Garden State could still save money on holiday shopping because they do not have to pay sales tax on clothing purchases. With 8.01 cases of COVID-19 for every 100,000 residents, Jersey City has the 17th-lowest infection rate as of Oct. 25. Jersey City also has the 18th-lowest property crime rate and 18th-most mail offices for every 10,000 establishments (27.42).

Chesapeake, Virginia, ranks strongly for its two affordability metrics. The city of almost 245,000 people has the study’s 13th-highest income after housing expenses ($61,012) and ties for the 18th-lowest sales tax rate, 6.00%. Chesapeake also ranks 21st overall for its number of retail stores per 10,000 establishments (507.35).

Like Portland, the city of Anchorage, Alaska, has zero sales tax, making it a good place for holiday shopping. The city also has the fourth-most mail offices for every 10,000 establishments (31.95) and the 10th-largest income after housing costs ($66,724). Meanwhile, almost 93% of households have internet access, the 12th-highest percentage across our study. Anchorage also has the 14th-most retail shops for every 100,000 people (132.64).

Henderson, Nevada, has 554.23 retail stores for every 10,000 establishments, the 10th-most across our study. A city of more than 320,000 residents, Henderson has the 11th-lowest property crime rate and the 12th-most mail offices for every 10,000 establishments (28.88). On average, residents are left with $58,175 after paying housing costs, the 16th-highest income after housing costs in our study.

Irvine, California, ranks highly within two specific metrics: property crime and internet access. This Orange County city of 287,000 residents has the second-lowest property crime rate in our study and the third-highest percentage of households with internet access (95.63%). Meanwhile, Irvine has the seventh-highest income after housing costs ($76,062) and the 12th-lowest COVID-19 infection rate as of Oct. 25 (7.72 cases for every 100,000 residents).

With 1,783 property crimes reported for every 100,000 residents, Raleigh, North Carolina, has the 14th-lowest property crime rate in our study. The state capital is also 18th for internet access, as 91.94% of households are connected to the worldwide web. 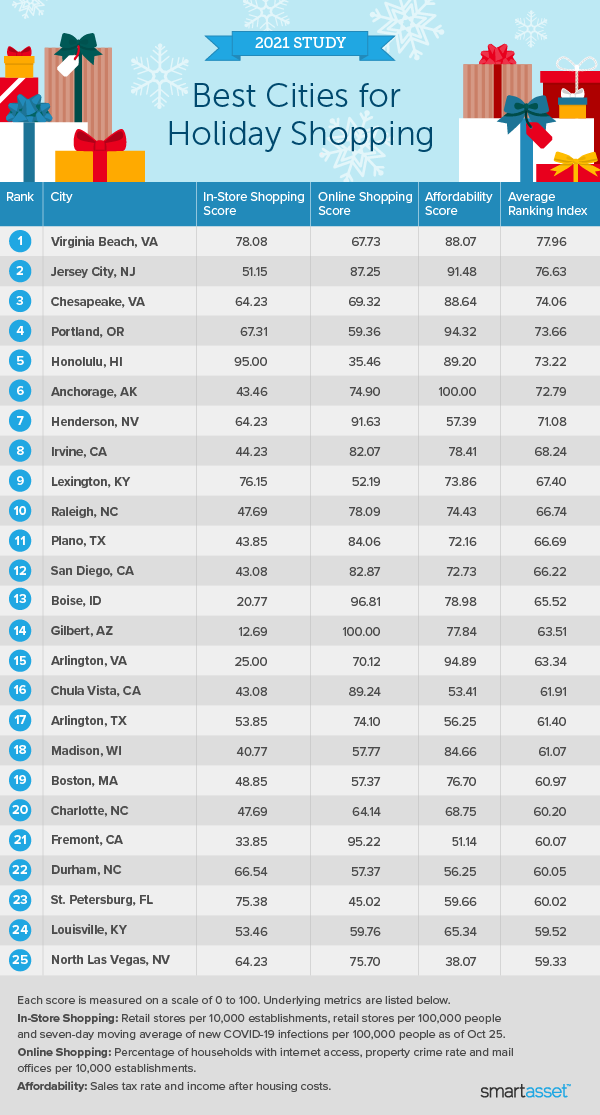 To find the best cities for holiday shopping in 2021, we analyzed 100 cities across three categories of metrics:

First, we ranked each city in each metric, assigning equal weight to every metric. We then averaged the rankings across the four categories listed above. For each category, the city with the highest average ranking received a score of 100. The city with the lowest average ranking received a score of 0. We created our final ranking by calculating each city’s average score for all three categories.