The Most Credit Card Reliant Places in America 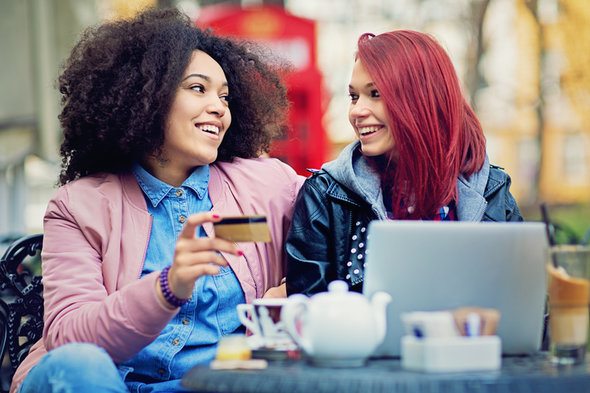 Credit cards are a powerful personal finance tool. Used correctly they can unlock tremendous rewards, worth thousands of dollars. Used incorrectly and they can lead to spiraling debt and thousands of dollars lost in high interest payments. With this in mind SmartAsset looked at which places of the U.S. are the most reliant on their credit cards.

In order to find the places where residents are most reliant on their credit cards, SmartAsset analyzed data on credit card debt, median individual income, credit utilization rate, late payment rate, average number of open credit cards and credit card debt as a percent of overall debt. To see where we got our data and how we put it together, check out our data and methodology section below. 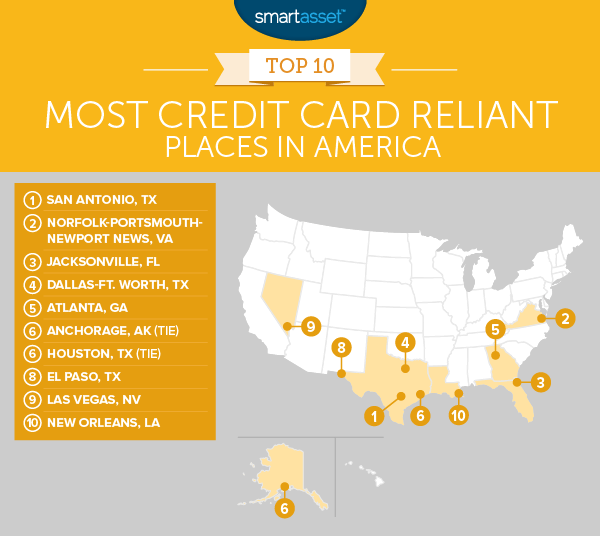 It’s always best to pay your credit card bills on time. If you don’t, you run the risk of paying a ton in extra interest payments or in late fees and penalties. Residents of San Antonio have struggled with paying their credit card bills on time, according to our data. San Antonio residents make an average of 0.54 late payments per billing cycle. That’s a top 20 rate in this study.

Some folks in the Norfolk-Portsmouth-Newport News metro area are pushing their credit boundaries. The average credit utilization rate in the area is 36%, the third-highest in our study. Keep in mind that a high utilization rate (above 30%) can hurt your credit score. Our data also shows that on average over 16% of Norfolk-Portsmouth-Newport News residents’ non-mortgage debt is held in credit cards. That’s the fourth-highest rate in the study.

The good news is that despite leaning heavily on their credit cards, Norfolk-Portsmouth-Newport News residents seem to be doing an OK job making payments. This area has an average late payment rate of 44%, that’s the third-lowest in the top 10.

Scoring only one point less on our overall index than Norfolk-Portsmouth-Newport News, is Jacksonville, Florida. Jacksonville scores in the top 20 in two metrics: utilization rate and credit card debt as a percentage of non-mortgage debt.

Alaska has a relatively high cost of living so it may not be a surprise to learn that residents of the state’s largest metro area are racking up credit card debt. The average Anchorage resident has about $7,520 in credit card debt. Residents earning Anchorage’s median income would need to spend just under 23% of their income to eliminate all of that credit card debt. For that metric, Anchorage ranks 27th in the study and third in the top 10.

Tied with Anchorage at sixth is Houston. Houston residents earn just under $30,000 annually, on average. This helps keep their rate of debt as a percent of income relatively low. But in terms of other credit card reliant metrics they score high.

For example, Houston residents have the 11th-highest rate of credit card debt as a percent of non-mortgage debt, on average. The bad news for Houston residents is that they don’t tend to pay their credit card bills on time. Only 45% of payments are made on time in Houston, according to our data.

Another problem with racking up credit card debt is that you run the risk of not being able to pay your bill when it arrives. El Paso residents, on average, have around 0.56 late payments per billing cycle.

Sin City ranks ninth on our list of places most reliant on their credit cards. Las Vegas residents have high utilization rates – above 34%, on average. They also have an average late payment rate of around 50%.

On other metrics, however, Las Vegas scores better than many other cities. For example, average credit card debt is equal to about 20% of the average resident’s annual income, the 89th-highest rate in our study.

Other indicators also suggest New Orleans residents are reliant on their credit cards. For example, they have an average utilization rate just under 34% and make 0.52 late payments per billing cycle. 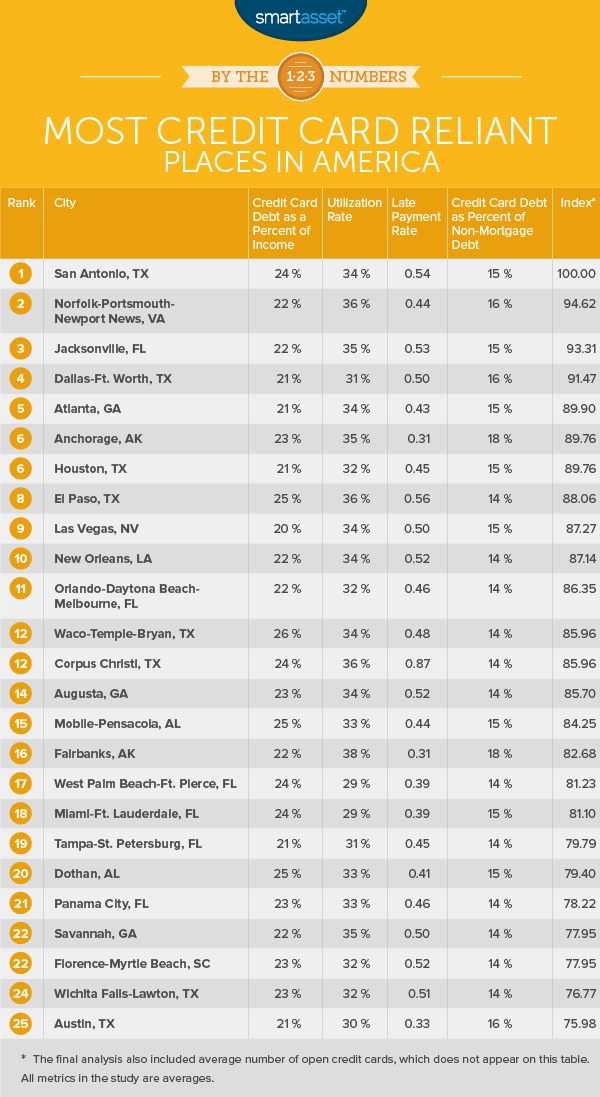 Credit cards work like short-term loans with extremely high interest rates. So in order to make sure you avoid costly interest payments you should be sure to use your credit cards responsibly. In part, that means only buying things you can afford to pay in full and on time.

If you cannot make the full payment each month, paying as much as you can or at the very least the minimum payment, on time is the next best strategy. By not paying it in full you are racking up interest payments, and by the time you do finally pay it off you may end up paying for items many times over.

If you are already doing all of those things and if you don’t have debt to pay off, credit cards can be a good way to build credit history and raise your credit score. Remember a high credit score allows you access to benefits like the best mortgage rates and rewards credit cards.