Where Rent Is Becoming More and Less Affordable – 2019 Edition 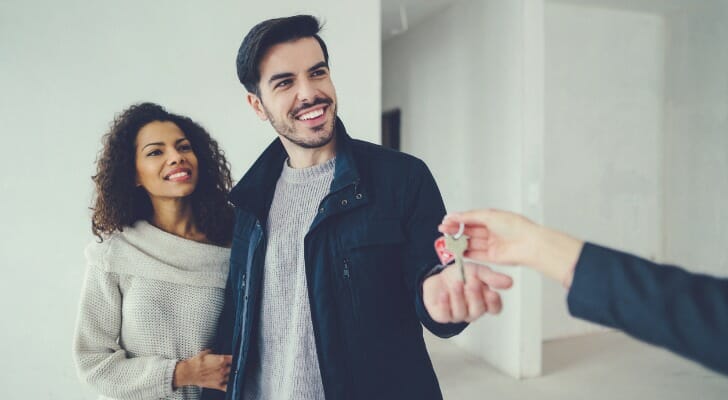 Rent affordability is largely dependent on income. Guidelines from the Department of Housing and Urban Development (HUD) recommend that households not spend more than 30% of their monthly gross income on housing-related expenses, including rent and utilities, to comfortably afford other necessities like food and healthcare. But fluctuations in rent as a percentage of income can greatly affect individuals’ adherence to that rule and their ability to save.

In this study, we looked at cities in the U.S. where rent is becoming more and less affordable by comparing average market rent to incomes in each place. Specifically, we compared rent prices from 2015 and 2018 to median household incomes over the same period. For details on our data sources and how we put the information together to create our final rankings, check out the Data and Methodology section below. 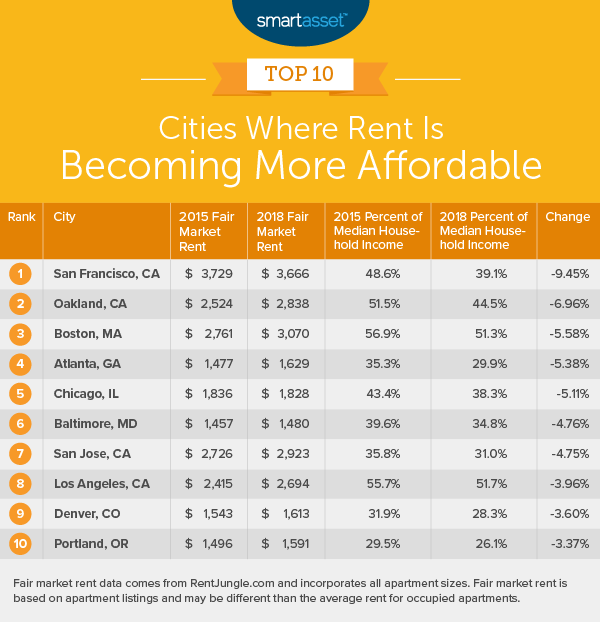 Rent as a percentage of income fell by 9.45% in San Francisco, California between 2015 and 2018 as a result of an uptick in income and a slight decline in average market rent. Between 2015 and 2018, the average market rent decreased by 1.70% and the median household income increased by 22.02%. Despite this, roommates may be a good idea, since 2018 rent as a percentage of income was still 39.14%, squarely within housing-cost-burdened territory, according to HUD guidelines. In our study on what a roommate saves you in 50 U.S. cities, San Francisco takes the top spot. Using data from Rent Jungle, we found that residents may save more than $1,000 a month by having a roommate in San Francisco.

Though increasing rent affordability is positive news for Boston residents, they are still spending a significant amount on rent. In 2018, rent as a percentage of income was 51.28%, the third-highest rate of any of the 50 cities in our study and signifying severe housing-cost burden. 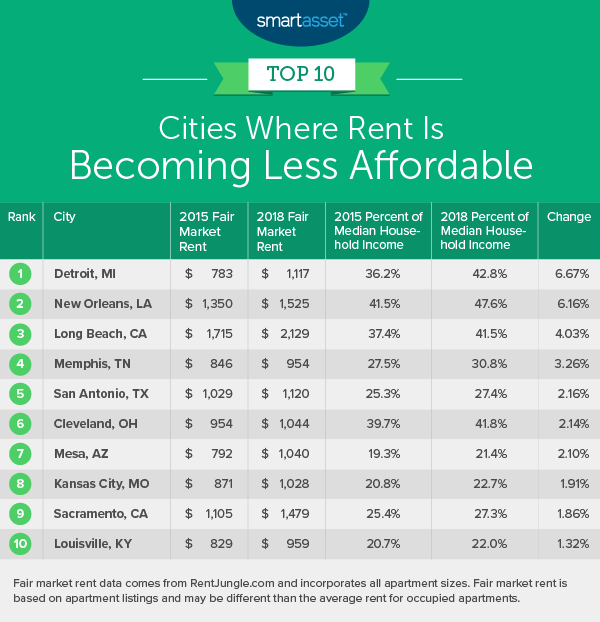 The lowering rent affordability is particularly concerning in New Orleans as it already ranks as one of the most severely housing cost-burdened cities in the U.S., ranking eighth of the 126 cities we considered in that study. We found that 15.67% of the population in New Orleans spent 50% or more of income on housing costs in 2017.

Though average market rent increased in Memphis, Tennessee by only about $100 per month between 2015 and 2018, that was an increase of 12.74% in percentage terms. Median annual household incomes also increased over that time period by almost $300, or just 0.79%. As a result, rent as a percentage of income increased from 27.51% to 30.78% over the four years.

From 2015 to 2018, the average rental unit cost in San Antonio, Texas increased by 8.89%. With median household incomes increasing by only 0.32% over the same time period, rent as a percent of income grew by 2.16% to 27.43%, bringing that percentage closer to the housing cost-burden threshold. Despite the decrease in rent affordability relative to income, San Antonio still ranks toward the middle of all cities for rent as a percentage of income in 2018.

Tips for Managing Your Rent Savings