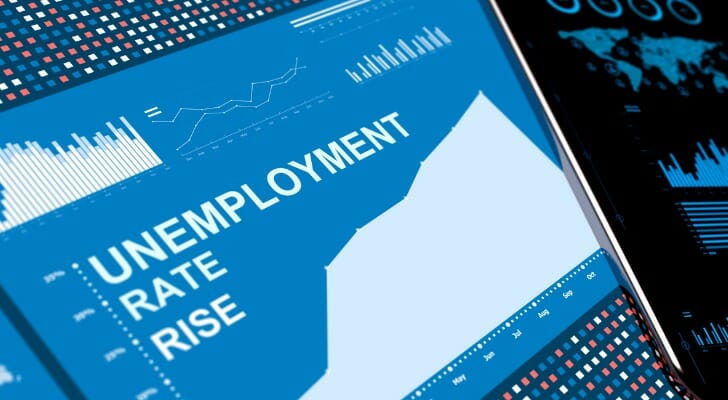 The U.S. unemployment rate rose nationally by 11.2 percentage points between February 2020 and April 2020, from 3.5% to 14.7%. While unemployment has risen throughout the country, compromising job security and savings for so many, some places have seen much larger spikes over that two-months period. SmartAsset looked at the metro areas where unemployment has increased the most during COVID-19.

In this study, we compared February 2020 and April 2020 unemployment rates for all 389 U.S. metro areas and found the percentage point increase in unemployment in each place. For details on our data sources and how we put all the information together to create our final rankings, check out the Data and Methodology section below. 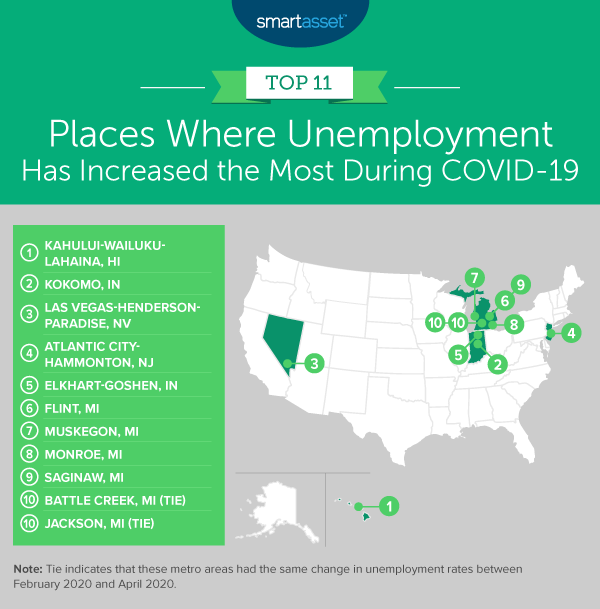 Located in the North Central region of Indiana, Kokomo ranks as the second metro area where unemployment has increased the most during COVID-19. Over the past two months, the unemployment rate in Kokomo rose by 30.3 percentage points, from 3.8% in February to 34.1% in April.

In our March 2020 study, we predicted that Nevada and large cities within the state were some of the places most likely to be affected by a COVID-19 recession. In line with that prognostication, unemployment in Nevada’s largest metro area, Las Vegas-Henderson-Paradise, has risen significantly. In February 2020, fewer than one in 20 workers was unemployed. In April, close to one in three workers in the metro area was unemployed.

Flint, Michigan is the fifth metro area in the study with an April 2020 unemployment rate exceeding 30%. Of the roughly 180,000 total workers in the labor force, close to 55,500 individuals were jobless, actively seeking work and available to take a job.

If you are unemployed and live in Michigan, be sure to apply for benefits. Michigan residents can apply for unemployment benefits here.

Unemployment in the Muskegon, Michigan metro area rose by 25.5 percentage points between February 2020 and April 2020. In February, there were about 2,900 unemployed workers, and in April, that number surpassed 23,100.

In the Battle Creek, Michigan metro area, unemployment increased by 21.0 percentage points during COVID-19 from February 2020 to April 2020. Some 12,621 individuals became jobless over that period.

The Jackson, Michigan metro area also saw a 21.0 percentage point increase in unemployment between February 2020 and April 2020. In February, fewer than 2,600 individuals in the area were jobless, while in April, close to 17,800 residents were unemployed.