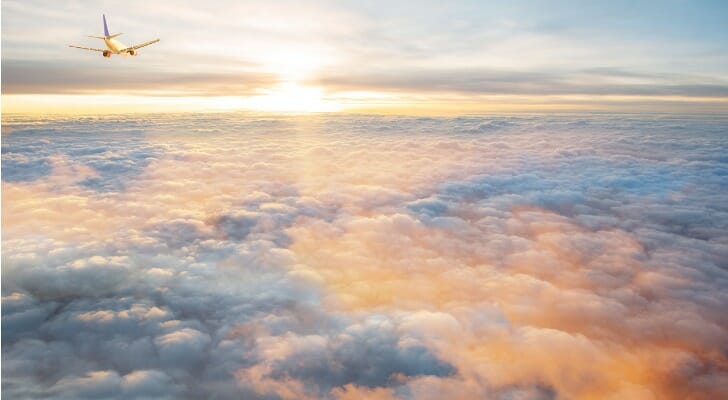 About two-thirds of the jobs outlined by the Bureau of Labor Statistics (BLS) in 2018 do not require workers to have a bachelor’s or advanced degree. Though pay is generally correlated with education level and the majority of those jobs have average annual salaries below $50,000, some jobs that require only an associate’s degree or less actually pay pretty well. As a result, they can allow workers to meet their savings goals more quickly.

In this study, we looked at the highest-paying jobs that don’t require a bachelor’s or advanced degree. Using BLS data from 2018, we sorted occupations by the typical degree needed for entry and then ranked occupations requiring an associate’s degree or less by the average annual salary for workers in that occupation. For details on our data sources and how we put the information together to create our rankings, check out our Data and Methodology section below. 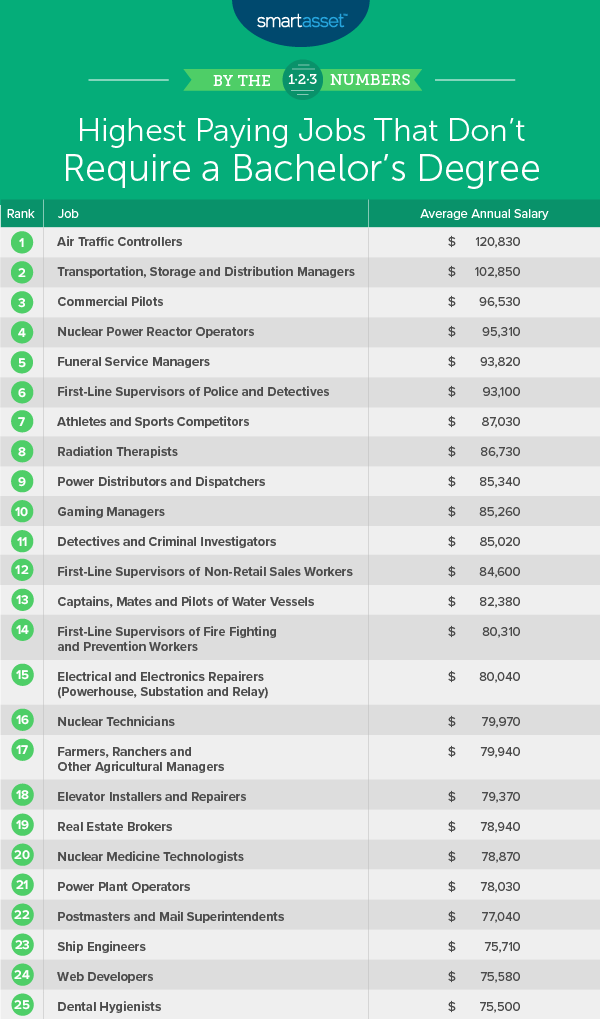 6. First-Line Supervisors of Police and Detectives

Radiation therapists is the third occupation on our list that typically still requires some form of education beyond high school, following both air traffic controllers and funeral service managers. Most radiation therapists complete programs that lead to an associate’s degree, or potentially a bachelor’s, in radiation therapy.

Though power distributors and dispatchers do not typically have a bachelor’s degree, the BLS notes that they tend to have extensive on-the-job training, which often includes a combination of classroom and hands-on learning. However, this training may be worth it. In 2018, power distributors and dispatchers had an average annual salary of $85,340, some of which they can use to supercharge their retirement savings.

Gaming managers most often work in casinos. The typical education needed for entering the occupation is a high school diploma or equivalent. In 2018, the average annual salary for gaming managers was $85,260.

To find the highest-paying jobs for workers without a bachelor’s or advanced degree, SmartAsset looked at data from the Bureau of Labor Statistics for 2018. We sorted occupations by the typical degree needed for entry, filtering out any occupation with “all other” and “miscellaneous” in the title due to lack of specificity. We then ranked occupations requiring an associate’s degree or less education by the average annual salary for workers in that occupation.