Where Retirees Are Moving – 2019 Edition 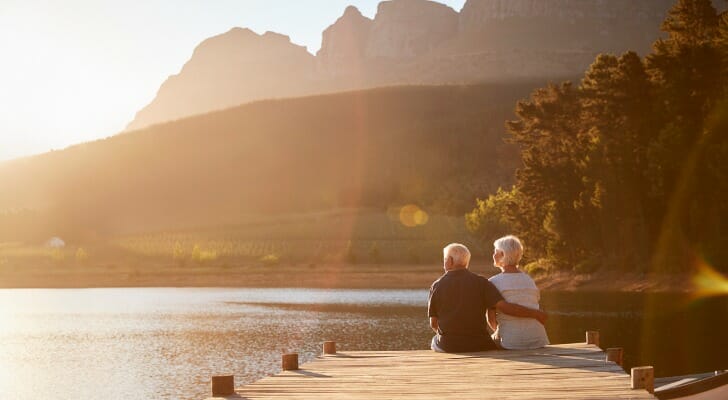 According to Census Bureau data from 2017, there are more than 71 million people in the U.S. aged 60 and older. Each year more people reach retirement age and decide to make some changes as they enter a new phase of their lives. One big shift could be relocating to other cities or states with the help of a financial advisor. For some, the goal is to avoid paying taxes on all of their retirement savings. For others, it’s the chance to spend their golden years in a new and different climate. Regardless of what’s brought them to a locale, retirees are an important part of city and state economies, so we investigated the data to see where the most retirees are moving.

In order to determine the cities and states to which the most retirees are moving, SmartAsset ran data from the Census Bureau. We compared the number of people aged 60 and older who moved into a city (or state) to the number of people who moved out of a city (or state). You can find more about our data and how we put together the final rankings in the Data and Methodology section below.

This is SmartAsset’s fourth annual study on where retirees are moving. You can read the 2018 edition here. 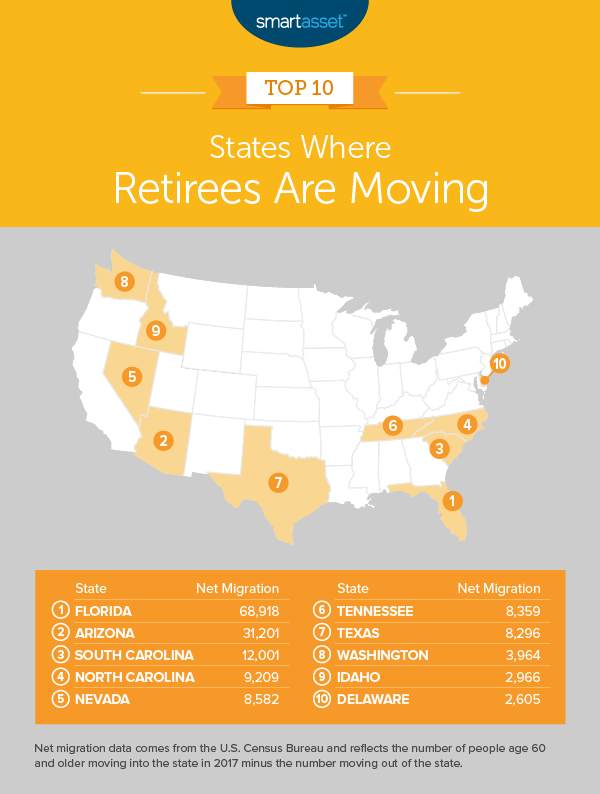 The top five states are the same as last year, though North and South Carolina did switch spots. Florida is the clear leader, but Arizona has closed the gap. While the gap between Florida and Arizona’s net migrations last year was more than 56,000, it’s about 37,700 this year.

Notably, half of the states in our top 10 do not tax income and wages. Florida, Nevada, Texas and Washington have no income tax at all. Tennessee doesn’t tax wages, which means retirees in the state don’t pay tax on income from Social Security, 401(k) plans or individual retirement account (IRAs).

The bottom 10 of the list includes some of the least tax-friendly states. For example, California, New York and New Jersey all rank in the bottom five. Seven of the bottom 10 states in our list also rank among the 10 most expensive states in terms of monthly housing costs, which include property taxes and homeowners insurance. However, Washington State, which ranks in the top 10 for where retirees are moving, is also the eighth most expensive state when it comes to monthly housing costs. 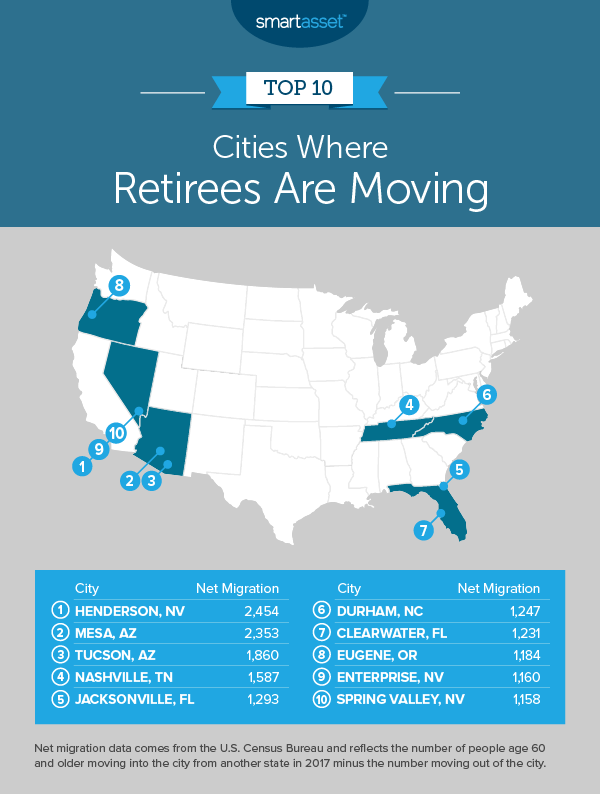 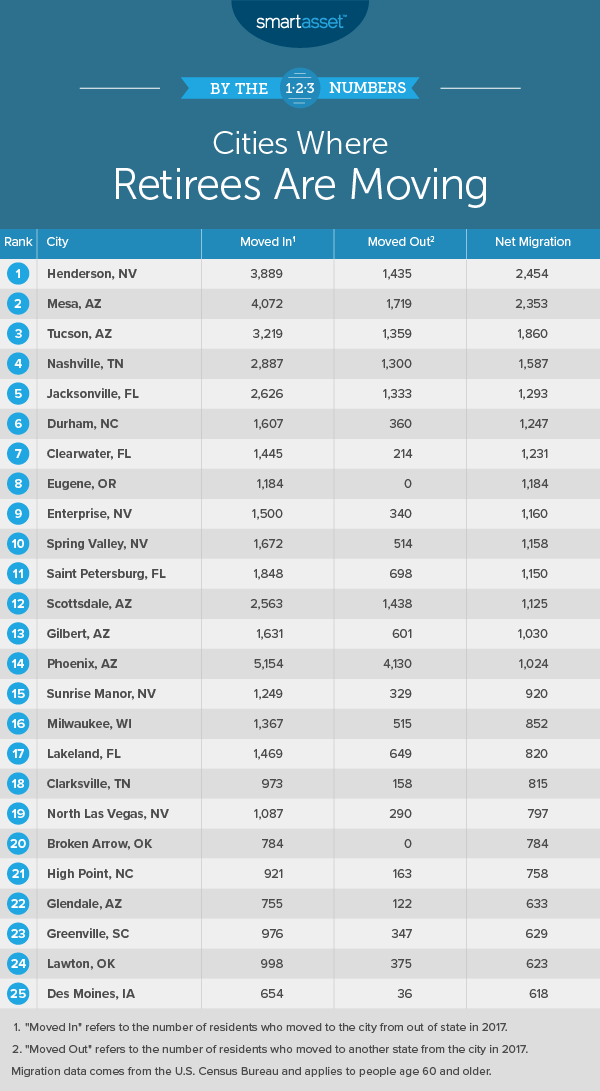 To find the most common destinations to which retirees are moving, SmartAsset analyzed data from the Census Bureau 2017 1-year American Community Survey. We looked specifically at the number of people aged 60 and older who moved out of a city or state and compared that to the number who moved into the city or state. Our final ranking is organized from highest to lowest net migration. In total, we looked at data for 213 cities as well as all 50 states plus Washington, D.C.

Tips for Making the Most of Retirement Savings