Occupations Where Location Matters Most for Pay – 2019 Edition 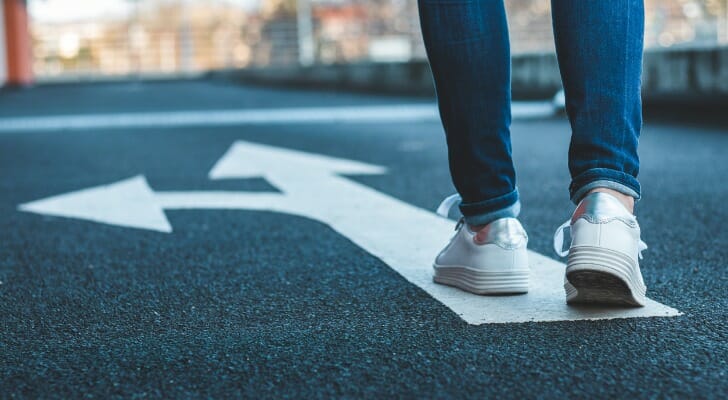 People working in the same profession can have vastly different incomes, often related to where they live. After all the cost of living in a place can have a significant impact on pay. Waiters and waitresses, for example, may be paid more in New York, New York than they are in Minneapolis, Minnesota simply because many expenses such as food, transportation and housing are higher in the Big Apple than they are in the Mini-Apple. Additionally, workers’ earnings are subject to supply and demand curves in each place, and as a result, the prevalence of certain industries in a place may skew earnings up or down.

In this study, we looked at which occupations with more than 100,000 workers nationally have the greatest range of salaries across all 50 U.S. states as well as the District of Columbia. Using Bureau of Labor Statistics (BLS) data from 2018, we compared the national average annual salary for each occupation to the maximum and minimum salaries for each occupation by state. For more information on our data sources and how we put together our findings, check out our Data and Methodology section below.

According to the Bureau of Labor Statistics, in 2018, bartenders in the U.S. made $26,780 annually on average. However, average wages for bartenders varied significantly by state. In Hawaii, the average annual income for a bartender was $55,060, 105.6% more than the national average, while in Kansas, bartenders made $19,160 on average, 28.5% less than they did nationally. Summed, the range above and below the national average in 2018 was 134.1%, the largest of any occupation in the U.S. with more than 100,000 workers.

In 2018, there were 173,470 printing press operators in the U.S. With an average national salary of $38,470, printing press operators were paid the most in the District of Columbia and the least in Oklahoma, making $80,680 and $30,430 in the two places, respectively. Workers in this field would benefit from noting, however, that Oklahoma is one of the top five cheapest states to buy a home, and the nation’s capital is ranks among the five most expensive places nationwide.

Like bartenders, waiters and waitresses are generally paid the most in Hawaii of any state. In fact, the location quotient – the ratio of an occupation’s share of employment in a given area to that occupation’s share of employment in the U.S. as a whole – is the highest for waiters and waitresses in Hawaii compared to any other state for this occupation, at 1.67 in 2018.

In stark contrast to New York, Arkansas had the lowest average pay for real estate sales agents of any state in 2018, making only $41,100.

7. First-Line Supervisors of Police and Detectives

To find the occupations where location matters the most for pay, SmartAsset looked at employment data from 2018 on both the national and state level for all 50 states as well as the District of Columbia. Considering only occupations with more than 100,000 workers nationally and filtering out occupations with “other” or “miscellaneous” in the title due to lack of specificity, we compared the maximum and minimum average state salaries for each occupation to the national salary for that occupation. Specifically, for both the highest and lowest salaries within an occupation, we calculated the percentage difference from the average salary nationwide. We summed those two differences to find the salary range for each occupation. We then sorted occupations according to this range, with occupations with the largest ranges ranking the highest.

All data comes from the Bureau of Labor Statistics and is for 2018.

Stephanie Horan, CEPF® Stephanie Horan is a data journalist at SmartAsset. A Certified Educator of Personal Finance (CEPF®), she sources and analyzes data to write studies relating to a variety of topics including mortgage, retirement and budgeting. Before coming to SmartAsset, she worked as an analyst at an asset management firm. Stephanie graduated from Williams College with a degree in Mathematics. Originally from Philadelphia, she has always been a Yankees fan and currently lives in New York.