The Economics of Craft Fairs 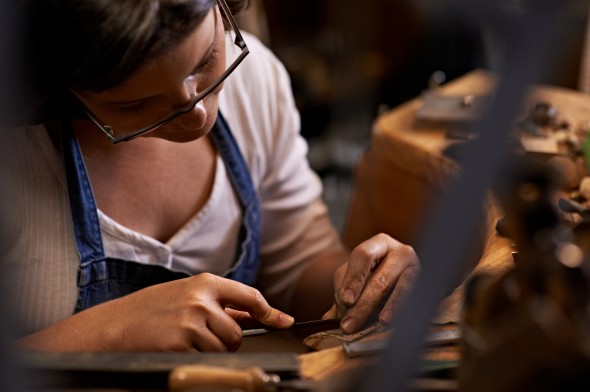 As American consumers increasingly long for a personal, local touch in the goods we buy, the craft industry seems to be booming. Have you ever dreamed of quitting your 9-to-5 job and starting a career selling handmade crafts? Or wondered whether selling goods at craft fairs would be a lucrative side hustle? Here’s what you should know about the economics of craft fairs, from how much it costs to participate to how much you stand to earn.

What counts as a craft?

You may have heard that in the case of craft beer, what’s marketed as “craft” is sometimes owned and produced by big corporate conglomerates. The same can be said for some of the items sold at craft fairs. If you head to a holiday craft fair in your area, particularly one that casts a wide net for vendors, you may be seeing mass-produced items. But in theory, a craft fair should have vendors selling items they made themselves, by hand. One reason to go to a craft fair is to “shop small” and support local businesses.

As a craftsperson, you’ll generally have to pay for the privilege of selling your wares at a craft fair. The price you’ll pay for a booth or table at a craft fair will depend on several factors: the size of the fair, the prestige, the length of the fair and the perks involved.

For example, an established three-day fair that draws a huge crowd and engages in a lot of promotion and advertising will charge vendors more than a small, local event held in a parking lot or church basement. According to Entrepreneur.com, booth space at a craft fair typically costs between $200 and $300. Some fairs also charge a percentage of your sales.

Craft fairs come in two basic forms: juried and non-juried. Vendors who want to sell their crafts at a juried show have to apply for the privilege. Sometimes there is an application fee. Juried shows also charge higher booth fees. However, because they’re likely to attract customers with more to spend, the financial outlay involved in selling at a juried show is generally considered worthwhile.

The booth fee won’t be the only fair-related expense you have to pay for. In some cases you’ll have to provide your own table and chairs, though these are often included. To attract visitors to your booth you’ll probably want to have more than just a table and the goods you’re selling. You may want to have a nice tablecloth, some cookies and lemonade or other enticements. It’s a good idea to pay for a sign and business cards to promote your business.

You can save money by bringing your own food but you still might end up succumbing to temptation and spending money at the craft fair yourself. Another expense that may pay off is some sort of give-away, whether it’s a free sample or mini product with purchase, or a larger item that’s raffled off at the end of the fair. 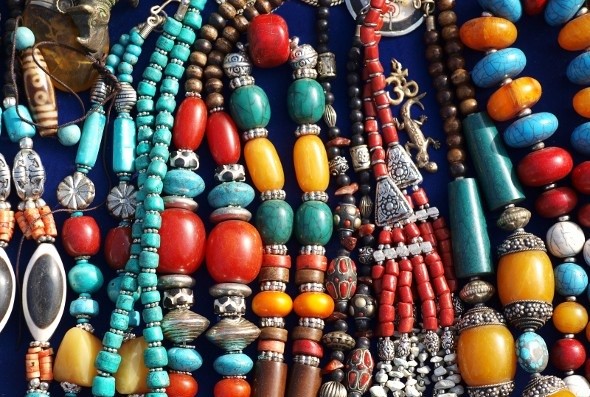 Let’s say you’re a crafter who decides to take the plunge and spend $200 for a booth or table at a craft fair. Your costs don’t end there. You likely have to travel to the craft fair by plane, train, car or public transit. You may also have to pay for luggage or shipping.

Want to get a credit card reader so your customers can pay with a credit card? You’ll have to pay for that, too. Square, which lets you use your smartphone as a card reader, charges a 2.75% swipe fee. Intuit charges the same percentage. Paypal and Shopify both charge swipe fees of 2.7%. All of these services charge a higher percentage for payments you enter manually.

Then there’s the cost of the materials you use to make your wares. If your personal talent is making wallets out of old tires or picture frames out of salvaged wood, your costs will be fairly low. But if you make artisan jewelry out of gold and diamonds, you’re going to need to shell out a lot more for materials. Whatever their materials costs, many makers double, triple or quadruple their costs to determine the price they’ll charge customers.

For some vendors, customer volume is key to success, while for others it’s a question of finding a good match with a handful of customers who have more to spend. That’s why it’s important to do your research before you apply to sell at a craft fair. You want to make sure the crowd that attends is a good fit for your merchandise.

In fact, one successful jewelry artist wrote in an essay about why she stopped doing craft fairs that the fairs weren’t a good fit for her business model. Because her materials were more expensive, her prices were higher and craft fair attendees weren’t willing to spend that much. As a consequence, she was paying to attend craft fairs and not making a profit.

For folks with high materials costs, selling online may make more sense than attending a lot of craft fairs. On the other hand, there are high-end craft fairs where a maker with high prices could do well. And selling at a craft fair could provide valuable marketing that would translate into greater online sales. 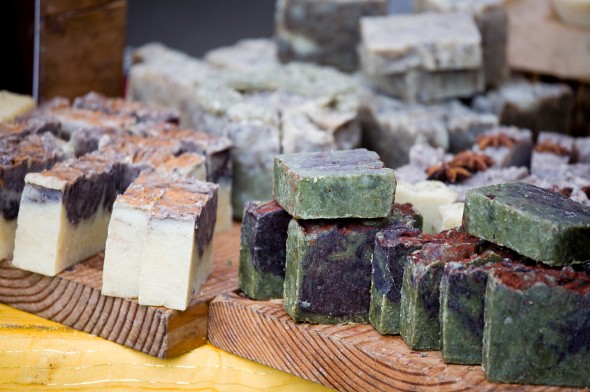 According to the Bureau of Labor Statistics, median weekly earnings in the U.S. were $803 in the third quarter of 2015. Let’s say you want to do a little better than that and earn $900 per week. At 50 weeks of work, you’ll earn $45,000 per year. You won’t be flying first class but you’ll have a solid income.

In craft circles, there’s a lot of talk about the “7x rule.” According to this rule, makers should aim to sell 7 times what they pay for the booth fee at a craft fair. So, if you go to a craft fair that has a $200 booth fee, you’ll want to sell at least $1,400 worth of merchandise. 45,000/1,400 = 32.14. Does that mean you’ll have to attend 32 craft fairs per year to meet your income goal? Not exactly, because you’ll still have to cover your costs. You either need to make more money or attend more craft fairs.

When you run the numbers, you can see why it’s pretty rare to make an income from craft fairs alone. If you already have a part- or full-time job and do, say, five craft fairs each year as a side hustle, you could rake in $7,000 ($1,400 x 5) in revenue. That’s a respectable side hustle for five weekends of work, plus the hours you spend making your merchandise. Or, you could supplement your craft fair income by selling your wares in a brick-and-mortar or online shop.

Here’s a 2012 quote from an Etsy forum titled “Craft Fairs… it’s a living! Average income from craft fairs.” It shows how difficult it can be to make a living solely from the income made at craft fairs:

“Usually about 10x my booth fee is a pretty profitable show for us. We take what we make and subtract about a third of it for materials, then subtract our expenses for the show (booth fee, gas, meals, possible motel?) and if we have a couple hundred dollars after that we’re good. Of course if you broke it down to hourly pay for two of us, including time to create, prepare, set up, sell, take down, drive to and from, our hourly wage is not too good.”

The income you make at a craft fair is income you’ll have to declare to Uncle Sam when it comes time to pay your income taxes. For starters, you’ll need to obtain a tax ID number for your small business, which may involve registering with the state where you’ll be selling your wares. If you don’t have a business you’ll declare your craft fair income on your personal income tax returns.

Depending on where the craft fair is located, you may need special paperwork or permits to sell, too. Each time you apply to sell at a craft fair it’s a good idea to ask the team running the fair if there are special licenses or permits you’ll need as a vendor. You should also ask if there will be someone on hand to collect local sales taxes at the close of the event.

In some states, there is a floor for collecting sales tax, which means you might not need to collect the tax if your sales are small. The rules concerning local and state sales tax can be complicated, but it’s important to comply with all relevant tax law. For more details on tax compliance for craft fair vendors, check out this page from the U.S. Small Business Administration. With mobile services like Square and Paypal, you can enter your tax settings before you start swiping payments.

Anyone interested in selling at a craft fair can head to festivalnet.com or thecraftsfaironline.com. Both are sites that aggregate listings for craft fairs around the country. Unless you have an impeccable record of picking the perfect craft fairs for your work and racking up sales, you may decide to think of craft fairs as a complement to other income sources. One other income source could be your day job. Or, if you want to devote yourself to your craft full-time, you can complement craft fair revenue with sales in galleries and online.

If you decide to become a a small business owner, you may need an advisor who specializes in taxes or one who specializes in another area. A matching tool like SmartAsset’s can help you find an advisor to work with to meet your needs. First you’ll answer a series of questions about your situation and your goals. Then the program narrows down thousands of advisors to up to three who meet your needs and are in your area. You can then read their profiles to learn more about them, interview them on the phone or in person and choose who to work with in the future. This allows you to find a good fit while doing much of the hard work for you.