The Average Salary of a Dentist 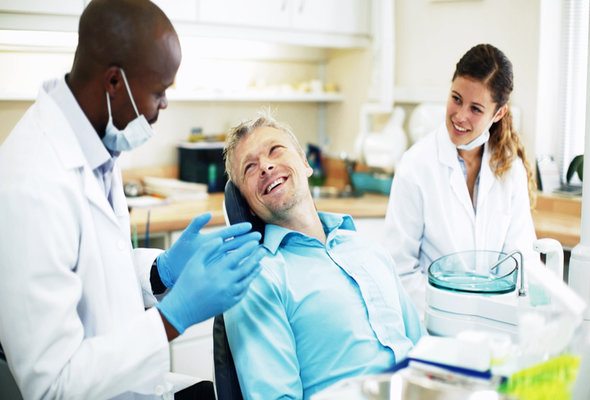 There are more than 113,000 dentists in the U.S., according to the Bureau of Labor Statistics (BLS). That’s not surprising given that most Americans are visiting the dentist at least once a year: The CDC found in 2014 that 62% of Americans between the ages of 18 and 64 had visited a dentist in the past year. That’s close to the percentage (64%) of Americans who have dental benefits.

That means a steady stream of business for dentists, and it also contributes to the profession’s high salaries. Let’s take a closer look at the job landscape for dentists and the average salary of a dentist.

The Average Salary of a Dentist: The Basics

Dentists enjoy a high salary and can feel confident that their field will grow in the years to come. But becoming a dentist is no walk in the park. According to the American Student Dental Association, the average student debt for all indebted dental school graduates in 2016 was $285,185. Roughly four out of five 2018 dental school graduates reported debt levels of more than $100,000. Since 1990, the amount of debt that dental students take on has increased fourfold.

The Average Salary of Oral and Maxillofacial Surgeons 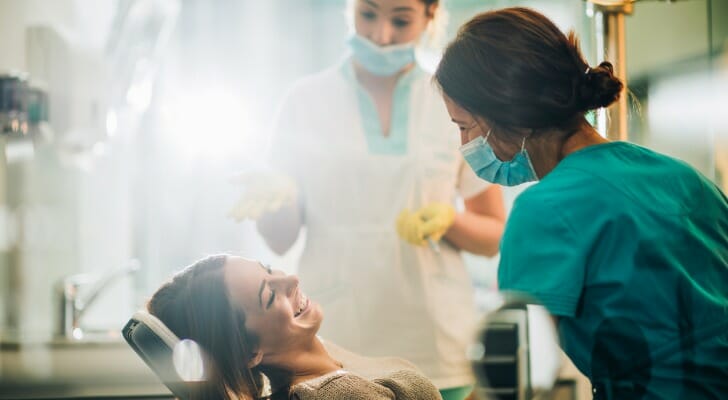 Not surprisingly, oral surgeons tend to earn higher salaries than non-surgeon dentists. The mean annual salary of an oral and maxillofacial surgeon is $242,370 per year, $116.52 per hour. Among the highest-paying states for oral surgeons are California, Nebraska, Indiana and Maryland. Among the highest-paying metro areas are Washington-Arlington-Alexandria; Chicago-Naperville-Elgin; Los Angeles-Long Beach-Anaheim; and Grand Rapids-Wyoming.

The Average Salary of a Orthodontist

Orthodontists, too, earn higher salaries than dentists. The average salary of an orthodontist is $225,760 per year, $108.54 per hour. The highest paying state for orthodontists is Massachusetts. Other high-paying states are South Carolina, North Carolina, New Jersey and Iowa. The top-paying metro area for orthodontists is Boston-Cambridge-Nashua. Other high-paying metro areas are North Port-Sarasota-Bradento (Florida); Sacramento-Roseville-Arden-Arcade; New York-Newark-Jersey City; and Washington-Arlington-Alexandria.

The Average Salary of a Prosthodontist

The average salary of a prosthodontist is $191,400 per year, $92.02 per hour. The BLS lacks state- and metro-specific data on prosthodontist pay. Prosthodontists construct oral prostheses that fill in gaps in patients’ teeth or jaws.

The Average Salary of a Dental Hygienist 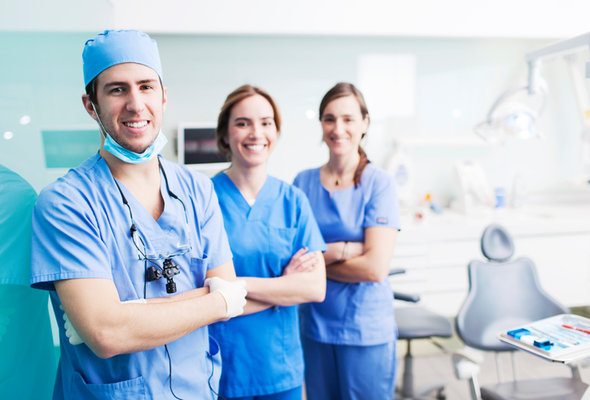 The Average Salary of a Dental Assistant

Dentists tend to have a good work-life balance and earn high salaries. However, becoming a dentist involves a considerable investment of time and money. Those who train to become specialists such as oral surgeons and orthodontists stand to earn over $200,000 per year.