How to Make Money on Tumblr 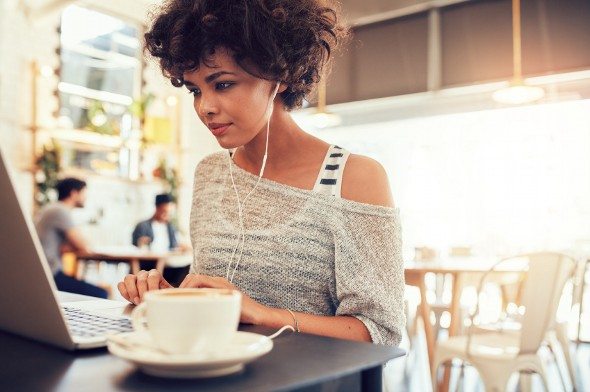 Are you on Tumblr? If not, you could be missing out on an opportunity to earn money through ad revenue or to boost your small business profits. There are several different ways to make money on Tumblr and we’ll give you the run-down on how to make the most of your Tumblr account.

How to Make Money on Tumblr: Establish a Voice

First things first. If you’re not already on Tumblr you’ll need to create an account and start a blog. Think about whether you want your Tumblr to represent you as a person or whether you want the Tumblr to be for your business. Of course, you can have more than one account, but it’s a good idea to focus your money-making energies on one or the other.

Once you’ve set up those basics on Tumblr you can choose the appearance of your blog. It’s also a good idea to decide on a tone and stick to it. Will your blog be bright and playful or minimalist and serious? A consistent brand voice will help you gain and retain followers.

Success on Tumblr is a matter of having many followers for your blog and many “notes” on your posts. Posts get notes when someone likes or reblogs them. Having highly shareable images, quotes and GIFs can improve your chance of attracting followers on Tumblr.

Related Article: How to Make Money on Ebay

OK, so you’ve set up your Tumblr blog and decided on a look and tone. Now it’s time to keep up a consistent stream of posts. Experts suggest at least a few times a week.

To start, you may want to follow some brands and people you admire and see how they use Tumblr. You could try emulating their posting schedule, but of course you don’t want to copy their look and voice – you want to establish your own.

To stay on users’ dashboards and on their minds you’ll need to post frequently. If you don’t, you won’t build the kind of engaged following that you need to make money on Tumblr. There are various services that let you queue up posts in advance.

Tumblr is a visual medium. Yes, there are text-heavy blogs, but many of the most successful blogs are image-based. Images, GIFs and videos, or small bits of text on a colorful background, are a good idea on Tumblr.

Use Keywords and Tags

Using keywords, tags and hashtags will help users find your Tumblr and help Tumblr recommend your blog to the right users. That’s because the first 20 tags you add to any blog post (but not to re-blogs of others’ posts) will all be searchable on Tumblr.

So, if a user decided to explore a tag you used (e.g. #NYC) via a Tumblr tag page, he or she would be able to see your post. That’s why tags are so useful for gaining new followers. You can use hashtags or regular tags, and your tags can have spaces or periods in them.

How to Make Money on Tumblr: Monetize with Ads 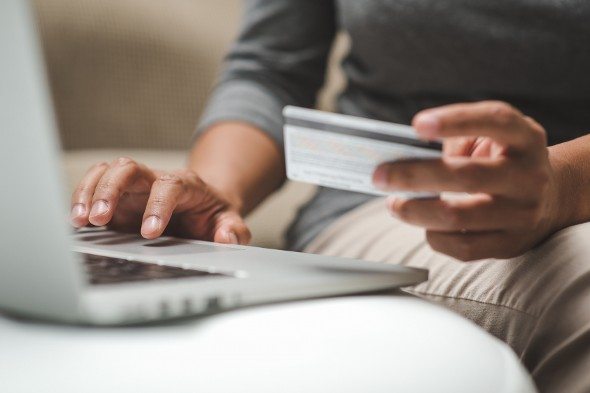 Now that we’ve covered the basics of setting up and maintaining an appealing Tumblr blog we can get into the details of monetization. One way to monetize your Tumblr blog is with ads via Google Adsense, Yahoo Bing Contextual Ads, Infolinks or another company that offers this service.

You can set up an account with the service you choose and start monetizing your Tumblr blog. The process and requirements will vary depending on which ad company you choose, as will the rates you get per click or impression. In general, though, you’ll be able to make money when visitors to your Tumblr blog click on ads that appear there. That’s why it pays to have a large and engaged following.

Related Article: How to Make Money on Etsy

In addition to allowing ads to be served to the visitors of your Tumblr blog, you can also make money on Tumblr by adding affiliate links. For example, you can join the Amazon Associate program and include Amazon links on your Tumblr. Then, if visitors to your Tumblr blog click on an Amazon link you’ll earn money from Amazon.

Monetizing via affiliate links can work well if your Tumblr is already a product-focused account such as a blog where you review beauty products or cover fashion trends. And Amazon isn’t the only option for affiliate links. ShareASale is another popular option and there are others on the market.

It’s important to note that Tumblr’s community standards come down hard on affiliate linking that rises (or sinks) to the level of spam. You can find yourself with your account deleted if you include too many affiliate links.

Sponsored posts that are disclosed are another way to make money from brands without attracting the ire of Tumblr. However, it’s against Tumblr’s Community Guidelines to “create blogs with the primary purpose of affiliate marketing.” You can also include links in the captions of the images you post, which will reappear when users re-post that image. That can help drive traffic to, say, a personal website where you sell products or have ads through AdSense.

Link to Your Shop, Business, Blog or YouTube Channel

Many people use Tumblr to support their business, such as a brick-and-mortar shop or a shop on Etsy or Ebay. You can link to these in the left rail of your Tumblr blog, as well as providing links to your Instagram, Twitter and Facebook accounts. You can also embed YouTube videos on your Tumblr and point people in the direction of your YouTube channel, which should have ad monetization enabled.

If you post content that gets plenty of notes and your blog acquires a large following users will find you elsewhere on the internet and you can monetize on, say, ads on your Facebook business page once they find you there. You can also promote your e-book or other product through Tumblr, so long as you’re subtle about it. You don’t want your followers – or Tumblr’s admin – to think you’re spamming. Tumblr can be a great way to cross-pollinate with other social media and money-making avenues. 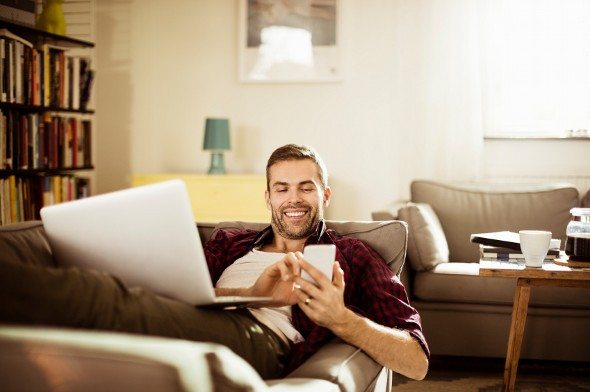 One final way to make money on Tumblr is to get really good at it and then teach others how to use Tumblr to promote their brands. If you’ve got a visual flair and a highly successful Tumblr blog you may be able to sell your Tumblr expertise, either as part of a general social media consultant business, as a creative consultant for brands or with Tumblr-specific advice sold on a site like Fiverr. First, though, you’ll need to establish your presence on Tumblr. In Tumblr’s own words, “If you want people to like you, just play it cool and be yourself.”

Update: Have financial questions beyond making money on Tumblr? SmartAsset can help. So many people reached out to us looking for tax and long-term financial planning help, we started our own matching service to help you find a financial advisor. The SmartAdvisor matching tool can help you find a person to work with to meet your needs. First you’ll answer a series of questions about your situation and goals. Then the program will narrow down your options from thousands of advisors to three fiduciaries who suit your needs. You can then read their profiles to learn more about them, interview them on the phone or in person and choose who to work with in the future. This allows you to find a good fit while the program does much of the hard work for you.