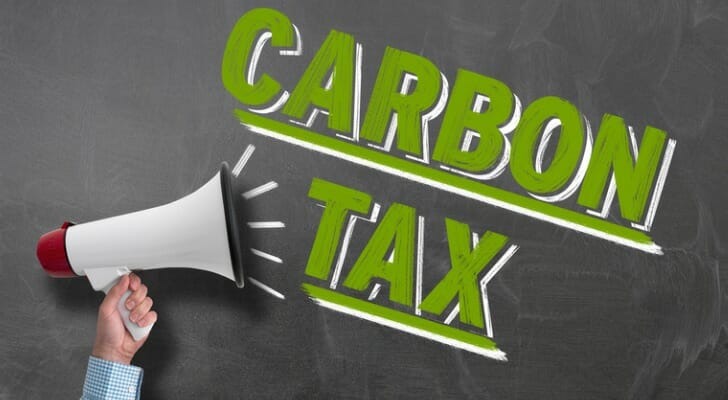 A carbon tax is a tax levied on the emission of carbon dioxide into the atmosphere. Carbon taxes are seen as a way to reduce carbon emissions by encouraging businesses and consumers to switch to less carbon-intensive products and services, and also to encourage investors to pursue ESG strategies. Revenue raised by carbon taxes can be used to reduce other taxes, fund infrastructure improvements, pay for alternative energy research and provide cash dividends to citizens. Many countries, states and cities around the world have implemented carbon taxes and the practice is growing, although so far no nationwide carbon tax has been implemented in the United States.

A financial advisor can help you adjust your investment portfolio to make it greener.

A carbon tax, also called a carbon fee, is an example of carbon pricing. The primary alternative approach to carbon pricing is cap and trade. This method puts a limit on the total quantity of carbon emitted per year. Emissions sources such as coal mines and power plants have to buy emissions permits on a market set up to trade the permits. Companies that emit less than their permitted amounts can sell their excess permits on the market.

The goal of carbon taxes and other carbon pricing techniques is to charge the sources of greenhouse gases for the damage caused by greenhouse effects such as climate change. Emitters get a financial motive to switch to alternative energy sources in order to avoid the cost of paying carbon taxes. Consumers are motivated to switch to products and services that produce less carbon, again because they cost less.

Finland implemented the first carbon tax in 1991, followed a year later by Sweden. Many other countries, including Canada and Mexico, also now have national carbon taxes.

The United States does not have a national carbon tax. No American states have passed statewide carbon taxes either. Some local jurisdictions, such as Boulder, Colorado, have implemented carbon taxes. The bipartisan Market Choice Act currently being considered by the 117th Congress would levy a $35 per ton tax and dedicate the revenue primarily to highways and payments to low-income households.

Where they’ve been tried, carbon taxes have helped to reduce carbon emissions. The taxes are generally seen as an important part of carbon-reduction efforts, along with cap and trade and other approaches. 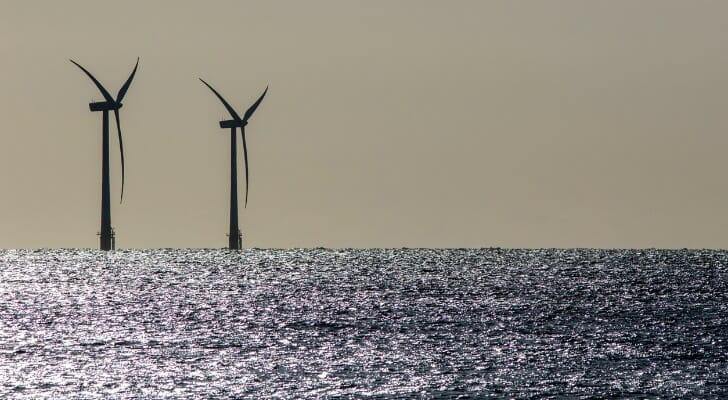 The main question about carbon taxes is the size of the tax. The taxes are usually levied per ton of carbon emitted into the atmosphere. Higher tax rates encourage less carbon emission. Rates charged by carbon taxing entities vary widely. Sweden’s tax, the world’s highest, is $126 per ton. One 2018 study estimated that a tax of $50 per ton would cover the U.S. contribution to social and environmental cost of carbon emissions, including the impact on future generations. This level of tax is about 10 times current federal gasoline taxes. Rates would also be indexed to inflation.

Another key issue is how carbon tax revenue would be used. A U.S. carbon tax is projected to raise about $1 trillion to $2 trillion in the first decade of use, depending on the rate and other variables. Proposals for spending these additional revenue include funding payroll tax cuts, reducing corporate taxes, paying for highways and other infrastructure and paying a cash dividend to every individual taxpayer.

Other issues to consider when implementing a carbon tax include deciding what to exempt. Agricultural and forestry-related emissions are often exempted. Exemptions reduce tax revenue and make administration more complex.

A carbon tax plan also needs to specify where taxes will be levied and who will pay them. For instance, taxes may be levied at key points in the process of carbon emission such as power plants, oil refineries, coal mines and natural gas processing plants.

Carbon taxes have been shown to effectively reduce greenhouse gas emissions. The size of the impact depends mostly on the size of the tax. A U.S. carbon tax of $50 per metric ton, indexed to inflation, would reduce national emissions by about 40% by 2030, according to a projection by the Center for Global Energy Policy at Columbia University.

In addition to reducing carbon emissions, carbon taxes have negative effects, chiefly in the form of higher prices. For example, a $50-per-ton carbon tax would increase U.S. gasoline prices by about 44 cents per gallon, according to the Center for Global Energy Policy.

The impact of tax-related costs would also fall unevenly on industries and consumers. Energy-intensive businesses would bear a heavier burden. And lower-income consumers would experience greater impact than higher-income consumers. That is because lower-income households devote a higher percentage of expenditures to energy-intensive products and services. Carbon tax revenue can be distributed so as to alleviate some of these imbalances. 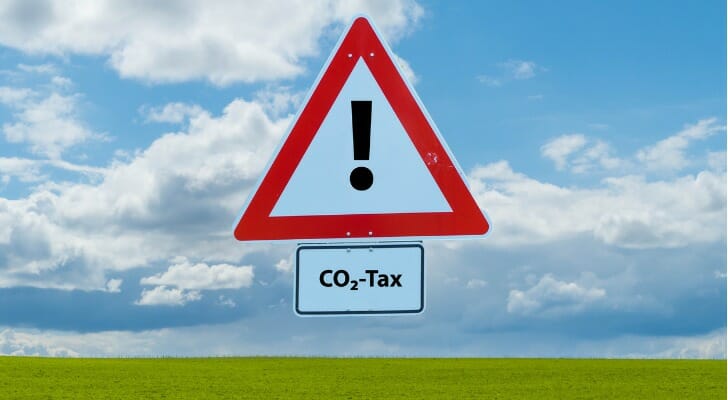 Carbon taxes aim to reduce greenhouse gas emissions by charging carbon emitters for each ton of carbon dioxide discharged into the atmosphere. Many countries and other jurisdictions have put carbon taxes in place, raising significant revenue while also reducing their carbon footprints. So far, the United States has been a carbon tax holdout, but the taxes are seen as a key piece of a carbon-zero policy and proposals to implement a tax are regularly introduced in Congress.