The Best Cities for an Early Retirement 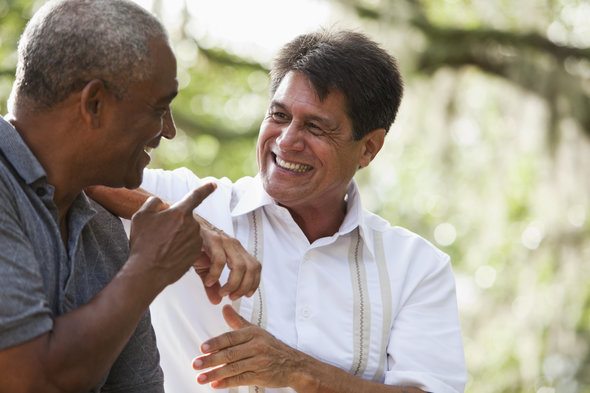 Folks at all income levels dream of the chance to retire with enough money to live comfortably. And retiring early, when you’re young enough to fully enjoy it, is an especially enticing prospect. In order to live that dream, early retirees need to track their money carefully making sure no dollar is wasted. But money isn’t early retirees’ only concern. Access to medical care and general quality of life are also important. We looked at these and other factors to see which were the best cities for an early retirement.

Are you saving enough for retirement? Find out with our retirement calculator.

In order to find the best cities for an early retirement, we looked at 10 metrics. We considered the number of medical facilities per resident, the unemployment rate, the violent and property crime rates, the average effective income, property and sales tax rates, the annual healthcare cost, the cost of living and the percent of income spent on housing. Read the data and methodology section below for more information on where we got our data and how we put it together. 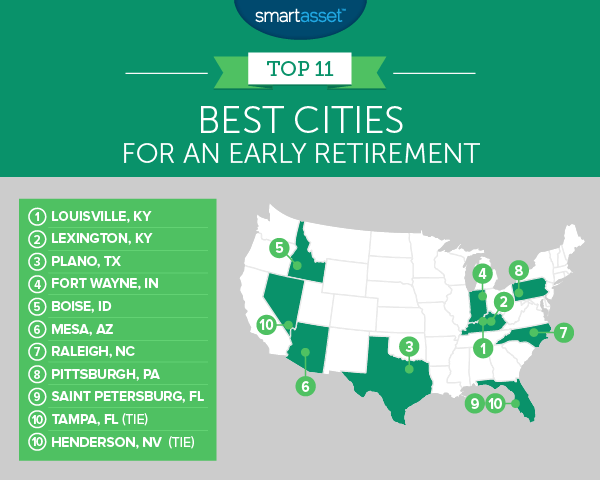 The Gateway to the South is also an excellent option for people looking for a city where they can retire early. Louisville has low housing costs, annual healthcare costs of less than $6,000 on average and an average effective income tax rate of only 12%. Plus the sales tax is a relatively low 6%. While living cheaply is certainly a perk, Louisville does come with a few drawbacks that retirees will want to know about. For one, it’s ranked 48th in our study for number of medical facilities per resident.

Related Article: The Best States for an Early Retirement

Lexington, the second-largest city in Kentucky, lies about 80 miles east of Louisville. These two Kentucky cities have much in common, like low costs of living and affordable healthcare. Where Lexington differs from Louisville is in its income tax rate. Lexington’s almost 17% average effective income tax rate is higher than Louisville’s. Lexington ranks 51st in that metric.

Thinking about retiring early? Keep Plano in mind. Plano is one of the better cities for staying on top of your healthcare needs. It has the 13th-most medical facilities per 1,000 residents in our study. Plano also has some of the lowest property and violent crime rates, as well as a low housing cost burden. In all three metrics, Plano ranks in the top 10.

Fort Wayne is the least housing-cost-burdened city in the study, according to our data. Median housing costs in Fort Wayne would only eat up 33% of an individual’s monthly income, meaning plenty left over for things like healthcare. Fort Wayne is a top 10 city for average health insurance cost as well. The cost of a silver plan for a 60-year old in Fort Wayne is only $6,576 per year on average.

The City of Trees comes in fifth for best cities for retirees. While Boise has one of the highest average effective income tax rates in the study (almost 21%), it also has a very low average effective property tax rate (0.84%), a relatively low sales tax (6%) and a low housing cost burden. In all three of those factors, Boise ranks in the top 20. After taking in its low crime rates, it’s easy to see why Boise would be a great city for people looking to retire early.

This city, located 20 miles outside of Phoenix, is already one of the most popular places for retirees. And it looks like those people did their research before deciding where to retire. Retirees heading to Mesa are probably attracted to the fifth-most medical facilities per resident, the sixth-lowest average effective property taxes and the 18th-lowest average effective income tax rate. Those are all things that are foremost in a retiree’s mind when deciding where to live. Mesa has some other enticing qualities as well. It ranks in the top 20 for both safety metrics.

Raleigh offers a balanced package to prospective early retirees. No single statistic jumps out, however for the early retiree with a broad range of concerns Raleigh may be the best option. Raleigh ranks in the top 30 in eight of our factors, including cost of living, housing cost burden and sales tax. One concern may be that health insurance can get expensive. It’s over $12,000 on average for a 60-year-old buying a silver plan in Raleigh.

Pittsburgh is one of the best cities in our study for the health-minded early retiree. It ranks sixth for average healthcare expense. A 60-year old buying a silver plan can expect to spend only $6,000 per year on health insurance. And for accessibility, Pittsburgh is tough to beat: it has the eighth-most medical facilities per resident.

Saint Petersburg is a pretty affordable place to live, with the cost of living sitting at 91. That means living here will cost about 9% less than the average American city. Saint Petersburg also has the ninth-most medical facilities per resident in our study, so medical access will be relatively convenient here. Keep in mind however that for one important cost metric, healthcare cost, Saint Petersburg is a little more expensive than other cities. Annual cost of health insurance here is about $8,300 per year on average.

Tampa, the second Florida city to make our list, is tied for the 10th spot. Tampa is a pretty affordable place to live which may make it an attractive option for early retirees. It also ranks well for number of medical facilities per resident. There are 10 medical facilities per 1,000 residents. However Tampa has its drawbacks. The city has a high unemployment rate (10.6%) and is middle of the pack in terms of crime.

Tied with Tampa for 10th place, Henderson is about 16 miles northeast of Vegas. If you are the gambling type with some money to spare, this may be your dream retirement city. Henderson is safe: it’s ranked fifth and sixth for lowest violent and property crime rates, respectively. It also has good medical care access. Henderson ranks seventh for medical facilities per 1,000 residents. It is not one of the more affordable cities on our list however. It has the highest cost of living and the second-highest sales tax rate in the top 11.

Check out our social security calculator. 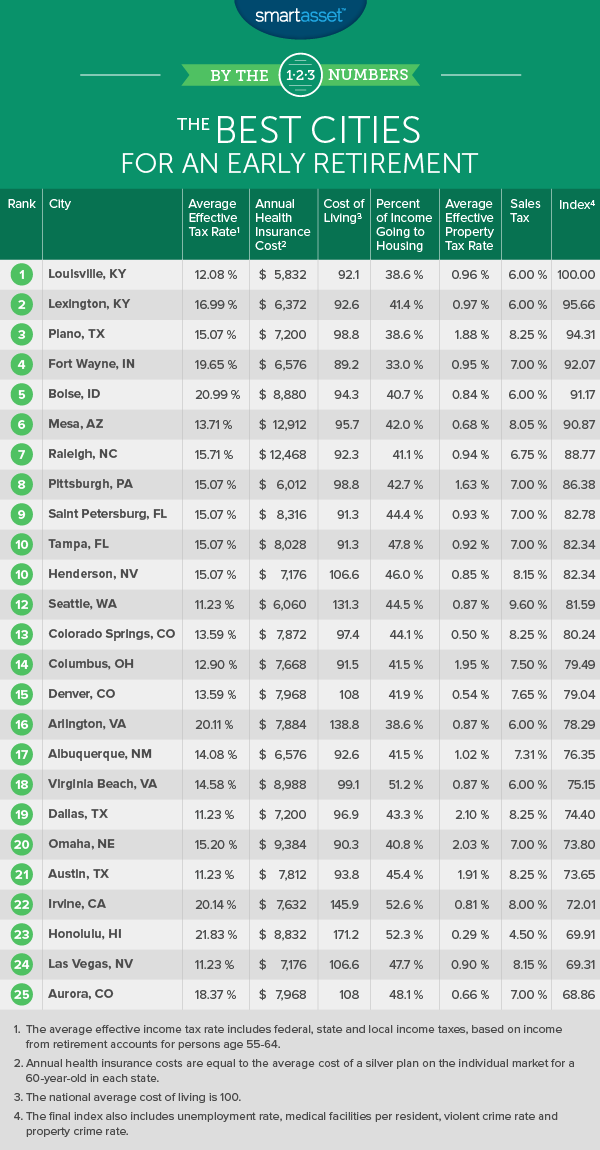 In order to find the best cities for an early retirement, we looked at data on 80 of the largest cities in the U.S. We ranked each city by the following 10 metrics: