Retired? Here’s Why Stocks, Not Bonds, Should Still Power Your Portfolio 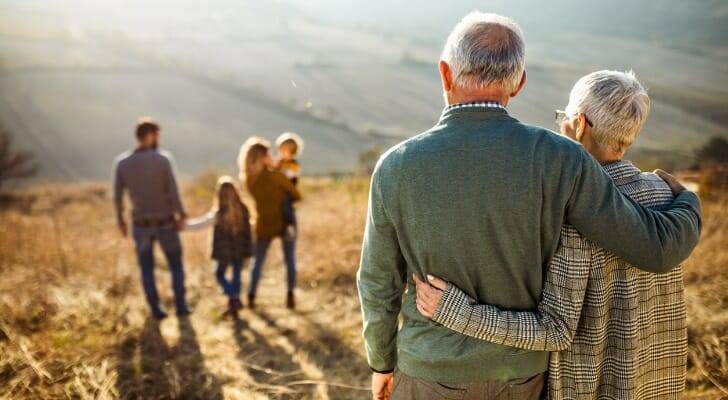 If you’re already retired, it may be time to rethink the role that stocks and bonds play in your portfolio. While conventional wisdom suggests that investors should shift more assets to bonds as they approach retirement, at least one expert says investing heavily in equities is the best asset allocation for retirement.

John Rekenthaler, vice president of research at Morningstar, examined market data from the last 80-plus years and determined that portfolios heavily weighted in equities allow retirees to safely withdraw more money each year than those with large bond allocations. Stock-heavy portfolios, meanwhile, led to more capital appreciation than moderate and conservative portfolios reliant on bonds.

“History’s lesson is straightforward: the more stocks, the merrier. Investing entirely in equities consistently generated either the highest safe spending rate for a given 30-year period, or a rate that wasn’t far off the mark,” Rekenthaler wrote in a recent column. “What’s more, all-equity portfolios were much likelier to deliver a happy surprise than to disappoint.”

Need advice for how to best allocate your assets? A financial advisor can help. Find an advisor today.

Why Conventional Wisdom Points to Bonds 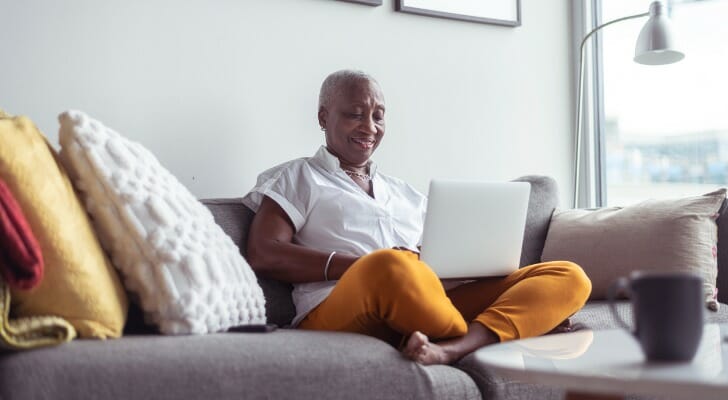 For example, the 60/40 rule suggests a retiree’s portfolio should be 60% equities and 40% fixed-income securities. According to the rule of 110, another popular asset allocation guideline, a person’s equity exposure can be calculated by subtracting their age from 110. The resulting figure dictates how much of a portfolio is invested in stocks versus bonds. For instance, a 65-year-old following the rule of 110 would invest 45% of their portfolio in equities and keep the remaining 55% in bonds.

Because preserving spending power is often more important for retirees than actively growing their portfolios, bonds tend to play a significant role in many retirement strategies. Stocks, on the other hand, can carry more risk and be less attractive to retirees.

Why Stocks Are Preferred 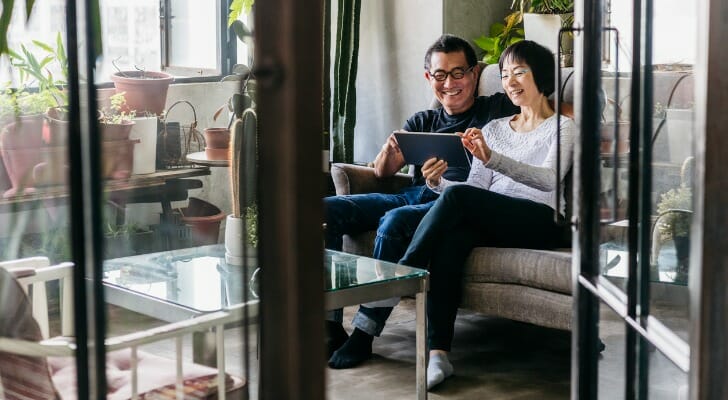 Rekenthaler eschews the conventional wisdom and argues that equity-dominated portfolios are better options than conservative portfolios heavily weighted in bonds.

Using historical data, Rekenthaler calculated the safe withdrawal rates of three different asset allocations – a conservative portfolio, a moderate portfolio and an aggressive portfolio – across 30-year rolling periods between 1930 and 2019.

While the conservative option comprised 90% bonds and 10% cash, the aggressive portfolio was invested entirely in stocks. The moderate portfolio, meanwhile, held 50% stocks, 40% bonds, and 10% cash.

In other words, despite containing more risk associated with equities, the aggressive and moderate portfolios would have given retirees more safe spending power during the 30-year periods examined.

Additionally, Rekenthaler found the equity-weighted portfolio would have resulted in leftover assets after 30 years of withdrawals in each time period. On the other hand, retirees using the most conservative allocation would have run out of money during three different 30-year periods in the 20th century, according to the simulations.

Retirement doesn’t mean investors should rid themselves of stocks, according to Morningstar’s John Rekenthaler. Portfolios that contain equities can support higher safe withdrawal rates than those dominated by bonds, and result in significant surpluses even after 30 years of retirement spending. While past results don’t guarantee future performance, equities should play an even larger role in the investment portfolios of retirees.

“Should the future resemble the past, the lesson will remain valid. Retirees should invest heavily in equities, most likely more than they currently do,” he wrote. “But the advice rests upon that initial assumption.”