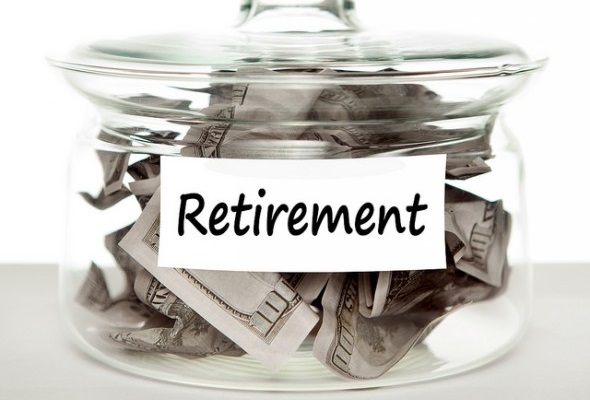 What may be good for the economy may not have been good for retirees. When the markets crashed and the economy tanked the Federal Reserve lowered interest rates. Then they lowered them some more and then lowered them still further until they shattered previous records settled just above zero. The Fed’s goal was to stimulate the economy by promoting borrowing and in turn inspiring investment.

Judgments aside, with regard to the effectiveness of the policy spurring the economy or at the least stemming the downturn it did have a very palpable affect on retirees who count on earned interest as a source of income. As yields declined many seniors watched helplessly as their incomes followed suit.

As news reports over the last month have trickled out word that Reserve Chairman Ben Bernanke was considering easing monetary policy at some undetermined future date investors abandoned the bond market causing a dramatic drop in bond prices. This occurred because bond prices are inversely tied to interest rates and the prospect of higher interest rates means lower bond rates.

The Center for Retirement Research at Boston College recently issued a brief on The Impact of Interest Rates on the National Retirement Risk Index (NRRI) of which the upshot is increases in interest rates have only a modest effect on retirement preparedness. In reality the small increase in interest rates has done little more than foster concern about rising mortgage rates and virtually nothing to please retirees.

The Employee Benefit Research Institute (EBRI) also issued a report in which they offer their views on the effect of what a low yield rate environment means for retirement income and came to a conclusion similar to the NRRI study. They did hedge their position a bit by saying that the impact is “Muted somewhat when included as part of the entire retirement portfolio” which includes social security, defined benefits and housing equity.

EBRI’s slightly more slightly more nuanced position leaves some room in its interpretation when it comes to retirees who rely heavily on interest from CDs and other interest bearing instruments for supplemental retirement income.

Both reports however express deeper concerns when it comes to those who are not yet retired. The BostonCollege group is concerned that more than half of all workers are at risk of not having adequate retirement resources even if interest rates return to historically normal levels. The report spells out its concern by saying “regardless of the interest rate, today’s workers face a major retirement income challenge.”

Look Before You Leap

A great deal of time and energy is spent reassuring people at all stages of pre-retirement not to panic because of a drop in stock prices or a decline in the bond market bringing your 401(k) value down. The advice says that even if you are close to retirement the worst thing you could do is bail out because loses do not become real (actualized) until you sell. So be patient and markets will rebound as they always do.

That sound advice however is seldom offered to those already retired due to the perception that time is no longer an asset they can count on. But it should be. Current retirees have plenty of time in front of them according to an article in the Harvard Gazette which is based on research from the HarvardMedicalSchool that says the longer you live the longer you can expect to live!

Consider the fact that a baby born today will have a life expectancy of about 78 years and someone who turned 70 today can expect to celebrate his or her 84th birthday and an 85 year old can expect to be around until they’re almost 92. The point is that too often seniors feel they have to act on every ripple in financial markets immediately because they don’t have time to wait and the fact is they have more time than they realize.

Retirees, like everyone else should pay regular attention to their investments and make decisions that are based on sound principals. Principals which are based on historic precedent, long term trends and not on the news of the day. Will rising interest rates put downward pressure on bonds and bond funds, yes, that’s the nature of the beast.

Will interest rates have an effect on annuity payouts, in virtually all cases no. Social security will remain unaffected by rising interest rates and since most retirees no longer have the need for new mortgages the impact there is minimal as well. Stocks and index funds will, if the last 75 years are any indication will continue to provide a generous return on investment.

Frank Addessi Born and raised in the center of the known universe, Brooklyn NY, and currently hiding out in the bucolic hills of northeast Pennsylvania writing about personal finance. His expertise includes personal loans, credit cards and retirement. It's not easy living the American Dream but someone has to do it!
Related Posts
Read next article