What Is Your Coast FIRE for Retirement? 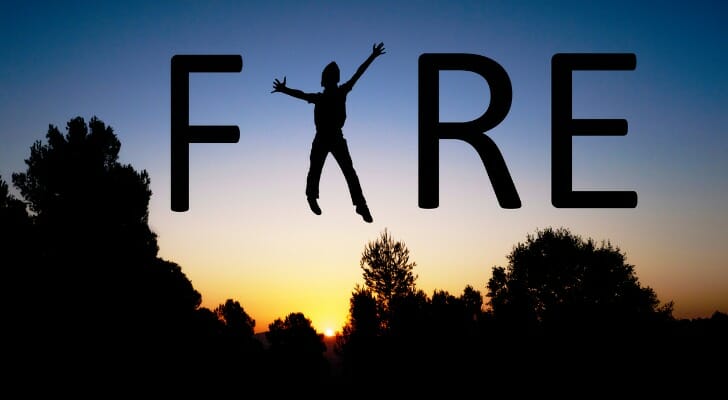 Adherents of the Financial Independence/Retire Early (FIRE) movement aim to reach a point where they don’t need ongoing income to retire and to get to that point before reaching age 65. Not surprisingly it requires rigorous savings and a frugal mentality. However, there’s a sub-genre of this movement known as Coast FIRE. It promises financial independence in retirement for the average person but without saying goodbye to your career. Work with a financial advisor to construct a retirement plan that fits your goals, lifestyle and timeline.

There are different forms of the FIRE movement adjacent to the regular version. One of them is Coast FIRE. This version calls for having enough invested or saved so that without further contributions your portfolio will grow to fully support retiring at the traditional retirement age. Your nest egg, in other words, has reached a tipping point so that it will “coast” to the target amount needed for retirement. People who have successfully achieved their Coast FIRE still need to work, but they only work to cover current living expenses – not to build up their savings or investments for future retirement.

Coast FIRE is not something to begin right before retirement. That’s because with this approach you need a so-called runway, enough years so that through both compounding interest and capital appreciation your nest egg will reach the critical mass needed to support you once you stop earning money. 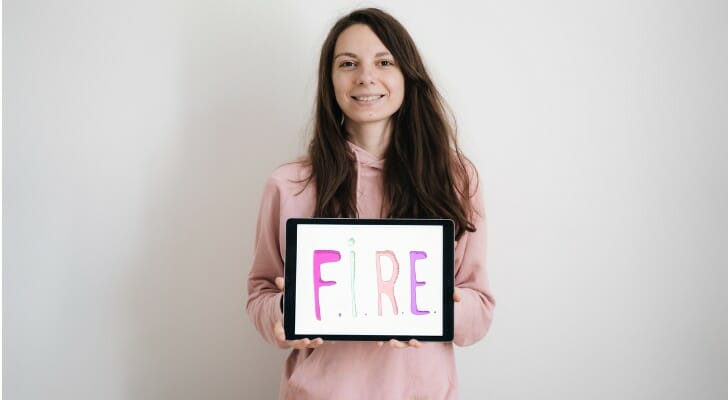 Generally speaking, with traditional FIRE people are aiming to save at least 50% of their paychecks. Where they invest their money is up to the saver. Typically, though, passively managed index funds and exchange-traded funds are favored over actively managed investments. The idea, after all, is to free your days so you can do what you love – not so you can manage your portfolio (unless that is what you love).

That’s a contrast to Coast FIRE, which aims to get an adherent’s nest egg to the size that it can grow to the point that it generates enough interest to support retirement while working. Once that nest egg reaches critical mass, Coast FIRE requires zero savings and zero contributions.

How Much to Save for Coast FIRE

You’ll need to calculate your own amount for how much you need to save to hit your Coast FIRE goals. There is no single amount that will work for everyone. Your total amount will depend on the factors in the calculation below and also include your age, lifestyle and your individual needs in retirement. Many people consider a rough estimate to be 25 times what your annual expenses are. This is derived from the 4% rule.

While the general idea of Coast FIRE is straightforward, the specific formula someone follows to implement it depends on several estimates. Before diving into the calculation, let’s take a look at the most important parts of it that you’ll need to know beforehand.

A Coast FIRE formula for determining how large one’s nest egg must grow would begin with a regular FIRE number (estimated in the example below at 25 times annual spending of $50,000). In the formula below, note that “Years to grow” is an exponent.

Suppose someone estimates they need 30 years to reach their Coast FIRE number and an average annual growth rate over those 30 years of 7%. The calculation would then be: 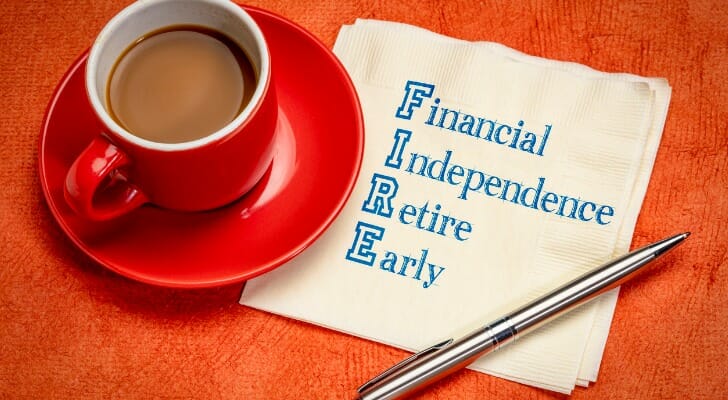 The term “Coast FIRE” could be somewhat misleading in that it doesn’t typically entail a “Retire Early” scenario. It entails building up a nest egg that will cover all retirement expenses, and once that nest egg is built up only working enough to cover current pre-retirement expenses. It’s less rigorous than the requirements of the regular FIRE movement.

Generally, Coast FIRE is a financial point anyone should work towards and even want to surpass. Moreover, it recommends practices that anyone can take into their financial strategy, such as early savings.