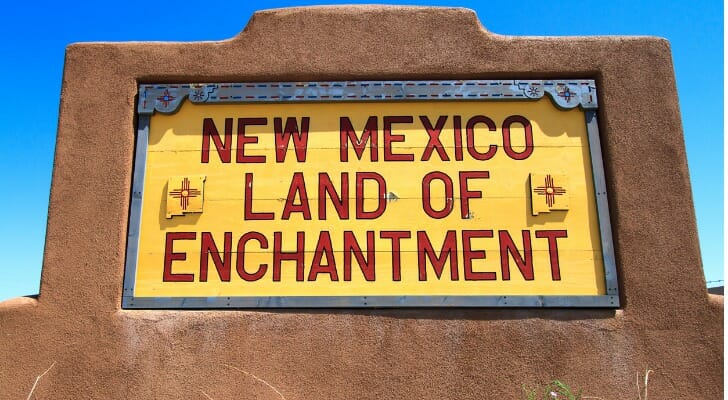 If you want to spend your retirement someplace warm and with a unique culture, you can’t go wrong with New Mexico. The Land of Enchantment has a lot of great places where you can spend your golden years, but some do shine brighter than the rest. This list identifies the 10 best places to retire in New Mexico, along with explanations for why each specifically made the list. If you want help getting ready for your New Mexico retirement, consider discussing your plans with a financial advisor.

How We Determined the Best Places to Retire in New Mexico

A number of factors went into the creation of this list of the best places to retire in New Mexico. Finances reign supreme, as the most difficult challenge for retirees is making sure their savings lasts. For this reason, we considered the overall tax burden in each city. Medical care is also crucial, so we looked at the number of medical centers per 1,000 residents.

Each of these metrics came together to create the list below of the best places to retire in New Mexico:

This desert town in northern New Mexico is an outdoor lover’s dream. Taos is surrounded by mountains and is close to the Rio Grande Gorge, so outdoor activities like hiking, fishing and even hot air ballooning are all popular.

Placitas, located just north of Albuquerque, has the lowest tax rate on this list at just 16.10%, so those looking for a city where they won’t have to give too much to Uncle Sam can look here.

The town doesn’t boast as good of placement in other categories, though. It has no recreation centers, placing it last on this list in that metric, and just 1.25 medical centers per 1,000 residents, putting it second-to-last. It does top this list in terms of senior population: 31.50% of its population is seniors. The town is close to cultural and entertainment options in Albuquerque, and animal lovers will flock to the famous Placitas wild horses.

Silver City has a reputation as a center for music and arts, and there is a significant arts scene in the downtown. Compound that with the cultural options offered by Western New Mexico University and you’ve got a good option for seniors looking to remain cultured. 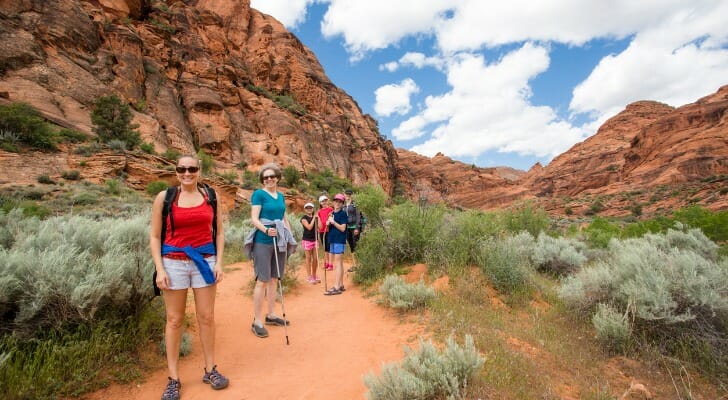 The state’s capital, Santa Fe is a popular tourist destination, so you’ll have no problem getting your friends and family to visit you if that’s a concern about moving to New Mexico. It’s tied for the third-highest tax burden on our list, though, with a tax rate of 17.60%.

Santa Fe has 1.84 medical centers per 1,000 residents, putting it in fourth in that metric, and 1.53 recreation centers per 1,000 residents, placing it in third. The city is also a popular arts and cultural center. It has many museums, including a museum devoted to Georgia O’Keefe, which also happened to serve as a minor plot point in the popular New Mexico-based television show Breaking Bad.

Located within the Sierra Blanca mountains, and near the Mescalero Reservation, an American Indian reservation, Ruidoso is a good option for those who want to be close to the natural beauty of the American West. It has the highest tax burden on this list at 18.00%, however.

Ruidoso has 1.90 medical centers per 1,000 residents, placing it in fifth on this list for that metric. The town also has the second-highest percentage of seniors, with seniors accounting for 27.50% of the total population. Ruidoso is home to Ruidoso Downs Race Track, a popular horse-racing arena.

History buffs should give Los Alamos a serious look. It’s the home of the nuclear weapon, so every day you’ll be near a place that seriously changed the world. Beyond that, Los Alamos has the second-highest rate of medical centers on this list with 2.96 per 1,000 residents. It has the third-lowest percentage of seniors on this list at 16.30%, so retirees looking for a city with a wide range of ages would do well here.

The Los Alamos National Laboratory is still operating and includes the Bradbury Science Museum. Skiing is popular among residents in Los Alamos, if that’s your thing.

Aztec is in northern New Mexico, not far from the Colorado state line. The town leads this list with 0.31 retirement communities per 1,000 residents — still a fairly modest number, but better than other towns in the state. It also has a 17.60% tax burden, tying it for third-highest tax rate on this list.

Aztec has 1.38 medical centers per 1,000 residents, placing it right in the middle of this list in that metric. Aztec is a town rich in history. The Aztec Ruins National Monument is within city limits, and several other archeological points of interest are located nearby.

This town may be near the big city of Albuquerque, but it still prides itself on being a rural area. Corrales has the lowest percentage of seniors on this list, with just 14.40% of the population made up of older people. It has a tax burden of 17.20%, placing it in the bottom half of this list in that metric.

Corrales also has 1.30 medical centers per 1,000 residents, putting it seventh on this list. While the hustle and bustle of Albuquerque is close by, Corrales has plenty to offer as well, including proximity to the Rio Grande Bosque, which is home to many native plants and animals. 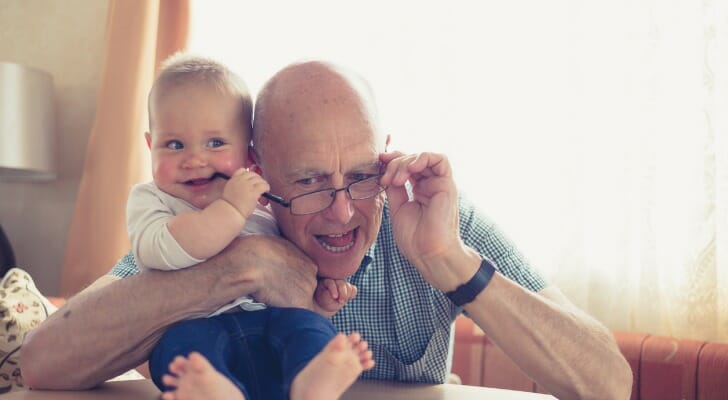 Los Lunas is located south of Albuquerque, right along the Rio Grande. It has the second-lowest tax burden on this list at 16.60% and the fifth-most medical centers at 1.51 per 1,000 residents. It ranks in seventh when it comes to recreation centers though, with 0.52 per 1,000 residents. The percentage of the population made up of seniors is the lowest on this list at 14.40%.

This southern New Mexico town is just about an hour north of the Mexican border. It has a tax burden of 17.10%,which is about middle of the road compared to other cities on this list. Deming has 1.23 medical centers and 0.27 recreation centers per 1,000 residents, both numbers that are at or near the bottom of this list. The Deming Luna Mimbres Museum is a popular local attraction that features a significant collection of Mimbres Indian-painted pottery.

Retiring in a new state like New Mexico, or really any state for that matter, requires plenty of planning. During a move like this, your tax situation, residence, doctors and more will all change at once. In other words, you’ll want your finances to be the least of your worries. Otherwise, you might find your enjoyable move to a new place much more stressful than it should be. If you’d prefer some professional guidance during this time, a financial advisor can help.