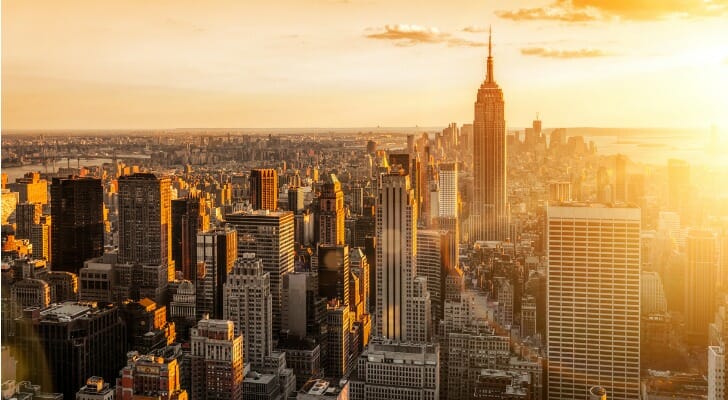 If you’re seriously thinking about New York City as a place to live, you’ll want to be sure that you can do so within your means. A wide range of salaries exists in the Big Apple, so it’s important to know what to expect. Many factors will eventually determine your ability to balance your expenses with your paycheck. Just like any city you choose to live in, budgeting and having a financial plan are of crucial importance. You can even speak with a financial advisor, who can help you with your long-term financial plan.

What Is the Average Salary in New York City?

According to the U.S. Census Bureau’s 2020 American Community Survey 5-Year Estimates, the average individual income in New York City is $107,000. Household income in the U.S. Census data takes into account the income of everyone who lives inside a single housing unit. This includes anyone from individuals, groups of roommates and families. Note that this figure represents the gross amount, before taxes and other deductions.

Per capita income, on the other hand, is income averaged for everyone 16 or older living in the city. This makes it reliably much lower than all other figures because it includes non-earners as well. For New York City, this number is $41,625.

How Does the Average Salary in NYC Compare? 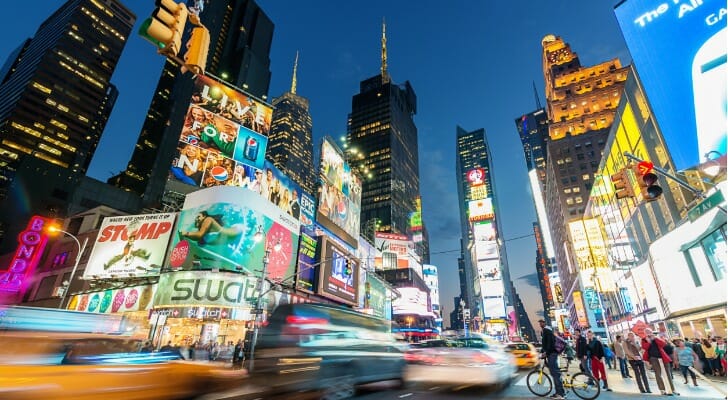 Unfortunately, the cost of living in New York City is higher than the national average. The price of most expenses, from rent and transportation to food and entertainment, is relatively high. If you want to live in the Big Apple, you’ll need to be smart about your savings.

What to Know About Salaries in New York City

For what it’s worth, people do make it in New York, and it doesn’t always require spending a fortune. Still, housing in Manhattan certainly isn’t cheap. New York City ranks among the priciest large U.S. cities for income required to pay rent.

On the plus side, salaries in New York City appear to be narrowing the gender wage gap, based on figures from a Census Bureau report citing information collected in the 2018 and earlier Current Population Survey Annual Social and Economic Supplements. In the Big Apple, men’s median earnings are $51,791. Median earnings for women are $49,355. This is a gender wage gap of roughly $0.05 on the dollar, which is far better than the national ratio of roughly $0.80 on the dollar. In 2017, the real median earnings of American men working full-time and year-round was $52,146. For American women, that number was $41,977. 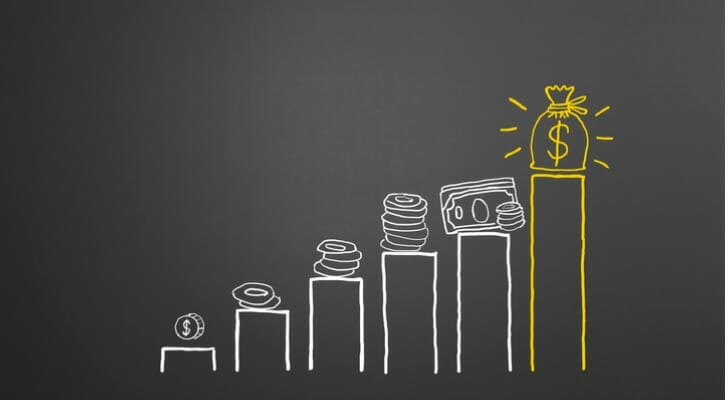 Many cities show a clear relationship between their income numbers and cost of living requirements. New York City is no different. However, these factors come into play at much higher stakes in the Big Apple, as rent costs and income levels come in well above most other cities in the U.S., even major ones. In turn, it’s paramount that New York City residents adequately plan out their finances. More specifically, build a budget for you and your family, making sure to account for things like savings and retirement as well.

Tips for Planning for Your Financial Future