What Is the Cost of Living in Virginia? 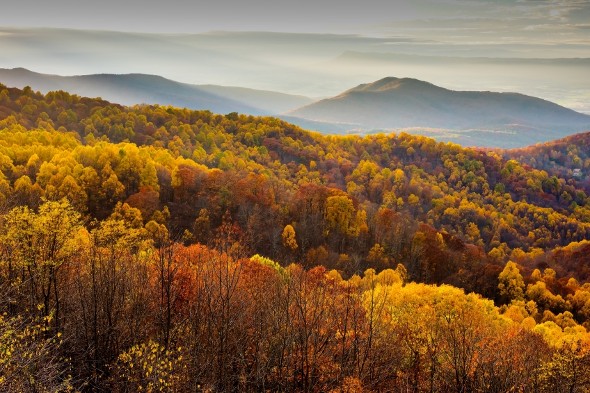 Virginia is for lovers, as the saying goes. Whether you’re a history buff or a nature enthusiast, you should find lots to love in Virginia. The standard of living in Virginia is high, with a cost of living to match; however, taxes are fairly low here. If you’re moving to the state and have questions about the impact on your financial plan, you may want to speak with a financial advisor.

Thinking of making a down payment on a house in Virginia? You should know that Virginia is home to some pricey counties and cities. According to NeighborhoodScout, the median home value in Falls Church is $832,639. Another expensive city is Alexandria, where homes have a median value of $574,916.

In Richmond, though, these values shrink drastically to just $231,807. Things get a little cheaper in Norfolk, where the median home value is $213,599. For reference, the statewide median resides at $278,038.

Virginia rent prices match the expensive home values. So if you’re still deciding whether to rent or buy, you may not be able to save up for a down payment by renting, given the high rents in the state.

According to a 2019 report from Apartment List, the median rent in Virginia is higher for every type of apartment. Studios price out at $172 above the national median, while two bedroom apartments are $68 pricier.

In Virginia Beach, one of the state’s largest cities, less than 40% of residents are renters, according to NeighborhoodScout. Even still, Apartment List’s median rent for a studio in the city is $1,065, while the two bedroom median is $1,289. That’s good for $234 and $109, respectively, more expensive than the U.S. median. 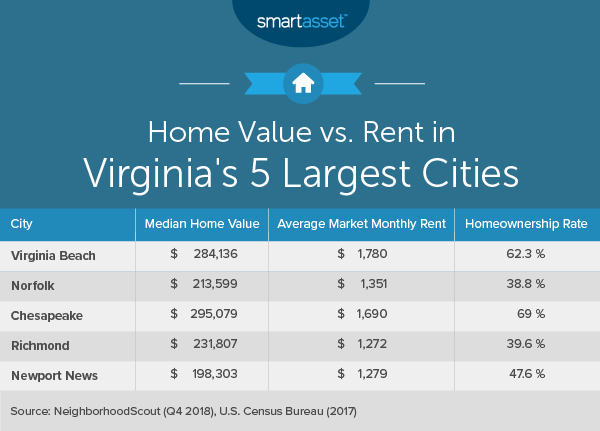 The Missouri Economic Research and Information Center’s 2018 cost of living study included the price of groceries in its review. Virginia came extremely close to the U.S. index of 100, as it sits at 100.3. Mississippi (91.4) came in as the lowest, while Hawaii (124.2) was the priciest state.

What about food prices in Virginia’s capital? According to Numbeo.com data from May 2019, the recommended minimum monthly spend on food per person in Richmond is $309.87. That’s nearly $15 below the U.S. recommended minimum ($324.10). If you’re planning to eat out or buy non-staple foods in Richmond, however, you should expect to spend more than that.

Is public transportation more your speed? An unlimited-ride 30-day pass from the Greater Richmond Transit Company will cost you $60. The senior/disabled/medicare/minor rate is $35.

If you live in northern Virginia and need to take the Metrobus to connect with the D.C. Metro, you can buy a 7-day regional bus pass for $17.50.

In general, healthcare in Virginia will run you more than the rest of the country. For Richmond residents, this trend is especially prevalent. In fact, a Health Care Cost Institute study from 2016 has the median healthcare price in the city 14% above the national median. Virginia Beach and Roanoke are different, as they come in at 8% above and 2% below the national median.

A 2017 report from the Agency for Healthcare Research and Quality echoes this same sentiment. The numbers show that the average individual employee contribution for single coverage healthcare at private companies in the U.S. is $1,415. Virginia residents pay a lot more, as the average in Old Dominion is $1,625 – $210 more than the aforementioned national average.

Virginia has a progressive income tax system. Rates range from 2% to a top rate of 5.75%. That top marginal tax rate applies to anyone with taxable income above $17,000. It’s the 24th-highest state income tax rate in the nation.

What about property taxes on those valuable Virginia homes? Property tax rates in Virginia are below the national average. Rates vary by county, and in some cases, by city, to the tune of anywhere from 0.42% to 1.37%.

Virginia is a retirement tax-friendly state. Social Security benefits are not subject to Virginia’s income tax. Sales tax rates in Virginia range from 5.3% to 7%, depending on the county. 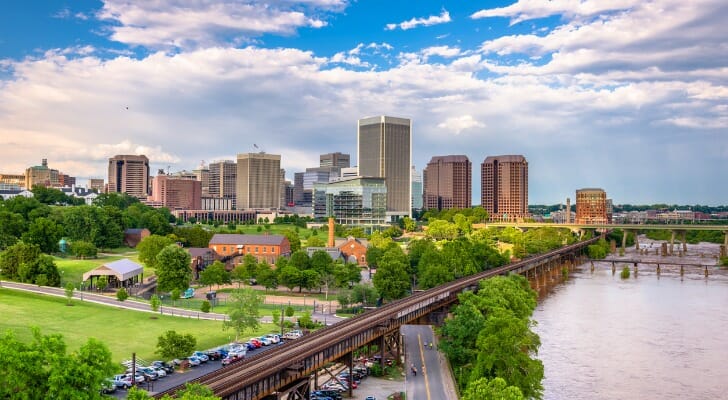 Virginia is filled with attractions that make great day trips or weekend excursions for residents and tourists alike. For example, admission to Mount Vernon or the Jamestown Settlement will cost you just $20. If Busch Gardens Williamsburg sounds like your cup of tea, a ticket will cost you a hefty $87.

Tips for Your Long-Term Financial Plans