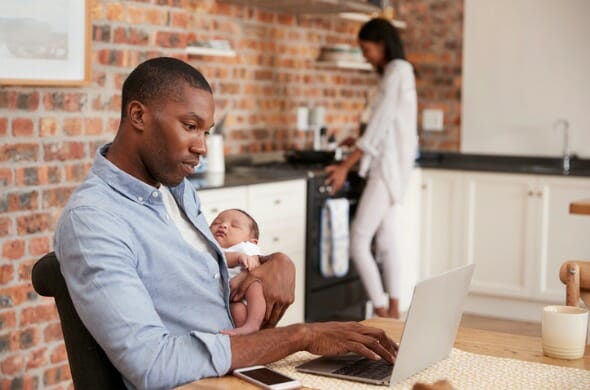 The Bureau of Labor Statistics reports that in 61% of two-parent households, both parents work outside the home. But not all cities are equally suited for this family structure. In some cities, mortgage costs overwhelm earnings. In other cities, childcare costs are so high it makes getting by on even two incomes difficult. Below we look at these and other factors to rank the best cities for working parents. 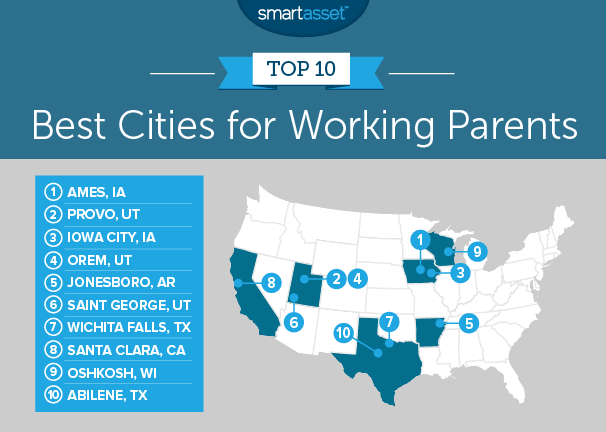 Once again Ames ranks as a fantastic place for working parents. Last year, Ames had the second-highest score while this year it has the highest.

This city’s most impressive scores came in the work categories. Ames has the lowest unemployment rate in the study and only 44% of workers work more than 49 weeks per year. That means most parents will have stable employment but also some extra time to take vacations with their children.

Last year’s fifth-best city for working parents finishes as the runner-up this year. Provo, Utah like Ames also has a low unemployment rate. According to Bureau of Labor Statistics data, only 2.6% of workers here are unemployed.

Provo is also a safe place to raise a family. According to our data, Provo is the third-safest city in our top 10 and is safer than 85% of cities in our study. In addition to those great scores, Provo is also an affordable place. According to our data, the average family would spend only 21.5% of their income on housing costs, including property taxes and homeowners insurance, if they bought the median home.

Iowa City shares many traits with Ames. This city has an unemployment rate of only 2.1% (fifth-lowest in our study) and a large share of workers take time off. Two metrics where Ames also scored well. Iowa City even beats Ames in local school quality. According to our data, Iowa City high schools have a graduation rate of 92.4% beating Ames’ graduation rate of 91.9%.

Once again Orem, Utah ranks in the top 5 cities for working parents. Orem is a great city for parents who put extra value on low commute times and low crime rates. The mean commute time in Orem is only 18 minutes, a score which beats 85% of other cities. The city also has a top 20 crime rate.

Where Orem falls behind a few other cities is in housing costs. According to our data, the annual cost of housing in Orem exceeds $11,800, giving it the second-highest housing costs in our top 10.

One cost which has been rising recently is childcare costs. According to BLS data from June of 2006 to July of 2016, the cost of childcare and nursery school increased by 39%. This means finding affordable childcare is more important than ever.

Jonesboro, according to our data, has the 17th-lowest average childcare costs, at $5,700 per year. Combine that low cost of childcare with average annual housing costs of only $8,600 per year and you see that Jonesboro is one of the most affordable cities in our study.

Working parents who spend a lot of time commuting typically get to spend less time with their children. For workers and families in St. George, commute times are nearly nonexistent. The average commute in St. George is under 15 minutes. High schools in this city also have a graduation rate which tops 80% of cities in our study.

Wichita Falls takes the seventh spot. Parents working in this city should spend be able to spend less time on the road getting to work and more time at home with their children. According to our data, the average commute time here is under 15 minutes.

Another reason working parents will love Wichita Falls is the local school system. Department of Education data shows that almost 94% of students in the area graduate from high school.

Santa Clara, California takes eighth. This city is a great place to be if you want to earn a big income, thanks to its proximity to Silicon Valley. The median household here earns over $110,000 per year. However, counteracting those high incomes are high housing costs. The average home here costs over $27,500 per year making it one of the most expensive cities to live in our study.

On the plus side, by living in California, residents in Santa Clara have access to some of the most family friendly state policies in the country.

With the costs of college and housing rising it can be difficult for parents to save for both retirement and children’s college funds at the same time. Oshkosh ranks well in our study because, according to our data, it is one of the best places in our study to save money. We estimate that the average household here could afford the average home while spending less than 20% of their income.

Oshkosh is also a safe environment to raise a family. Data from the FBI shows that Oshkosh is the fifth-safest city in our top 10.

It can be difficult for parents to find affordable housing near great schools. Working parents in Abilene should not have to worry about that trade-off too much. Our data shows that annual housing costs run under $9,500 per year. At the same time the schools in the area do a great job educating their students. Abilene has a high school graduation rate of over 90%.

One area of concern for families in Abilene are the state family leave laws. Texas ranks below average in that metric. 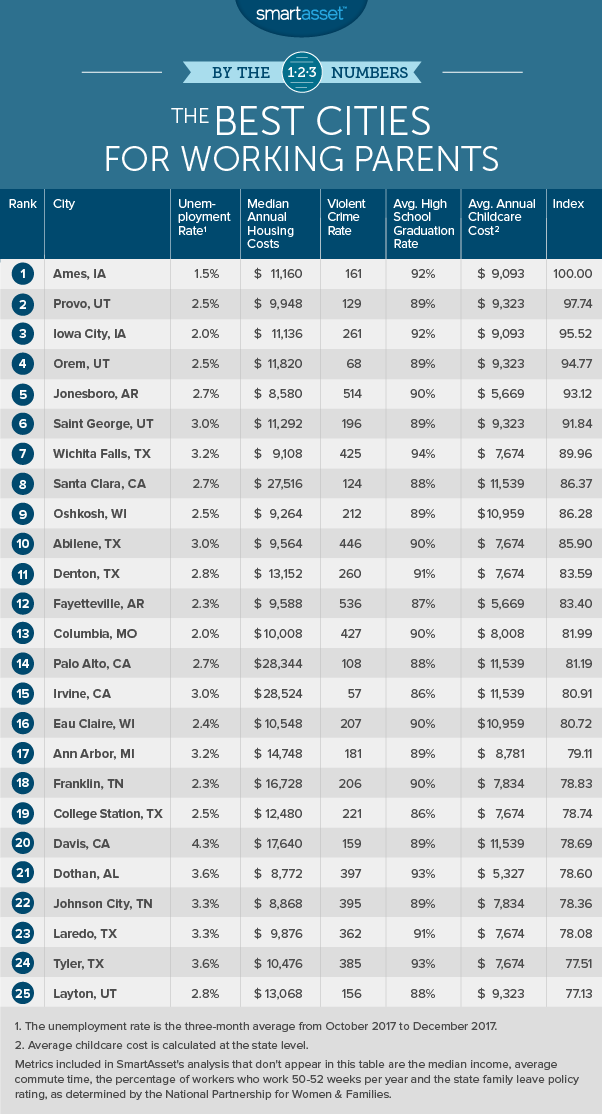 In order to rank the best cities for working parents, SmartAsset looked at data for 535 cities. Specifically we compared them across the following nine metrics:

Tips for Affording a Family Home