The True Cost of Living in Houston 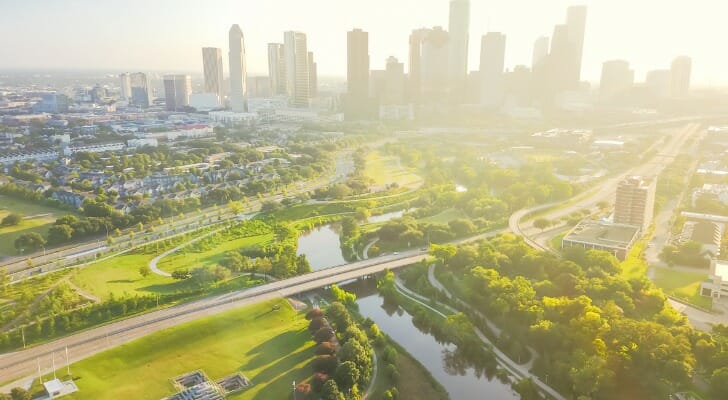 Houston is home to 2.1 million people, according to the U.S. Census Bureau. That makes it the most populous city in Texas and fourth in the nation. This sprawling metropolis is named after Sam Houston, president of the former Republic of Texas. But before you wholeheartedly consider a move to Houston, it would be wise to have a general understanding of the city’s overall cost of living. This can help immensely with your long-term financial planning. You can also enlist the help of a financial advisor who can help create that financial plan with you so that your long-term needs are met.

According to the latest U.S. census, the homeownership rate in Houston is just 42.9%, meaning more than half of the population are renters. This is well below the Texas average of 62.3%. Houston home prices are on the rise too, as data shows a 123.94% appreciation rate from 2000 to 2018, which is one of the better rates across the country, and an 8.6% increase from August 2021 to August 2022.

Although homes in Houston are generally more valuable than in the rest of Texas. As a matter of fact, Austin has a $578,000 median price and Dallas has a $405,000 median price compared to Houston’s $315,000 mark. If you’re curious how much a mortgage may run you in Houston, take a look at our Texas mortgage calculator.

If you’re unsure if buying a house is within your financial means, you’ll likely be renting. The average rent in Houston is $1,304 per month while the national average rent is $1,706. The rental rates have increased by 19% over the last year. A studio near downtown Houston, however, will cost you a bit more at around $1,500 per month.

For a two-bedroom apartment in Houston, the median is $1,432, whereas the U.S. median is $1,295. So the smaller rental places are more affordable but the larger ones, especially near downtown, are going to be higher than the nation’s median because it is still a large city.

Once you’ve moved into your new place, utility bills will become a major part of your monthly budget. A basic utility package for an apartment in Houston will cost you $211.55 a month. That includes electricity, heating, internet, water and garbage. Utilities can vary slightly based on where you live and what has been included with your rent if anything.

Houston’s restaurant landscape is ever so slightly pricier than the national average but it is quite affordable for a large city. The average cost for food in the Houston area is $28 per day per person if you’re eating out frequently. Dining out for a single meal in the area is going to cost you around $11 per person.

Prefer to cook your own food? According to MIT’s Living Wage Calculator, a single adult with no children in Harris County has typical annual food expenses of $2,994. For a married couple with two kids, that estimate jumps to $8,822.

A 30-day unlimited pass on Houston’s METRO public transportation system will cost you $90. It’s a driving city, though, with an average commute time that nearly passes the hour mark, according to EducatedDriver.org.

Houston is also one of the few US cities where “slugging” is common. What’s that, you ask? It’s informal ride-sharing among strangers. On any given weekday at Houston’s park-and-ride hubs, strangers will line up and accept rides from other strangers.

Drivers benefit handsomely from this system, as they get to use the High-Occupancy Vehicle (HOV) lane and beat traffic. On the flip side, passengers get a free ride, so everybody wins. Slugging has been going on in Houston for over 20 years.

Houston residents pay a sales tax of 8.25% when you combine state, county and city rates. That’s pretty steep, but there’s a silver lining. Texas has no state income tax and neither does Harris County, where Houston is. Of course, you’ll still have your federal income taxes withheld from each paycheck, but you won’t owe state or local income taxes come April. 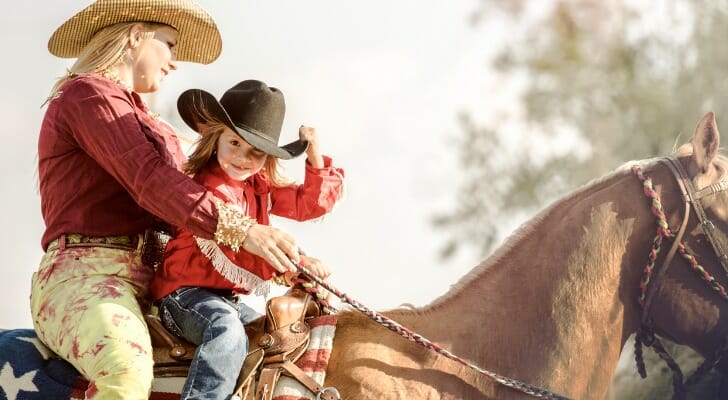 Houston has a lot to offer when it comes to cultural attractions. The Houston CityPASS serves as a ticket to five Houston attractions, saving you 47% compared to the combined price of admission to each of the five sites. The CityPASS gets you into:

Prefer sports games to museums? You’re in luck. Houston has teams in Major League Baseball (Astros), Major League Soccer (Dynamo), the National Basketball Association (Rockets) and the National Football League (Texans). Here are the average ticket prices to see each of these teams:

What about the city’s most famous attraction, the Houston Livestock Show and Rodeo? The cheapest RodeoHouston tickets go for $20, but the average cost for a ticket is $85.

There is a lot to consider when considering a move to Houston, Texas. Some of the most important factors are all related to the cost of living in Texas and the greater Houston area. Many people have chosen to move to Texas because of its booming tech sector and overall positive tax rates, with no state income tax. Your individual situation will likely dictate whether Houston has the right cost of living for you to make the move.

Tips for a Move to Houston