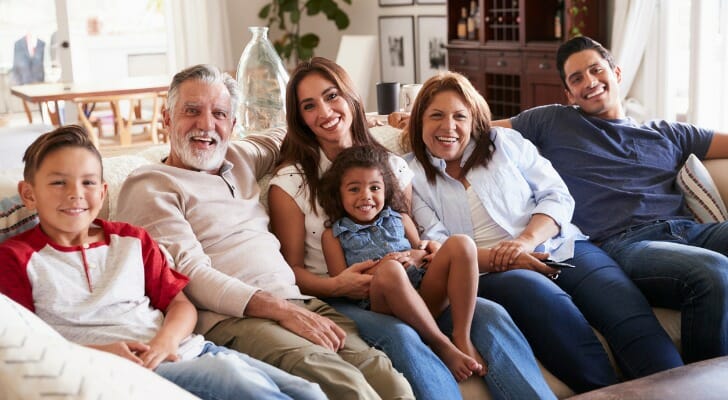 Almost one in every 25 households in America consists of three or more generations living under the same roof. Specifically, in 2018, of the roughly 122 million households in the U.S., about 4.61 million of them were multigenerational. Though this number has remained flat nationally over the past several years, states have seen wide variations in the prevalence of multigenerational households. 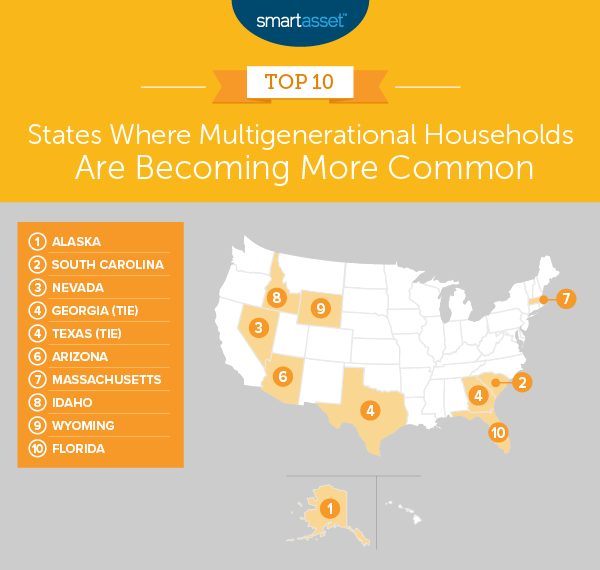 Alaskan families seeking advice on wills and estate taxes in the state may wish to take a closer look at our guide to Alaska inheritance laws.

In recent years, the number of multigenerational homes in Nevada, a relatively tax-friendly state for retirement, grew by 18.00%, from about 40,700 in 2014 to almost 48,000 in 2018. With that increase, 4.25% of households in Nevada were multigenerational in 2018, the ninth-highest percentage across all 50 states and the District of Columbia.

If you live in Arizona and are hoping to improve your financial situation, consider taking a look at our list of the top financial advisors in the state.

To find the state where multigenerational households are becoming more common, SmartAsset looked at data for all 50 states and the District of Columbia across the following three metrics: