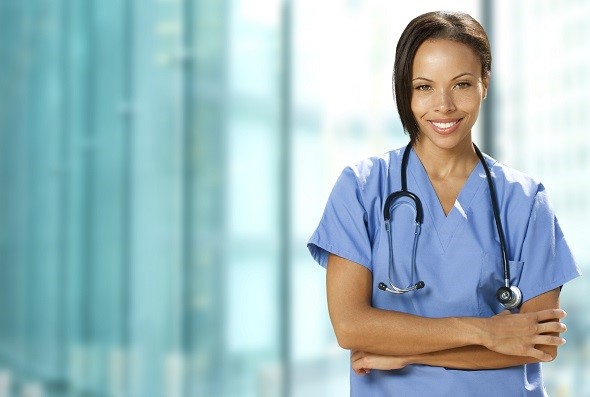 Since 2009, the number of nurses in the United States has grown by almost 7%. Thanks to an aging population, the job growth for nurses is expected to continue apace in the near future. The Bureau of Labor Statistics projected total job growth for registered nurses would be 19.4% between 2012 and 2022. That places nursing jobs among the most rapidly growing in the U.S.

Check out the 2016 edition of this annual study.

That growth is not occurring evenly in all parts of the country, however. Some metros have seen the number of jobs for nurses shrink over the past few years, while others have seen job growth in excess of 30%. Meanwhile, growing wages for nurses across much of the country have been hampered in some cities by skyrocketing rent and living expenses.

To find the best places to be a nurse, SmartAsset looked at Bureau of Labor Statistics (BLS) data on income and employment for nurses in 127 of America’s largest metro areas. Specifically, we considered the following six metrics:

We ranked each metro area on those six metrics and then averaged those rankings, giving equal weight to each metric. Lastly, we calculated an index score ranging from 0 and 100 based on the average ranking. The city with the best overall average scored a 100. 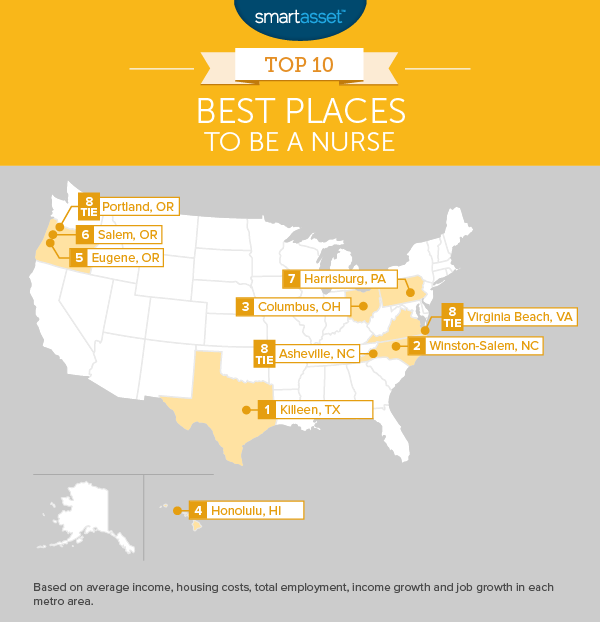 The Killeen metro area is located in central Texas about an hour north of Austin. The region’s population has been growing rapidly in recent years. The city of Killeen grew by nearly 50% from 2000 to 2010. That growth means increased demand for healthcare services and for nurses in particular.

According to the Bureau of Labor Statistics, the number of professional nurses in the Killeen area has grown by 26% since 2009, while the average income has grown by more than 11%.

Nurses in the Killeen metro now earn an average of $63,775 annually. Plus they get to keep more of their earnings than nurses in many major cities, thanks to low housing costs and the tax environment in Texas, which has no state income tax.

Ohio State University, which is located in Columbus, is ranked as the 22nd best graduate nursing school in the country, according to U.S. News & World Report. The school has a total student body of just under 700 students. If they want to stay put after graduation, nurses should have no problem finding a job in Columbus (which is also a top town for tech workers). The city has added an average of 1,500 nursing jobs annually over the past half-decade.

Honolulu is one of the most expensive cities in the country, but nurses in the city generally earn more than enough to cover those high living expenses. The average income for nurses in Honolulu is $87,353.

Even after paying housing costs that are nearly $20,000 per year on average, among the highest in the U.S., the remaining discretionary income for nurses is over $67,000 (though that could be about $20,000 lower after federal and state income taxes).

The Eugene area has seen a number of hospital openings and expansions this year, with more planned in the near future. In the spring, an $84 million psychiatric facility opened in Junction City, just north of Eugene. The McKenzie-Willamette Medical Center, located in Springfield, is beginning an $80 million expansion that is expected to be completed in 2018.

Buying a home in Oregon? Check out mortgage rates here.

Those projects, along with expansions or openings of other smaller clinics, will mean plenty of new opportunities for nurses in the Eugene metro area. That is in addition to job growth reflected in our study. The Eugene area already added almost 300 nursing jobs in 2014 alone.

According to a study by the Oregon Health and Science University, the percentage of Oregonians who lack health insurance fell from 14% to just 5% between 2013 and 2014. That decrease, likely a result of the Affordable Care Act and the expansion of the state’s Medicaid program, means more paying customers for hospitals.

Nurses may be among the beneficiaries of that increase in customers. The average income for nurses in Salem grew by 10.8% from 2009 to 2014.

The Pennsylvania capital and surrounding area ranks as the seventh best metro area in the U.S. for nurses. Nurses in the area have seen strong income growth and strong job growth over the past five years. Incomes have increased by 10.7% over that time period, to an average of $64,286 in 2014. According to the BLS, nurse anesthetists in the Harrisburg area are the highest earners, with an average income of about $170,000, followed by nurse practitioners, who earn an average of $96,000 annually.

According to the city of Asheville’s 2014 financial report, the largest employer in the city is Memorial Mission Hospitals, which employs over 3,000 people in the city. The Asheville metro area ranked 5th of the 123 metros in our study for the ratio of nurses in its workforce. Nurses constitute 4% of the total workforce in the area.

Nurses in Oregon’s largest metro area are among the most well-paid in the U.S. The average income for nurses in the Portland region is $84,291. That leaves about $70,000 after housing costs, the eighth highest level of any metro in SmartAsset’s analysis. Even after paying Oregon state taxes of about $6,000 (on $85,000 in income), nurses in the Portland metro would still rank toward the top of the U.S.

From 2013 to 2014, the average income for nurses in the Virginia Beach metro area grew by 5.7%. That’s the sixth highest income growth over that time period and it reflects a longer trend. Incomes for nurses in the Virginia Beach area have grown steadily since 2009, even as average incomes across the rest of the economy have remained relatively flat. 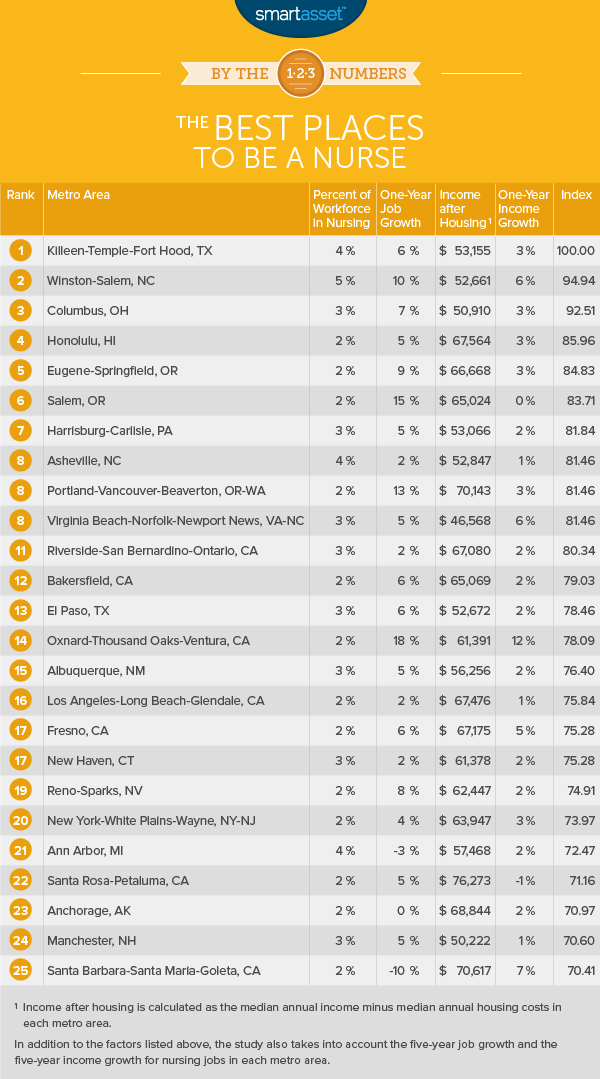 Read the 2016 edition of our study on the best places to be a nurse.