The SmartAsset Guide to Interest Rates 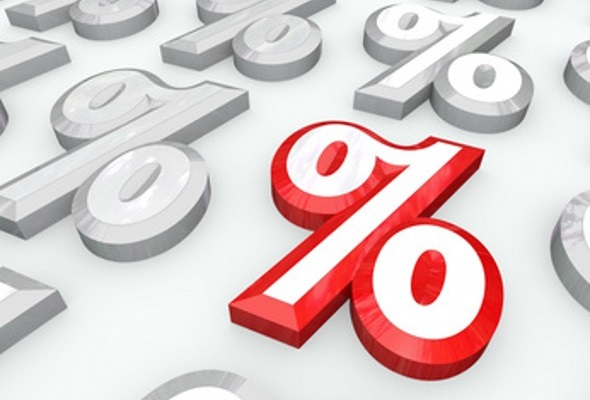 Find out now: What card is best for me?

Most people know that interest rates are charged for loans, but they are also charged for mortgages, credit cards, and bills as well. Interest rates vary, and although they typically tend to be in the same range, some can be very high. It’s important to know one’s interest rate because sometimes if the rate is high enough, despite payments being made, the rate can add more than the amount being subtracted by the payment, leaving the borrower with actually more debt. However, interest rates are typically competitive though there are a few exceptions. People considered to be risky by the bank or likely not to repay their debt get charged higher interest rates. Additionally, certain loans such as credit cards are always assigned higher interest rates because of the fact that they are more expensive to manage.

In discussing interest rates, we also have to discuss APR. APR stands for Annual Percentage Rate, and is the typical expression of interest rate. It also serves as a way to compare the costs of a loan.  The APR was created as a provision of the Truth in Lending Act, created in order to clear up the confusion of loans.

The APR is quoted to potential borrowers by lenders, and is the actual cost for borrowing, although sometimes there are additional fees such as insurance or processing fees not included in the APR. The APR may simply be the interest rate, but in some cases it will be higher if a lender decides to charge an interest rate plus a one-time fee called a point, which is a percentage of the total loan. Therefore, knowing the APR is useful to a borrower in comparing two loans, as one loan might charge a lower interest rate but also charge points, whereas the other might charge a higher interest rate with no points. It’s important to consider APR when borrowing a loan.

While it is recommended that you only use your credit card if you have the sufficient funds to pay off the debt accumulated, many people fall behind on payment. The amount of money they owe starts to snowball, due to 1) continual usage of the card with insufficient funds and 2) interest. Credit cards come with a fairly high interest rate, which can be averaged according to card type. Currently all fixed-rate credit cards are at an average APR of 13.02%, whereas the average for variable-rate credit cards are at an average of 15.16%.

Those who acquire credit card debt and are only able to afford the minimum payments end up having to pay off their debt over a long period of time, made longer by their interest adding more to their debt every month.

Take this example: A man has $2,000 on his credit card. He pays the minimum payment on his card every month, 3%. If his principal amount is $2,000 and his interest for the first month of his debt is $33.33, his 3% payment of $60 does not go very far. More than half of it goes to paying off his interest, and only $26.67 goes to chipping away at the debt. Let’s say he continues to go that route and pays off the rest of his debt only through minimum payments. It will take him 15 years to absolve the $2,000 credit card debt. However, in total he has paid $4,240 over those 15 years because of the interest added to that debt, which was $2,240, a sum actually higher then his debt itself.

The Federal Reserve System, the Central Banking System of the United States, establishes the interest rate at which banks trade balances held at the Federal Reserve typically overnight on an uncollateralized basis, known as the federal funds rate. When one bank lends to another the two banks negotiate the interest rate and the average of this rate across all transactions is known as the federal funds effective rate. Individual banks determine what the “prime rate” is, the base rate for many kinds of loans, including small business and credit card loans. Most banks set their prime rates with the federal funds effective rate partly in mind.

A mortgage is a property loan acquired by a buyer in order to pay the seller for a piece of property in the full amount. When a mortgage is taken out, the buyer owes the lender the full amount borrowed as well as the interest rate and fees. The lender holds the deed to the property as collateral until the loan is paid in full.

There are different mortgage loan lengths, but the traditional loan is a 30-year fixed rate mortgage. The current average rate on a 30-year fixed mortgage is 3.54%. This is an extremely good rate, as evidenced by its closeness to November’s average of 3.31%, which was a historic low based on records going back to 1971.

There are a lot of factors that determine how rates are figured, and terms that are used within mortgage rates specifically. Market conditions affect mortgage rates. When the Federal Reserve Board decreases federal funds rates (the rate at which banks lend to each other) there is potential for an increase in inflation, because people spend more. Mortgage rates can change with concerns about inflation and also fluctuating job growth. In a nutshell, the market establishes the interest rate and then a margin gets added to determine final mortgage interest rate.

An interesting tool is “locking in” a rate. This is the option of locking in a specific interest rate for the entire length of your loan, and it typically has to be done within a set amount of time. For example, a lender can agree to charge 4.125% for a 30-year fixed rate loan for 30 days – meaning that if the loan closes within 30 days, the borrower will get that interest rate locked. Locking in an interest rate can be beneficial if interest rates seem to only be headed up. However, if the rate lowers at all during the length of the loan, the borrower will not be able to benefit from a lower rate – they must pay the locked in rate, regardless.

Points, which we discussed earlier, are a way to receive a lower mortgage interest rate. One point equals one percent of the total amount of a loan. The more points you pay up front, the lower interest rate you will get. Similarly, the more money a buyer gives as a down payment, the less money they need to be loaned, which decreases a lender’s risk, often resulting in a lower rate. A word of caution is that if your credit payment history is bad you may only be eligible for higher interest rate loans. Additionally, the borrower’s debt obligations are weighed against their current income. The higher the ratio of debt to income, the higher risk there is that the borrower will be charged a higher interest rate. Property type also plays a part in the interest rate quoted, because the more variables there are (i.e. a multi-family home versus a single-family home) the riskier it appears to a lender, which may drive the rate up. Lastly, the amount of money borrowed also affects the interest rate.