How Does a Strangle Option Work? 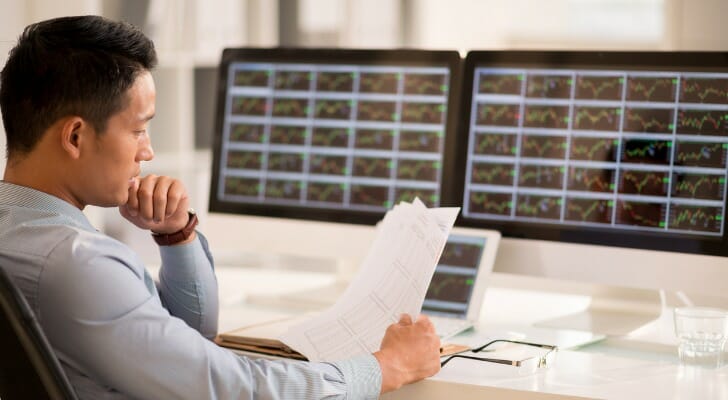 The strangle is an options strategy that you create out of multiple options contracts to maximize your upside while minimizing your risk. With the strangle, you generally believe you know which direction the underlying asset will move. Your position emphasizes this expected movement, but at the same time you open a second option contract to hedge your bets. This creates a position with some risk in the middle, but ultimately capped losses. Here’s how it works.

A financial advisor can be an invaluable ally as you engage in options trading.

What Is the Strangle?

The strangle is an options trading strategy built around hedging risk.

Additionally, a typical strangle position brackets the current price of the asset. Your call contract has a higher strike price, and the put contract a lower strike price, than the asset’s price when you open the position. The expiration date of an options contract is the date on which you can execute the contract. The strike price of the contract is the price at which you can trade the underlying asset. So, an options contract gives you the right (but not the obligation) to trade a given asset, for a specified price, on a certain date.

Ultimately, with a strangle, you have invested in the magnitude of price changes, not in the direction of them.

Example of a Strangle

Say you want to build a strangle around ABC Co.’s shares. At the time you open your position, ABC Co. stock is trading at $25 per share. You can open the following contracts:

How to Use a Strangle 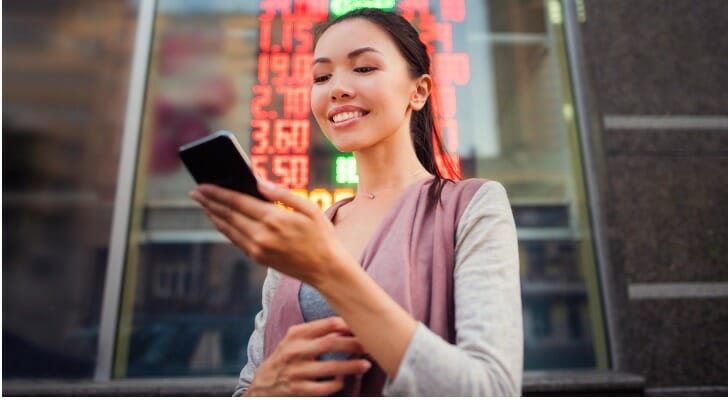 A strangle position always begins at a loss. When you open this position you pay the premiums associated with each contract. These premiums define the risk of a strangle position. Since this is an options position, if your contracts expire unprofitably they simply pay nothing. As usual with an options position, this makes the strangle good for risk management. Not only do you know the outer limits of your risk going in but those costs are entirely up front.

However, the premiums of a strangle also create what’s called “breakeven points.”

If the price of the underlying asset rises or falls past one of your strike prices, the related contract will close in the money. However, for your strangle position to close profitably, your contract must make enough money to offset the cost of your overall premiums.

Opening a strangle position is an investment in high volatility. Because your strike prices bracket the asset’s current price, the asset has to swing significantly in order for your position to close profitably.

A Strangle in Practice

Say that ABC Co. is trading at $25 per share. We can open the following strangle position around this stock:

A single option contract typically involves 100 units of the underlying asset. As a result, we pay the following premiums:

It costs $300 to open this position, which is our total amount of risk. (For simplicity’s sake, we have not included any brokerage or trading fees.) This makes our breakeven prices $30 and $17 on each end. At these prices each contract would make $3 per share, for $300 per contract. Beyond these prices our position closes profitably. Inside of these prices, our contract either doesn’t make any money or doesn’t make enough money to offset the premiums.

For example, say that by Aug. 1 ABC Co. has fallen to $15 per share. Our call contract closes out of the money and we make nothing off of it. Our position closes as follows:

On the other hand, say that by August 1 ABC Co. has risen to $28. Our put contract closes out of the money and we make nothing off of it. Our position closes as follows:

Why Use a Strangle 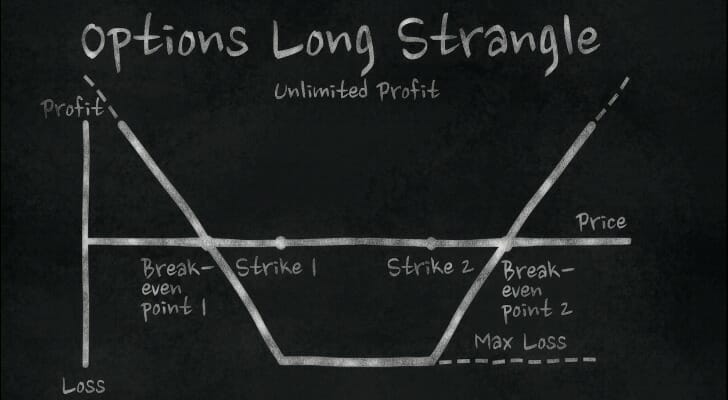 The strangle is a variation on another options position called the straddle. These are both neutral positions built in almost identical ways. The only difference is that with a straddle, both contracts use the same strike price. With a strangle, your call and put contracts use different strike prices. Like the straddle, the strangle protects you from both market upsides and downside. However, since the strangle involves a range between the call and put strike prices, you need more volatility before the contracts in a strangle go into the money.

There are two main reasons why you would use a strangle position.

Second, a strangle contract is useful because it is cheaper to open than a straddle. This gives you the same neutral position as a straddle, allowing you to profit off volatility in either direction. However, since you set your strike prices out of the money, your premiums are generally going to be cheaper than with comparable positions.

A strangle option is a trading strategy where you take both a call and a put against the same asset, but spread those positions out a bit. This is a good strategy for if you think you know what the asset will do, but want to hedge your bets just in case. But be careful: Unless the underlying asset is highly volatile, you could lose some real money.