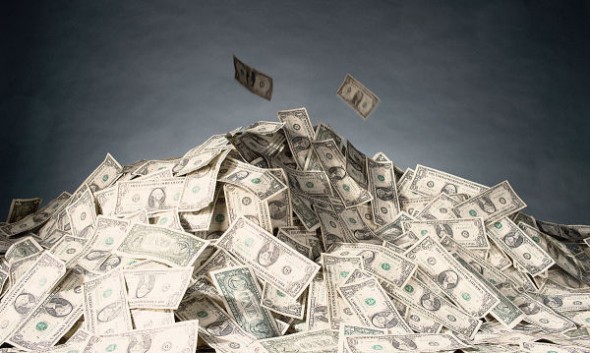 Five years after the Great Recession and resulting financial crisis, the economy still has not recovered to the degree that economists and policy makers had hoped. Unemployment is on the decline, the threat of deflation has abated, and the stock market is at all-time highs. Yet Americans are not spending. Consumer spending is the final piece to an economic recovery. Without it, the present recovery has remained tenuous, fueled as much by Federal Reserve action as by true growth.

But the economists and policy makers who hope for consumer spending to return to pre-crisis levels will almost certainly be disappointed. The flaw in this hope is to discount the deep scars that were left by the carnage of the recession.

High levels of consumer consumption fueled the economy for years. But the dark side to that equation was that many people used debt to keep up with the ever increasing expectations of the consumer economy. Even what some people considered “savings” took forms such as home equity or paper value of stock which were themselves fueled by borrowing, rather than true wealth accumulation.

Having learned the hard lessons of the recession, many Americans who now have good jobs and the ability to save, have become more frugal, unwilling to borrow to support their lifestyle.

The younger generation of Americans, who began their professional careers around the time of the financial crisis, have shown little interest in following the borrowing and investing patterns of their parents.

The response to the stock market rally that started in March 2009 and continues four and a half years later is telling. Small investors have mostly stayed away from stocks. Mutual Fund investment in America has shrunk by $521 billion in the five years since the crisis, according to data from Lipper.  If you talk to people now, they do not express the feeling that they have missed out on a huge opportunity, (even though a dollar invested at the 2009 market low would be worth $2.60 today). The feeling is that the stock market is too dangerous and people who got burned once don’t want to let it happen again.

Most economists see this trend as temporary, and the data from past booms and busts supports that analysis. But another thing we witness from past economic cycles is that generational habits can be formed from serious economic disasters. The collapse of Lehman Brothers in 2008 has the potential to be just such an event.

Just as the generation who lived through the Great Depression remained frugal for the rest of their lives, the generation that came of age during the latest financial crisis are forming habits, some of which will last a lifetime. The long term effects may not be fully realized for decades.

Impact on the Economy

Most economists consider increased savings and curbed consumer spending as a negative. When millions of families change their habits in this way it is indeed a drag on the economy. But for the individual household, it is far healthier behavior than reckless borrowing or complete depletion of savings. It may mean that the economic recovery will go slower than hoped. But healthy savings patterns could set the country up for more stable long term growth, just as it did in the generation that followed the Great Depression.