Ripple (XRP): What Is It, History and How to Buy 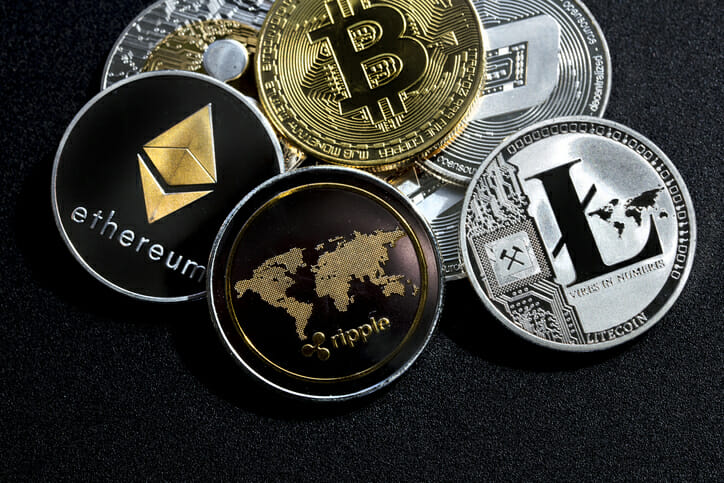 Ripple (XRP) is a real-time gross settlement (RTGS) system, which is a specialist money transfer network, currency exchange and remittance network. Released in 2012, it was created by the U.S.-based technology company Ripple Labs Inc. and validated by independent servers. The currency that is traded is known as XRP, which is a cryptocurrency. Although XRP’s highest value was in 2018, by April 2021, its price skyrocketed to the highest point since then, despite regulatory concerns. XRP can be exchanged for most other currencies and helps users avoid wait times associated with banks. However, cryptocurrency investments are quite volatile, meaning that values can often fluctuate. A financial advisor can help you build an investment plan that includes crypto.

What Is Ripple (XRP)?

Unlike other forms of cryptocurrency such as Bitcoin and Ethereum, Ripple is not made up of a blockchain, but rather what’s called a “hash tree.” XRP cannot be mined, because there is a limited number of coins: 100 billion.

Blockchain technology is the basis of cryptocurrency. It is a type of database that collects information together in groups, or blocks. Each new piece of information that follows a newly added block is put together into a newly formed block that is then added to the chain. As the name implies, block chain structures data into blocks that are chained together.

Ripple works like blockchain, because multiple nodes are used to process a transaction. The payment process involves someone sending a transaction, the information being given a single value and being sent out to a shared public database, validating servers or nodes sharing the information and – if separate servers report a match – the transaction being authorized and processed.

The reason that the system is not similar to Bitcoin is that it does not involve proof of work (through which a miner on the Bitcoin blockchain completes a complex equation to show the work before the block is accepted into the chain). By contrast, the Ripple model is consensus-based. Once consensus is reached, the transaction is cleared. Because of this, the Ripple network can process 1,500 transactions per second, whereas Bitcoin can handle between three and six of these transactions and Ethereum can handle 15 of them in the same time frame.

Despite not being identical to the blockchain system, the Ripple process is relatively efficient and speedy. This represents a major reason banks and payment processors are considering and exploring what it looks like to use Ripple.

Additionally, Ripple isn’t exactly decentralized in the way that Ethereum, for example, is. The developers have some control over a mechanism that protects the system from malicious operators, but that also means that Ripple can technically control which servers are accepted on to the network (making it a central authority). This is why some would even say that XRP is not a true or standard cryptocurrency.

How to Buy Ripple (XRP) 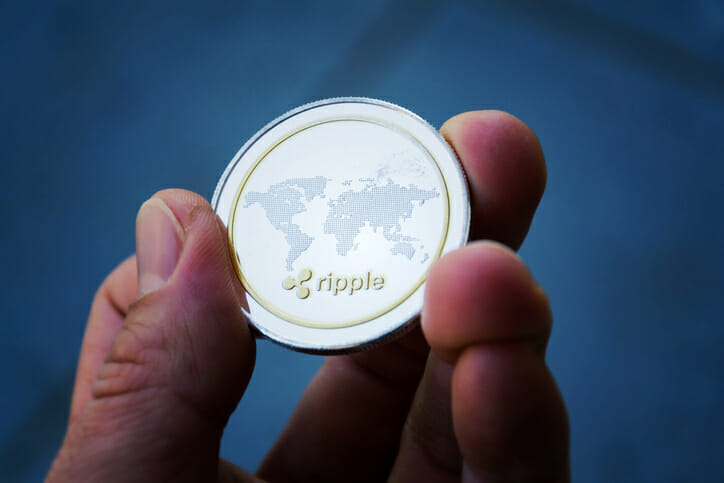 Ripple is available on a number of exchanges. XRP is its cryptocurrency token. The first step for a buyer of XRP is to create and verify an account on one of these exchanges, such as Bitstamp, Kraken or GateHub. You can then deposit funds and begin trading. Some other exchanges that also allow you to trade XRP include CoinOne, Bitso, Coincheck, Korbit, Bitbank, Qryptos, BTCXIndia or Bitsane.

You can send, receive and store XRP in what is called a wallet. Generally, your cryptocurrency wallet lets you read your balance, send transactions and connect to applications. You need a wallet to send funds and manage your cryptocurrency, meaning that your wallet is only a tool for doing this. As a result, you can often swap wallet providers at any time. Many wallets also let you manage several accounts from one application, because only you – not the wallet – have custody of your funds.

It is possible to buy fractions of XRP, with the smallest being 0.000001 XRP.

Jed McCaleb, an American programmer and entrepreneur who dropped out of UC Berkeley, originally conceived the idea for Ripple in 2011 and founded his company in 2012, initially calling it OpenCoin. He had previously created Mt. Gox, which he first envisioned as an exchange for Magic: The Gathering cards, but it evolved into an influential and notorious bitcoin exchange. McCaleb had co-developers Arthur Britto and David Schwartz ultimately engineer his vision for Ripple. And Britto and Schwartz eventually had Ryan Fugger bring their vision to fruition, as Fugger transformed his original OpenCoin system into Ripple.

By 2018, more than 100 banks had signed up to use Ripple, albeit with most using the infrastructure’s messaging capabilities rather than the XRP cryptocurrency itself.

Also in 2018, Ripple raised a class action lawsuit related to its unregistered sales of XRP tokens, amounting to millions of dollars in gains for Ripple. In 2020, as part of its legal proceedings against Ripple, the Securities and Exchange Commission (SEC) classified XRP as a security, not a commodity, and alleged Ripple’s leadership were allowing the sale of unregistered securities.

The jump in XRP’s value in April 2021 came despite the U.S. suing Ripple for raising over a billion dollars by selling XRP on allegedly unregistered securities offerings. 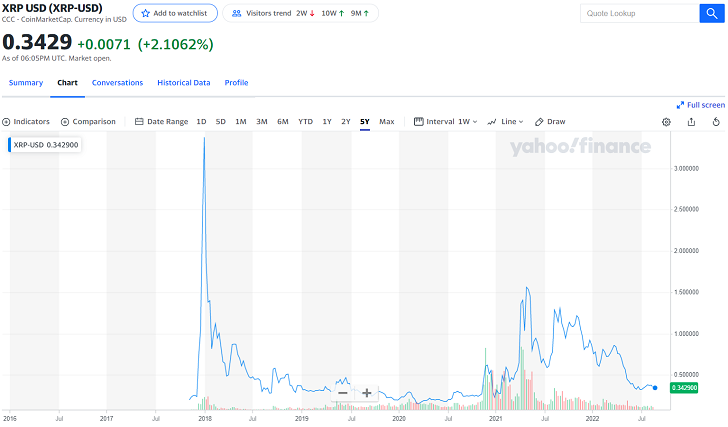 (Past performance does not indicate future results. Chart from August 2022.)

Ripple (XRP) is a money transfer network and digital currency that allows transactions that can happen many times faster than with Bitcoin or Ethereum. With just an internet connection, you can complete various transactions.