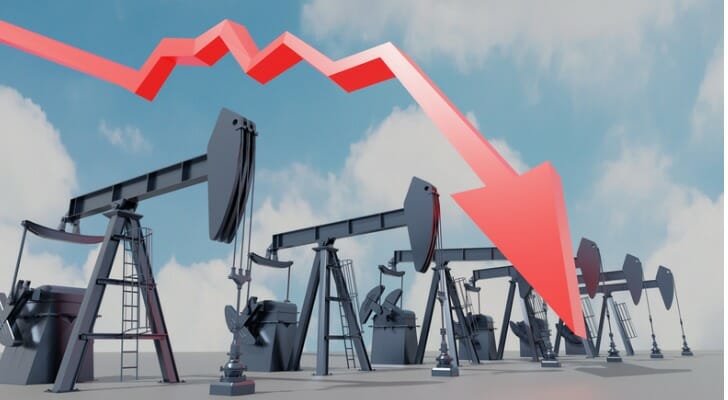 When markets closed on April 20, 2020, crude oil on the futures market sold for -$37.63 per barrel. That minus sign is not a typo. In fact, the price of crude oil had indeed closed negative, tumbling far below its previous all-time front-month contract low of $10.42 per barrel set on Mar. 31, 1983. Many sellers were literally paying buyers to take their oil. This chaos in the oil market is largely due to the coronavirus pandemic, which has caused plummeting oil demand. Here’s what’s going on.

In brief, storing and keeping barrels oil has begun to cost more than the crude oil itself. By selling their oil, traders could stop paying to warehouse their stores. This had become so valuable that buyers could actually demand payment in exchange for assuming the cost of storing oil. This has to do, chiefly, with an intersection between the ongoing coronavirus shutdown and its effect on demand; an abnormal oversupply in the global supply of crude oil; and the way that oil is traded worldwide.

What Happened to Oil Demand

Demand has cratered. In ordinary times the world consumes between 98 million and 100 million barrels of oil every day. (The term “barrel” does not refer to an actual steel barrel; it refers to 42 gallons of oil.) To supply this demand, oil producing countries (including the United States, currently the world’s top producer of oil) produced a little over 100 million barrels of oil per day.

But the ongoing coronavirus quarantines have dramatically shifted those patterns. In the United States, approximately 94 percent of all oil consumption comes from transportation and industrial uses. This includes the automobiles that people aren’t driving to work; the fleets of airplanes currently grounded; and the factories sitting idle by government order. While consumers still use electricity and heating in approximately the same amounts (if not more so), those sectors contribute to a tiny fraction of overall oil use; 6% in the United States. The supermajority of consumption, industry and transportation, has slowed considerably.

The result is that over April 2020, global demand for oil has fallen by an estimated 29 million barrels per day relative to April 2019. The International Energy Association forecasts that this will continue, with consumption in May, 2020 falling by approximately 26 million barrels per day relative to May 2019. Analysts say that this decline has been driven entirely by the coronavirus quarantine measures and related shifts. 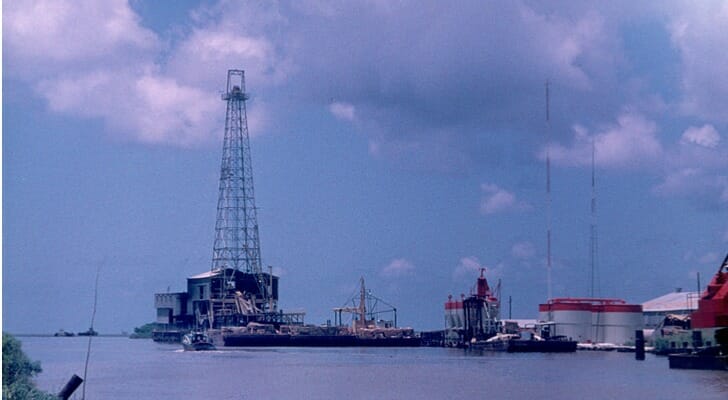 What Happened to Oil Supply

At the same time, the world’s producers have been producing at high levels. In recent weeks the United States has led an effort to convince major oil-supplier nations like Saudi Arabia and Russia to reduce their production due to the ongoing crisis. This has proven difficult as shutting down oil wells is an expensive process, and many oil-rich nations depend heavily, if not entirely, on oil exports to sustain their domestic markets. Threats to prices and production can cause instability across economies like Venezuela, Russia and Middle Eastern countries. Nevertheless, OPEC has agreed to cut production by approximately 10.7 million barrels per day and, with additional cuts from the U.S. and Canada, global oil production is expected to drop by approximately 12 million barrels per day in May.

This still leaves the world swimming in unused oil, an overage of approximately 17 million barrels per day. And there is nowhere to keep it all.

Oil fields overproduce by less than 2 percent of the world’s total. This has created an efficient network that rarely keeps product on hand for very long before sending barrels of crude oil to the refineries, which turn it into petroleum products such as gasoline, jet fuel, diesel, base materials for plastics and more. With fewer markets for those finished products, however, refineries have begun reducing the amount of crude oil they take in. (Also, while crude oil generally does not deteriorate, many finished petroleum products such as gasoline do. This makes them difficult to stockpile, and inefficient to produce in quantities that significantly exceed consumption.)

This has led vast quantities of crude oil to choke storage facilities, as fields continue to produce oil that refineries and markets have no room for. By early April, nearly 1 billion barrels of unused oil had accumulated worldwide, with between 80 million and 100 million of those barrels kept in tankers that no port had room to unload, according to reporting by Oil Price.

The world storage network was not designed to accommodate this. It was built for a product that people consume almost as fast as companies can get it out of the ground. With some exceptions, storage facilities are mostly transitional, intended to hold barrels of crude oil as they pass through from the fields to the refineries. Like just-in-time retail networks and razor-thin hospital margins, these optimized energy networks have proven unable to respond to the sudden changes brought on by the coronavirus. 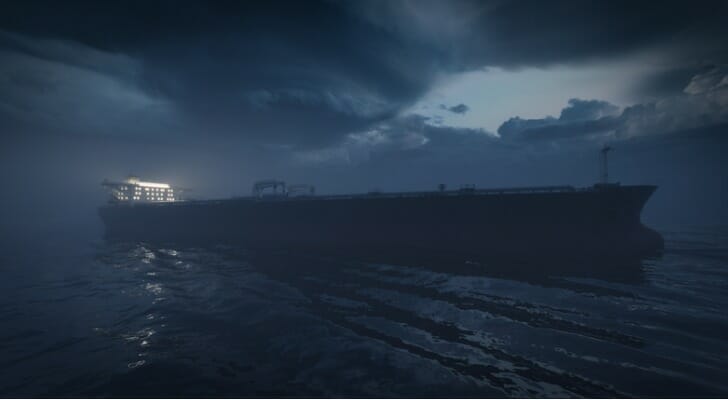 By late March the price-per-square-foot to store a barrel of oil had doubled in many parts of Europe and the United States. This process has accelerated. At time of writing many companies had begun leasing out empty oil tankers to hold their surplus, so-called “floating storage” that cost more than $350,000 per day to keep in dock with unused product sitting in their holds. That contrasts with the 2019 average of $40,000 per day. Spot rates for tankers to store refined petroleum products are above $60,000 per day, compared to the 2019 average of $19,000 per day.

How Oil Prices Have Responded

The result has been a steady decline in the futures price of oil over the course of March and April, as the costs to hold barrels grew and market value declined.

The steep drop on April 20 was caused by the fact that, like most commodities, much of the world’s oil moves through what is known as the futures market. The nature of a futures contract is that the buyer and seller agree to a price when the contract is made, and the transaction occurs at a future date they select. As a result, the traders base their prices on what they believe the commodity (in this case, oil) will be worth on that future date.

In crude oil, many traders buy and sell on a month-to-month basis. On April 21, traders were set to receive the oil they purchased in March. This will create a surge in costs for those traders, who now will have to pay the spiraling storage fees for these barrels of oil. This pushed the immediate price of oil down, as many traders began looking for a chance to offload their expensive purchases.

At the same time, on April 20 traders also entered their contracts for next month’s supply of oil, setting the price for barrels of oil to be delivered in May. Dwindling use, spiraling costs and the immediate crunch of traders looking to offload barrels bought in March all conspired to slash the price per barrel to record lows in a single-day dive.

As of writing, “black gold” had become one of the world’s most expensive commodities to own. The storing crude oil now costs more than the crude oil itself. Buyers could actually demand payment in exchange for assuming the cost of storing oil.

The Energy Information Administration, in its most recent Short-Term Energy Outlook, is predicting that the U.S. will regain its status as a net importer of crude oil and petroleum products in the third quarter of this year.