How to Buy a Plane: Costs, Upkeep and More 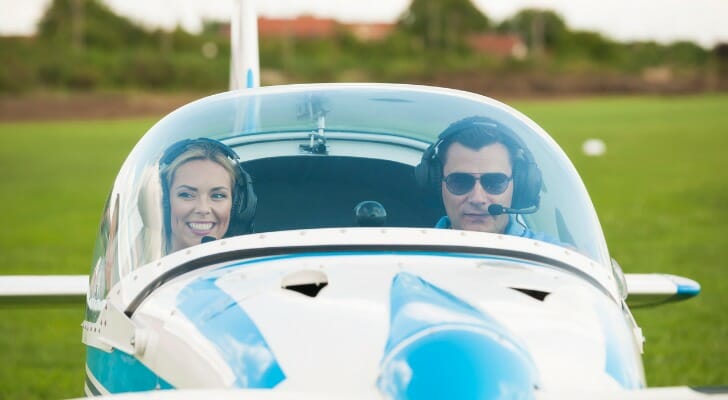 Want to skip cramped commercial airplane seats? Tired of long lines at the airport? Or have you just always dreamed of flying? If so, you may want to buy an aircraft and become part of the nation’s general aviation community. While owning a plane is expensive, that doesn’t mean it’s exclusive to the rich and famous. But before you start in the world of airplane ownership, you need to consider many factors, including costs, maintenance and more.

Are you concerned about fitting a plane purchase into your long-term financial plan? Speak to a financial advisor about it today.

Choosing the Type of Flying Certificate or License You Need

If you simply aim to be an occasional or weekend flyer who goes up for an hour or so alone or with one other person in a single-engine propeller plane, then a recreational or sport pilot certificate may be adequate. But if you’d like to fly several people and go for longer distances, then a private pilot’s license is the best option.

You’ll need more than a private pilot’s license if you’re planning on piloting a twin-engine propeller aircraft or a jet.

Crafting the Budget for Your Plane Purchase

While making a budget would normally come first, it might be easier to see the average costs of planes before working it into your budget. Seeing what you can afford should be very close to the top of your list.

Buying a plane without knowing how much (or little) plane you can buy can cause you to fall into deep debt or put your other financial investments at risk. When you lay out how much you can afford, consider not only the cost of buying the plane new or used, but also maintenance costs, upkeep, fuel, storage and insurance.

Before you commit to being the sole owner of an aircraft, consider fractional ownership and also renting. These options are less expensive than full ownership but availability can be a problem.

Getting a Loan for Your Plane 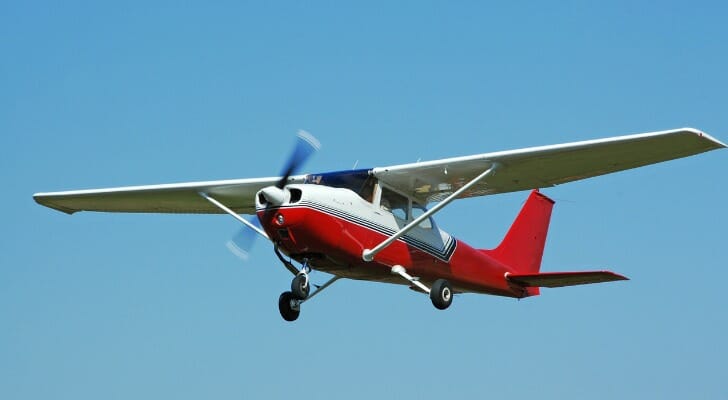 Figure out what size loan you can service. And like buying a home, a pre-approval letter shows you’re not just looking at planes, but have an intent to buy one. You can compare lenders to see which ones offer the best financing, but make sure your credit is in tip-top shape and you qualify for the best financing terms. A pre-approval letter also tells the lender you’re serious about a quick sale and not looking for a long closing.

Some lenders specialize in aircraft loans. Many of these lenders are members of the National Aircraft Finance Association. For single-engine planes, such as the Cessna 172 pictured above, aircraft lenders will require a minimum down payment of 15% on aircraft built after 1960 and 20% for older aircraft, according to the Aircraft Owners and Pilots Association. AOPA also says loan terms range from 5 to 20 years, with 20 years only available on loans of $75,000 and above, and rates between 4.38% and 7%.

Picking a Plane to Buy

When it comes to general aviation aircraft your choices are legion. There are single-engine and twin-engine propeller aircraft as well as small jet planes. There are planes that land and take-off from the water, known as amphibious aircraft. Aircraft are available new or used. The price range for planes is vast: A new general aviation jet will cost you at least $1 million, but some used single-engine propeller planes go for under $40,000.

Even though you have an idea of what kind of plane you want to buy, you’ll need to see what’s available. Here are a few places to look:

Unless you’re paying cash for your plane, ask your financing and insurance companies if they restrict the type of plane you can buy. This might impact your search.

Going for a Test Flight

If you aren’t sure what to look for when checking out a plane to buy, consider bringing a team of experts with you, like an aircraft mechanic. See if there are any problem areas that would stop you from buying the plane, ask about accident and incident reports for the type of plane you’re considering and see if you can find the specific aircraft’s complete records.

While a test flight might be one of your last steps, it’s a good idea to make sure you’re comfortable in the aircraft before you buy it. 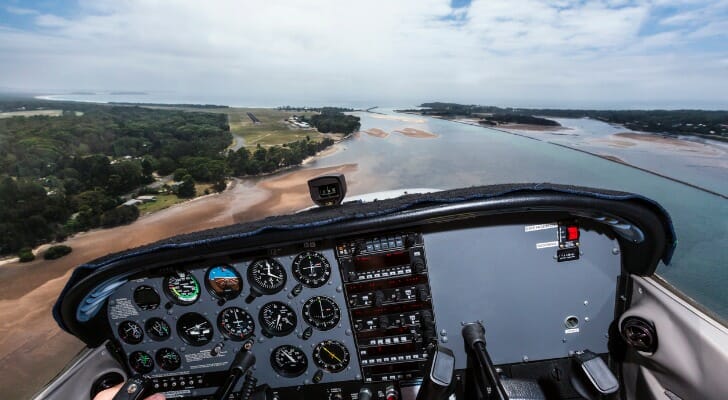 Once you’ve found the best plane for you, it’s time to make your offer and anticipate negotiations. Get your title and escrow finances in order and make sure you have aircraft insurance for your new purchase.

After the deal goes through, you’ll have to register the aircraft and provide proof of ownership to the Federal Aviation Administration (FAA).

While the cost of planes varies by type, size, purpose and use, they’re not the cheapest purchase you’ll make. Before you buy a plane, get your finances in order, search through many different options and make sure you can actually become a pilot.

Tips for Buying a Plane