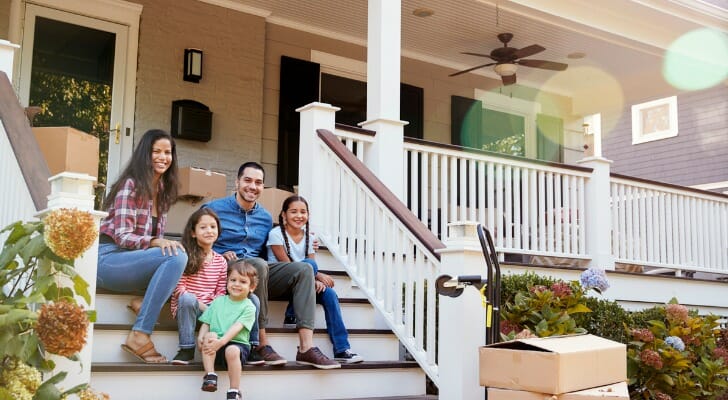 When people picture the home of their dreams, they imagine the white picket fence, the yard and the home with plenty of rooms for both pets and children. But homes like this tend to be either expensive or located in places far from employment opportunities. Plus, even if you do find a home that fits your criteria you want to make sure you’re putting your savings into an asset that will appreciate. And without doing a ton of research, it’s hard to know if you’re buying into an area with rising home values or not. Below, we look at these and other factors to rank the best places to buy a home big enough to raise a family.

In order to rank the best places to buy a home big enough to raise a family, we examined a total of six factors. Specifically, we looked at change in home values, change in rent, percent of housing-cost burdened homeowners, housing costs as a percent of household income, percent of homes with at least two bedrooms and average effective property tax rate. Check out our data and methodology below to see where we got our data and how we put it together to create our final rankings. 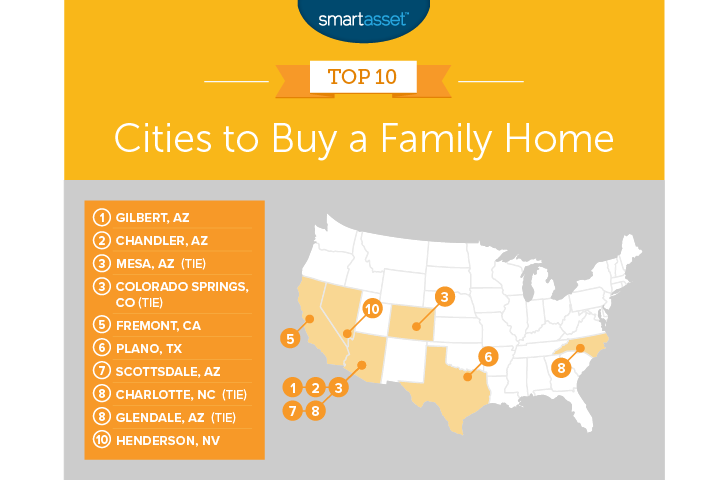 Arizona, specifically the Phoenix metro area, dominates this ranking. Gilbert beats out a strong challenge from its neighbors, Chandler and Mesa, to take the top spot. Gilbert ranks high thanks to its relative affordability low taxes and high density of homes with at least two bedrooms. In each of those metrics, Gilbert ranks no worse than 11th. In fact, families looking for a home here will struggle to find anything but relatively spacious homes. More than 95% of homes here have at least two bedrooms.

Chandler takes second. This city ranked right around Gilbert in every metric and even topped it in a few. For example, Chandler has a lower rate of homeowners who are housing-cost burdened. In fact Chandler has more top 10 scores than Gilbert. The reason Chandler falls to second is because of home value change. From 2012 to 2016 home values in Chandler appreciated by 37% which is a great score. However, home values in Gilbert appreciated by 47%, giving Gilbert the overall edge.

Located just northeast of Chandler and Gilbert is Mesa. This Phoenix suburb has seen explosive growth in home values. The average homeowners here saw their property increase in value by 62% from 2012 to 2016. The problem for Mesa is that it seems it is less affordable for the people who live there than cities ranked above. This city ranks 38th for percent of housing-cost burdened homeowners and housing costs as a percent of median household income. You also need to look a bit harder here to find a home with plenty of rooms. Our data shows that about 85% of housing units here have at least two bedrooms, a relatively low score for this top 10.

Colorado Springs, Colorado comes in tied for third. One of the benefits of being a homeowner is you don’t need to worry about those pesky rent increases. In Colorado Springs people who moved from owning a home from renting avoided an average rent increase of 18%. For that metric Colorado Springs comes in fourth. Another plus to homeowning here are the low property taxes. This city has an average effective property tax rate under 0.5%, the second-lowest in our study. That keeps the long-term costs of owning a home down.

As we mentioned becoming a homeowner means you are not exposed to the risk of rent increases. But rent prices and home values usually move in tandem, a phenomenon recently on display in Fremont. According to our data the median home value here increased by 51% from 2012 to 2016. At the same time the average renter saw their monthly rent increase by 34%. That makes the opportunity cost of not becoming a homeowner very high.

Unfortunately, homes here are fairly expensive, something families need to be wary of, especially with the cost of education on the rise. According to our data, 26% of homeowners here are housing-cost burdened.

Plano is one of the most affordable places to buy a family home, judging by Census Bureau data. The average home here costs about 19% of the local median household’s income. At the same time only 17% of homeowners find themselves spending more than 30% of their income on housing. With all the extra disposable income, parents can look to invest in Texas 529 plans for their children’s education or create growth strategies for their money with a local financial advisor. Although homes here are affordable upfront, they do come with a relatively high long-term cost due to property taxes. Plano has an effective property tax rate of 1.7%.

Back to Arizona for our seventh ranked city, Scottsdale. The average home here is pretty affordable for the average family, Census Bureau data reveals. According to our data the median home would cost just over 19% of the median household’s income. That leaves plenty of disposable income for family vacations or a 529 college savings plan. Arizona property taxes are also quite low another factor which makes Scottsdale a great place for families to lay down roots for the long-term.

The Queen city comes in eighth. Charlotte is by far the largest city to crack this top 10 and is a great candidate for any family looking for a family home in a more urban environment. Charlotte scores in the top 25 in four out the six metrics we analyzed with one score in the top 15. In particular the large increase in rent costs over the past few years have made homeownership a worthwhile endeavor.

The final Phoenix suburb to crack this top 10 is Glendale. Families who moved to Glendale and bought a home around 2012 have seen terrific returns on their investment. From 2012 to 2016 the median home in Glendale increased in value by 61%. For that metric Glendale ranks ninth. The effective property tax rate in this city is 0.67%, which is low by the standards of this study, making it a great place to stick around for a long time.

The final city in our study is Henderson, Nevada. Families here won’t have a difficult time finding a spacious home. Our research shows that nearly 93% of all homes in Henderson have at least two bedrooms. Only four other cities give families as much choice when it comes to large homes. Another reason Henderson is a great spot for families are the rising home values. The median home here saw its value increase by 56% from 2012 to 2016. 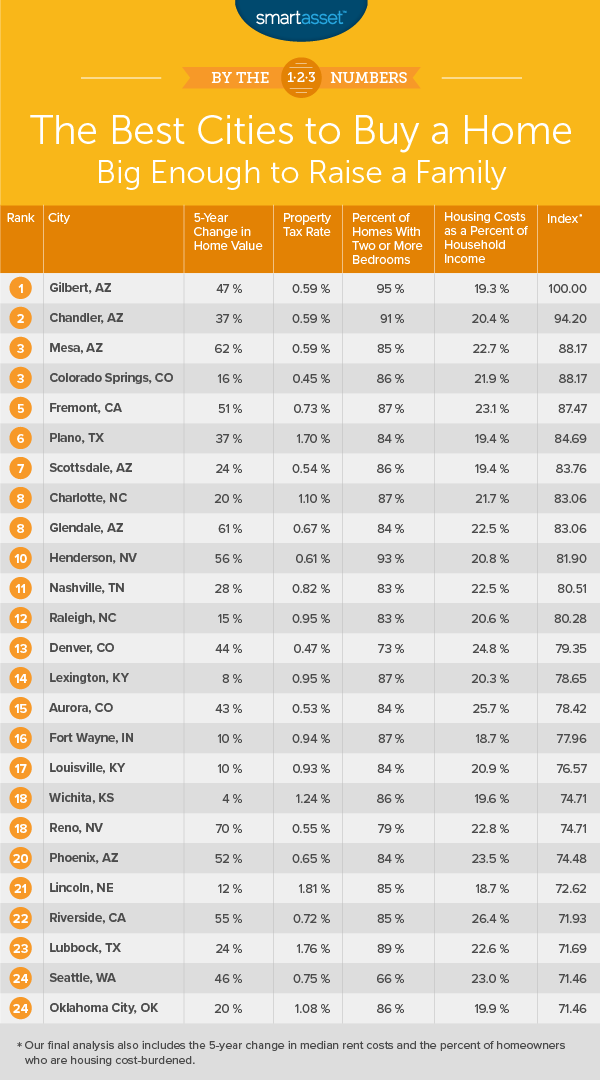 In order to rank the best cities to buy a family home, we looked at data for 100 of the largest cities in the country. Specifically, we looked at the following six factors: