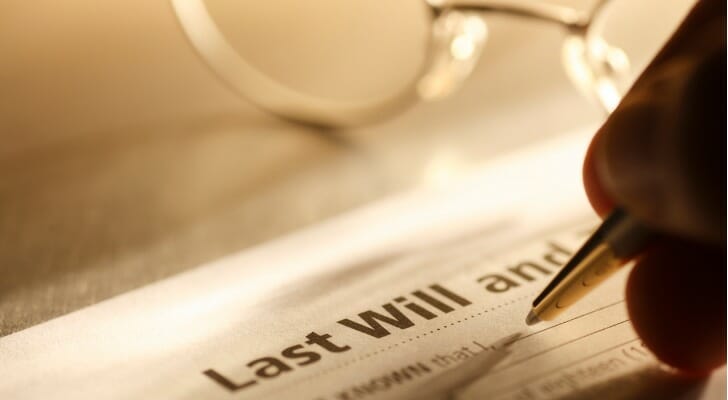 Louisiana does not impose any state inheritance or estate taxes. It’s also a community property estate, meaning it considers all the assets of a married couple jointly owned. If you’re looking for more guidance to navigate the complexities of  Louisiana inheritance laws, reading up on them beforehand will be a huge help. For professional guidance, SmartAsset’s free financial advisor matching tool can set you up with financial advisors who serve your area.

Does Louisiana Have an Inheritance Tax or Estate Tax?

Just because Louisiana doesn’t have an estate tax or inheritance tax doesn’t mean you’re in the clear as far as the IRS is concerned. In fact, you may have to file all of the following:

Estates are their own entities in the eyes of the federal government and IRS, so they don’t carry on the decedent’s Social Security number. Therefore you’ll need to apply with the IRS for an employer identification number (EIN) online, by mail or by fax.

Dying With a Will in Louisiana

The state of Louisiana considers a will testate if the decedent and at least two witnesses (ideally not inheriting a portion of the estate) sign it. A notary must also be present for these signatures, according to Louisiana inheritance laws. Unfortunately for some decedents, what they thought was a valid will could be overturned to invalid, if these requirements are not explicitly met.

When it comes to the actual contents of a will, an executor who is tasked with managing the estate must be named, along with the heirs. If any outstanding debts need to be paid in the name of the decedent, the executor will take care of the payments via the value of the estate’s assets. Only after this are heirs entitled to their portion of the estate, according to Louisiana inheritance laws.

Estates with Louisiana property that is worth over $125,000 will likely have to go through the probate process, according to Louisiana inheritance laws. Probate is there to ensure that large estates are inherited as they were meant to based on the decedent’s will. But should the estate be have a collective value less than $125,000, a small estate affidavit can be filed to allow the will to be handled without the court’s aid.

Dying Without a Will in Louisiana

While it’s usually preferable for the estate of a decedent to be inherited based on his or her wishes, there are plenty of cases where a valid will was simply never written. These estates are commonly referred to as intestate, and they require adherence to intestate succession law to decide on final heirs for your separate and community property.

In many cases, intestate estates must pass through probate to ensure that succession laws are followed exactly as they are intended. But because this process can be lengthy and costly, Louisiana provides an alternative: independent property administration. This policy empowers the heirs of an estate to manage the inheritance on their own, though all members of the collective group must be agreeable to this for it to actually occur. 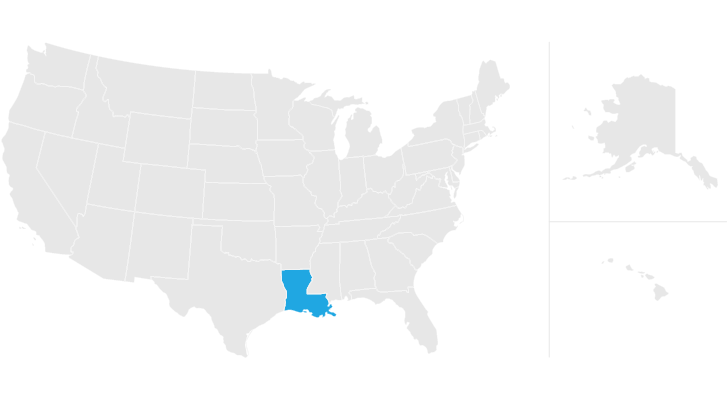 Community property could just as easily be titled marriage property, as anything that either spouse acquires during a marriage is considered communal. This type of ownership is traditionally split evenly between each spouse.

If one spouse receives a gift or inheritance, this property does not automatically fall within the confines of community property. These are seen as separate property, unless they’re placed in a joint bank account or other combined area.

In its most basic form, separate property is everything that isn’t community property, such as property that you received prior to a marriage, inheritances and gifts. But for unmarried individuals, all property is separate.

Whereas spousal inheritances will typically be dictated by the presence of a child or not, Louisiana throws the parents and siblings of a decedent into the mix as well. But if no parents, children or siblings survive him or her, the whole of the estate goes to the surviving spouse.

Individuals who pass away without a will and with children will leave their spouse with very little. In fact, a spouse will only be entitled to receive the decedent’s share of community property under a usufruct. Hardly seen in U.S. inheritance law, a usufruct refers to the right to use a person’s property, though it will eventually fall under the ownership of someone else. In this case, the rights will actually belong to the children, though the spouse will have access to the property for life.

If parents or siblings in Louisiana survive a decedent, intestate succession will afford them again only the decedent’s half of community property, minus the usufruct.

Regardless of whether their parent leaves behind a spouse, Louisiana inheritance laws afford children strong inheritance rights in intestate proceedings. If there is no spouse, the children will split the entire estate among themselves. But if the decedent was married, the children divide every last bit of the separate property and community property among themselves. However, the community property will remain under usufruct for the spouse’s lifetime.

Where the state separates itself from others is its law surrounding a child you had and then put up for adoption. For these children, they’ll remain a part of your intestate estate, even if they were adopted.

Foster children and stepchildren that you never adopted are not heirs to your estate. This won’t change whether you lived with them for a year or for all 18 years prior to their adulthood, according to Louisiana inheritance laws.

Unless your child died before you, their children (your grandchildren) will not be a part of your intestate estate. You can, however, name them in your will if you want them to be included.

Forced heirship is an inheritance law principle that has its roots in Roman civilization. As the only state to implement this idea, Louisiana will force the children of a decedent to be included in the inheritance of their estate.

What’s surprising about this isn’t that children are a focal point. Rather, it’s that, if not for a few very specific legal reasons, children must inherit their portion of the estate, even if their parent’s testate will specifically and purposefully leaves them out.

Your property could be handed over to the state of Louisiana if no heirs turn up through the intestate succession process. While this remains a distinct possibility, the system is meant to find a relative willing to hold onto your property, and it goes in the following order:

The principal job of the Louisiana probate court system is to manage the estates of decedents in the event that there is no will. However, certain assets are declared separate, with their inheritance determined by who was named the beneficiary. Included as part of this policy are:

You can make the beneficiary of these accounts and assets your personal estate, making it eligible for intestate succession and placement on your testate will.

Other Situations in Louisiana Inheritance Law 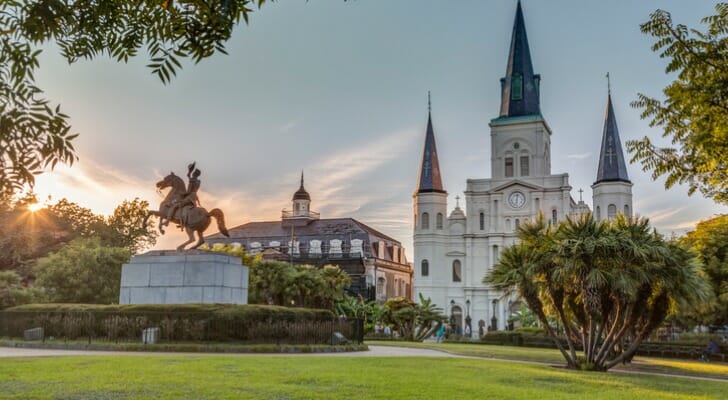 Illegal residents and non-citizens typically hold fewer rights than U.S. citizens, but the right to inheritance is not one of them, at least in Louisiana. In the state, everyone is allowed to receive an inheritance, regardless of their legal standing.

Similar to the rights of posthumously born children, intestate succession-eligible relatives conceived before you die, but born afterwards, garner full rights to inherit like anyone else.

Managing your own estate, or handling the intricacies of inheriting money from the estate of a loved one who has passed away, includes many complex factors to consider. It can be such an overwhelming venture that you might want some help.